Aidano Dallafiora was born in 1939 and now lives in Parma Italy. He worked as a professional nurse. Over the years he cultivated many different hobbies related to manual skills. Among them and for over 40 years he made small-scale models and exhibited his "work" in many different cities and prestigious locations.

He started making ships in bottles with the battleship Hood in a flask of three liters. From there he put “a bit of everything” in bottles including the lantern of the Baptistery of San Basilio, the Tower of Pisa, an Aztec sculpture, along with mosaics and paintings. He also has bottled furniture, castles, and a nativity scene. 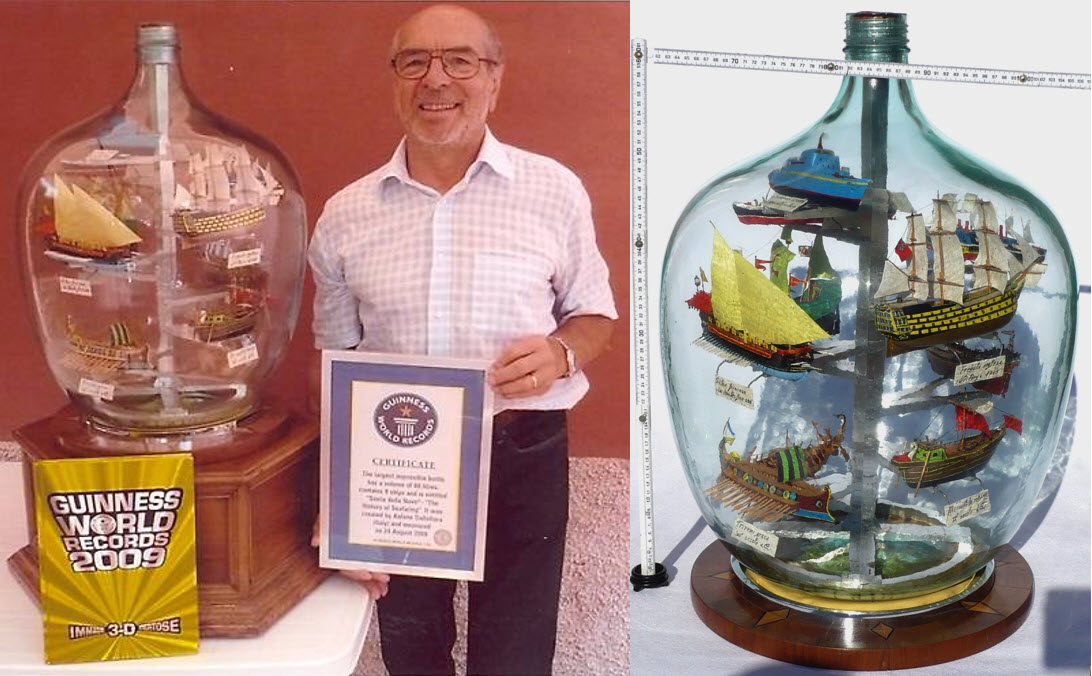 His works have been exhibited in Riccione, Cesenatico, Salsomaggiore, Fontanellato, at the Fairs and in Genoa. His model of the "Giovanni Pascoli" trabaccolo in a flask is exhibited in the Maritime Museum of Cesenatico. At the Museum of Science and Technology in Milan, his reproduction of Leonardo's "Divine proportion" in a 35-liter container is on display.

He makes sure that his creations are well-identified. In every work, besides the title and the date, he inserts his name and some photos with his family, and grandchildren.

In 2009 one of his works gained internationally prestige when the Guinness World Records recognized “History of the Ship” model as the “largest impossible bottle.” 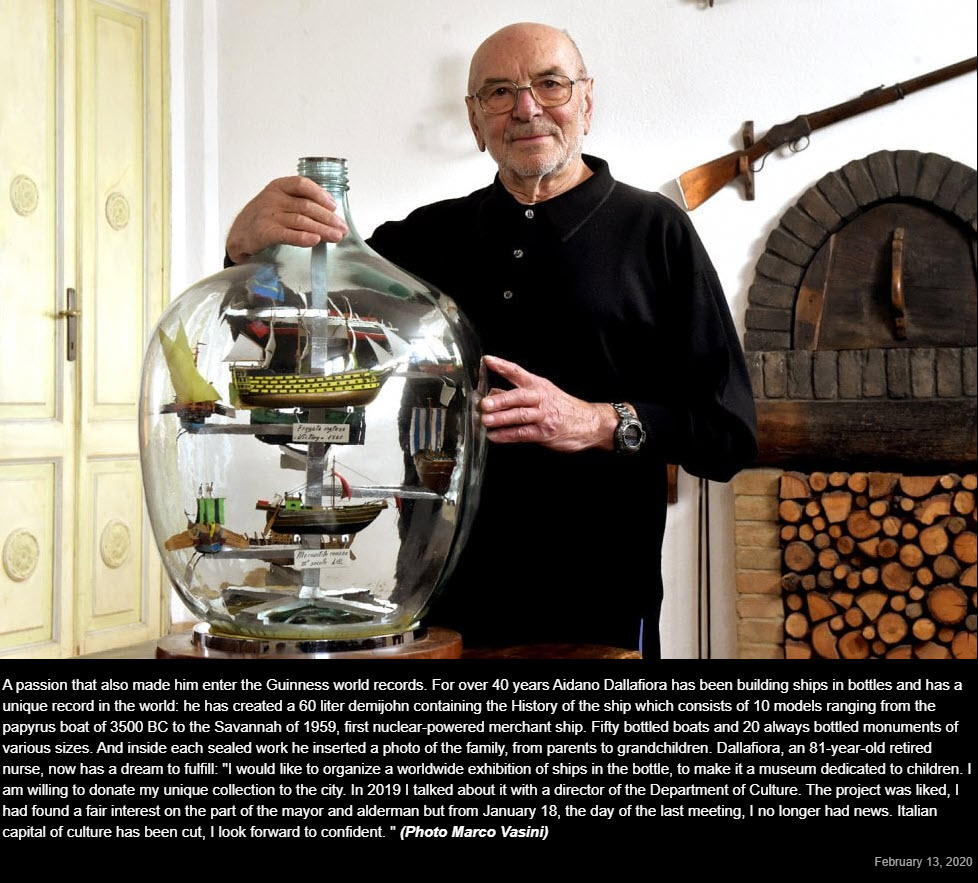