Alan Rogers submitted the following information about himself and some wonderful pictures of his bottles.  “I was born in the south of England on the edge of the New Forest during WW2 in 1944.  My father was a farmer and I know that I inherited his manual dexterity and ability to visualise a problem and its solution without recourse to plans or drawings – this has been a great advantage during difficult spells of model ship building when difficulties at first seemed insurmountable.  My mother won a scholarship to go to art school but the War interrupted those plans when her home in Southampton was bombed; however, she never lost her love of painting and craft work and again I have her also to thank for passing on those artistic genes.

As a child I made large scale wooden ship models then graduated on to aircraft, plastic kits but also balsa and tissue rubber-powered models. These all gathered dust over the years and first my mother then later my wife would come to me and say “Alan, I’ve broken another canon off your Lancaster bomber while I was DUSTING!” 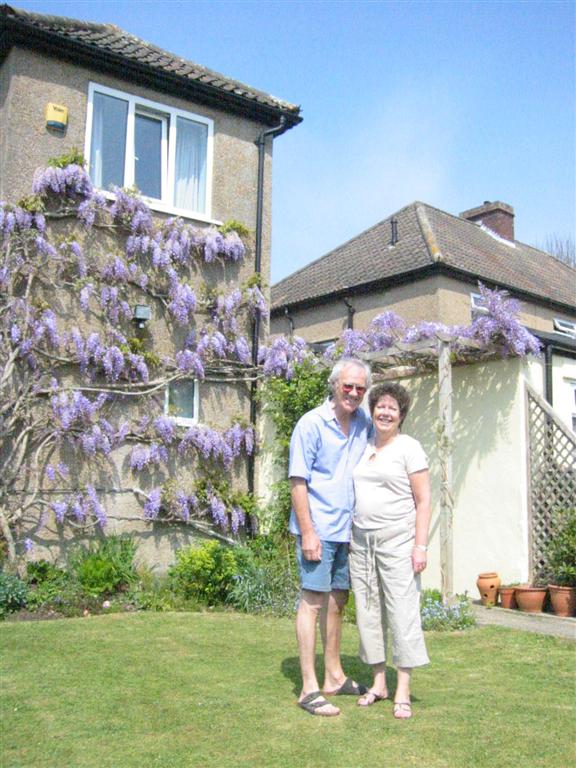 and I’d never have the heart to mend it. The fun was in the making after all.  Then one day, visiting my local library I saw Joop Van Schouten’s book “Sailing in Glass” and I knew I had the answer: No more dusty rigging, no more broken propeller blades. My models would be safe forever. Joop says in his book “No wind can make her reef; no sea will cause her to roll.  Sealed in glass, the ship in a bottle is secure for ever.”

After a number of years of ‘ploughing a lonely furrow’, knowing that there had to be a lot of s.i.b. modellers out there besides me but unable to make contact, I finally joined the European Association of Ships in Bottles and received a lovely letter of welcome from the then president Leon Labistour.  Within a year I had been invited to take over the role of editor, putting together the quarterly magazine of the Association and what a wonderful turning point that was in my life: In ten years as editor I have had the priviledge of corresponding with, in some cases to meet with and in at least two instances to become close friends with, some of the wonderful people who make up our organisation. The job of editing the magazine and corresponding with members leaves me with little time for s.i.b. modelling myself these days but I do get to make a couple each year and I have a long list of projects which I want to do.

Notes on my photos:

1)      The trawler is the Kingston Chrysolite FY184, built in Beverly in 1935 and converted to an anti-submarine trawler in 1940. My home town in the New Forest raised  £62900 during warship week to pay for the conversion, a huge amount in those days. The model now resides in the small town Museum. It is to a scale of 1:214

2)      HMS Victory was one of my first models: The hull was such a tight fit that all the canon barrels and gunport lids had to be fitted once the hull was in the bottle!

3)      The Herzogin Cecile is a commission from a man who saw the wreck off the Devonshire coast when he was a boy . The memory of this fine ship breaking up has remained with him since then and I made the model as he had seen her with her decks just awash and her sails furled.

4)      The SS Great Britain was my gold medal winner in the special class of sibs at our EASIB Convention in Bristol in 2002: I made the model in a 5 litre whisky bottle showing the ship in her present berth, the dry dock in which she was built.

5)      J3 Jollyboat sailing dinghy designed by Uffa Fox was another commission: The recipient had owned and sailed her for many years and I made him and his son as crew on the boat in this upright bottle. I suppose I have probably made about 40 or 50 sibs since my first effort in 1980. Hope that all this will be of some interest Greg.