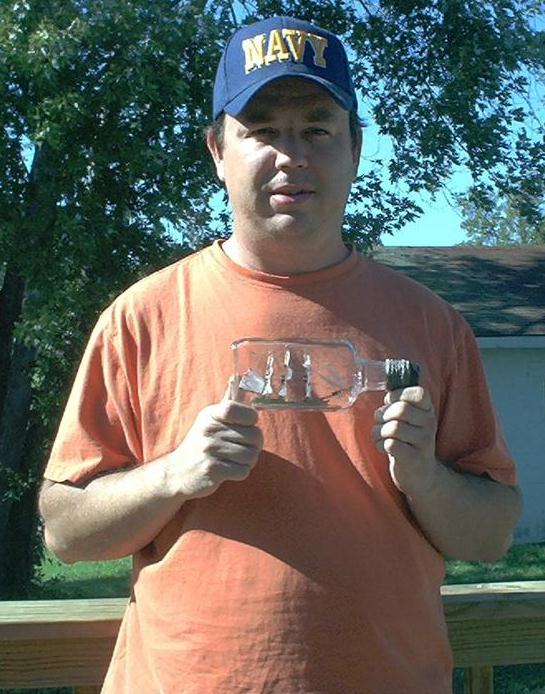 Robert Bennett was born November 30, 1967 at Ireland Army Hospital in Ft Knox Kentucky.  He has a wife and two beautiful daughters.

Robert has always enjoyed using his imagination and creating homemade models from scratch. He started at an early age around 10 years old and created his first three mast ship out of a brown paper grocery bag and some Elmer’s glue. It had the rigging, sails, and the whole works.

After that he started building spaceships, tanks, and any other thing he could come up with. He found much more enjoyment from this than buying and building plastic models.  After doing this for a few years, Robert put it all aside and focused on other things in his life. He graduated high school in 1986 and then got a job with the Tennessee Department of Transportation as a surveyor and draftsman. In 1990 he enlisted in the United States Navy. He was an Aviation Electronics Technician and his first assignment was to work on F14 Tomcats. After working on F14’s for four and a half years, he worked as a calibration technician on board the USS George Washington.

It was in 2001 that his interest in homemade models became reignited. He noticed a co-worker of his building a miniature sailing ship. Robert asked him what he was doing and he said he was building this particular ship to put in a bottle. Robert thought this was extremely neat and wanted to give it a try. Ever since then he has been coming up with new challenging projects which include working lighthouses in light bulbs,  ships in picture frames, and whole lamps with ships inserted in the base.