Plans for a Cross in a Bottle - by Charles Hand, Jr.

Plans for a Cross in a Bottle - by Charles Hand, Jr.

Plans for a Cross in a Bottle

One of the earliest forms of folk art in bottles were the religious themes.  These bottles were most often made by deeply religious and pious individuals as a testimony to their own faith; to give as gifts to others; and as memorials to loved ones. The bottles ranged from a just simple cross, to bottles which were embellished and adorned with any number of symbols and figures inside.

Many bottles contain a carved figure of Jesus, or a cutout from a Holy Card.  The symbols of the crucifixion are many and artist often include these symbols around the base and mounted on or against the cross.  Other bottles contain the crosses of the two thieves, Roman guards and other figures associated with the crucifixion including angels.  Often, bottles include the names of the bottle maker, the year the bottle was made and where it was made.  Bottles are also built for others, as a gift or to honor a memory and the person receiving the bottle are often identified.To learn more about religious bottles and to see other examples and to gain ideas on how you can add additional features to your bottle go to Religious Themes in Bottles.

Probably regarded as the easiest of these folk art bottles to build is a simple cross in a bottle and artist Charles A. Hand, Jr. has provided us with a very clear and easy to follow building plan. This plan shows several simple steps to follow which make it a suitable bottle for a novice building his or her first bottle, but is also usuable for the experienced artist to consider.

The following is a .jpg image of his plans for a simple cross. 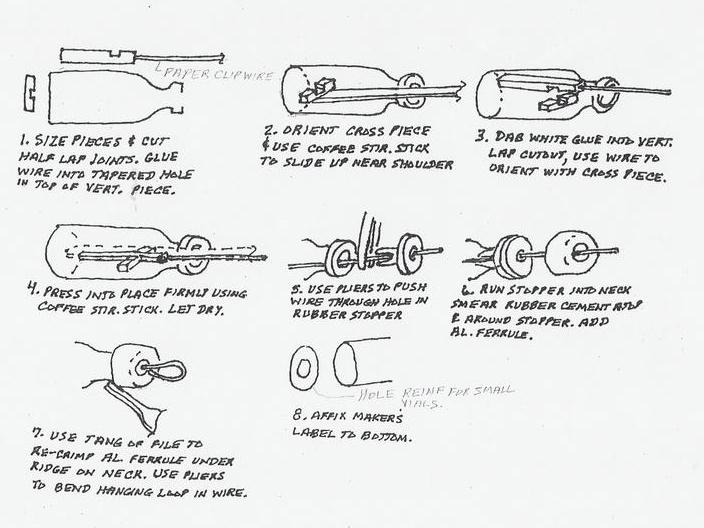 The following are examples of crosses Charles has made using the steps shown above. 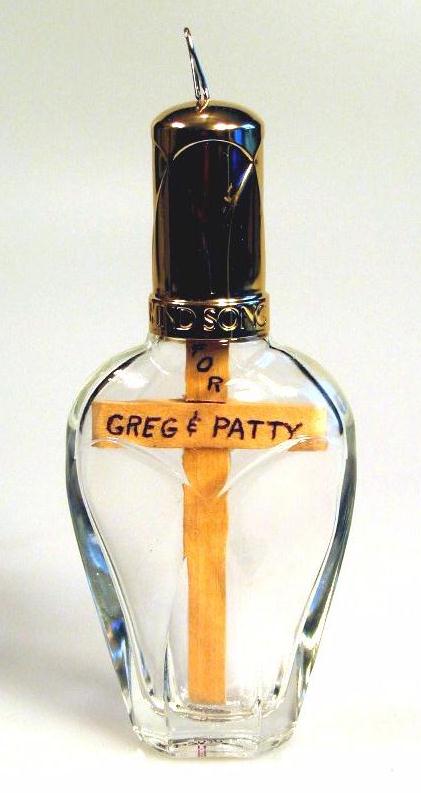 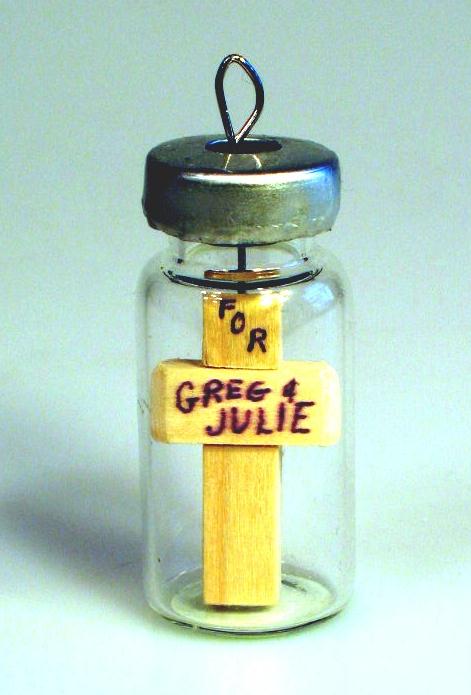 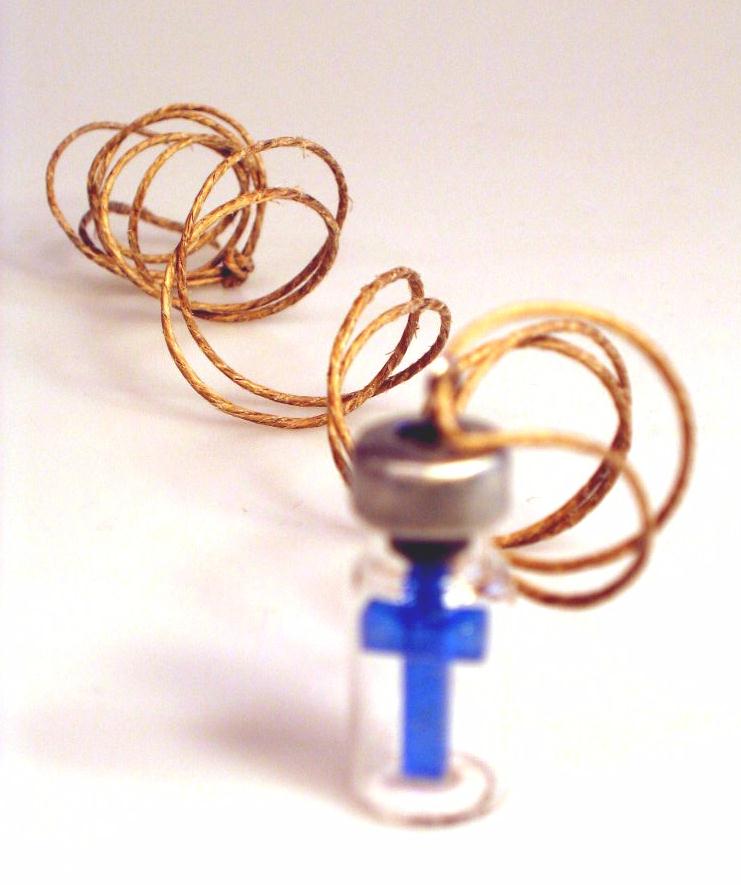