Uncle Sam in a Bottle - by Greg Alvey

Uncle Sam in a Bottle - by Greg Alvey

Turning a Lemon into Lemonade

- turning around a failed effort

Greg Alvey - My newest folk art bottle has a patriotic theme. The whimsey, which I call “Uncle Sam,” has a colorful patriotic theme with a painted carving of Uncle Sam mounted in the center of three differently sized spheres which were painted red, white and blue. When the spheres are compressed they “push open” and the many “spokes” which make up the spheres and spread open they expose a saluting “Uncle Sam.”

When I started this bottle I had great expectations, and was full of confidence. I had the perfect bottle, a great idea and plan, and a lot of fun challenges ahead that I would have to overcome but ones I was sure I could meet. 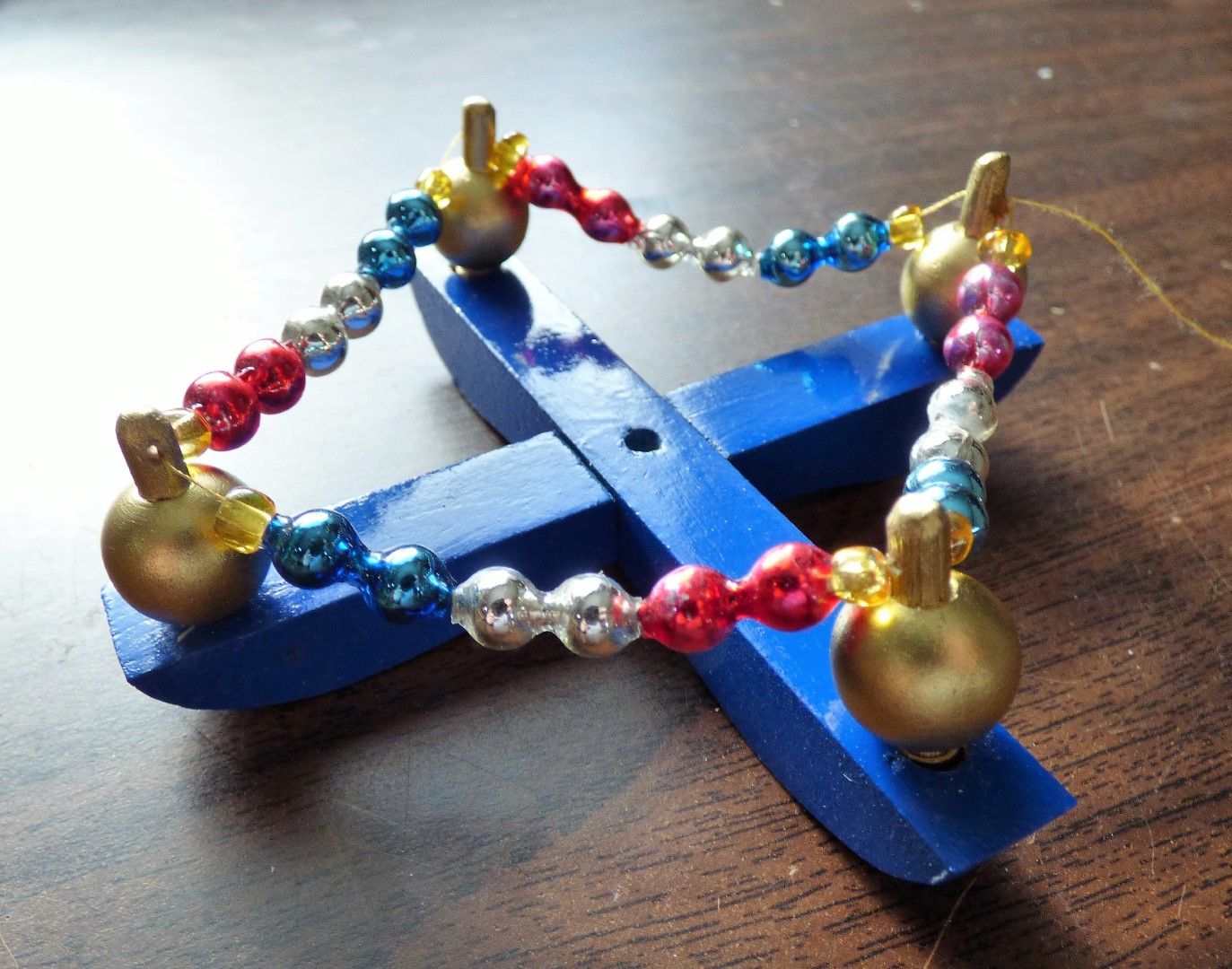 The plan was to have a lap-jointed base that would hold the spheres. Around the base red, white, and blue mercury beads would be strung around each end of the base. A painted star would hang from the top of the inner sphere and rest about ¼” to ½” above Uncle Sam’s head. When finished, the long 14 inch stopper would seal the bottle and have a wooden crosspiece going through it inside the bottle to make it tamper proof. The crosspiece would have a wooden bead dangling from each end.

Well, a lot went wrong in the early stages and this continued throughout the build. Every step of the way required a great deal of experimentation and a lot of trial and error. But slowly but surely the initial problems were worked out.

My first real problems came when it was time to start building inside the bottle. First, one of the spokes from the smallest sphere broke just before I was ready to put the whimsy in the bottle. Fortunately, it was not a hard fix and after some time remaking, painting, and regluing, I was ready to start the insertion. 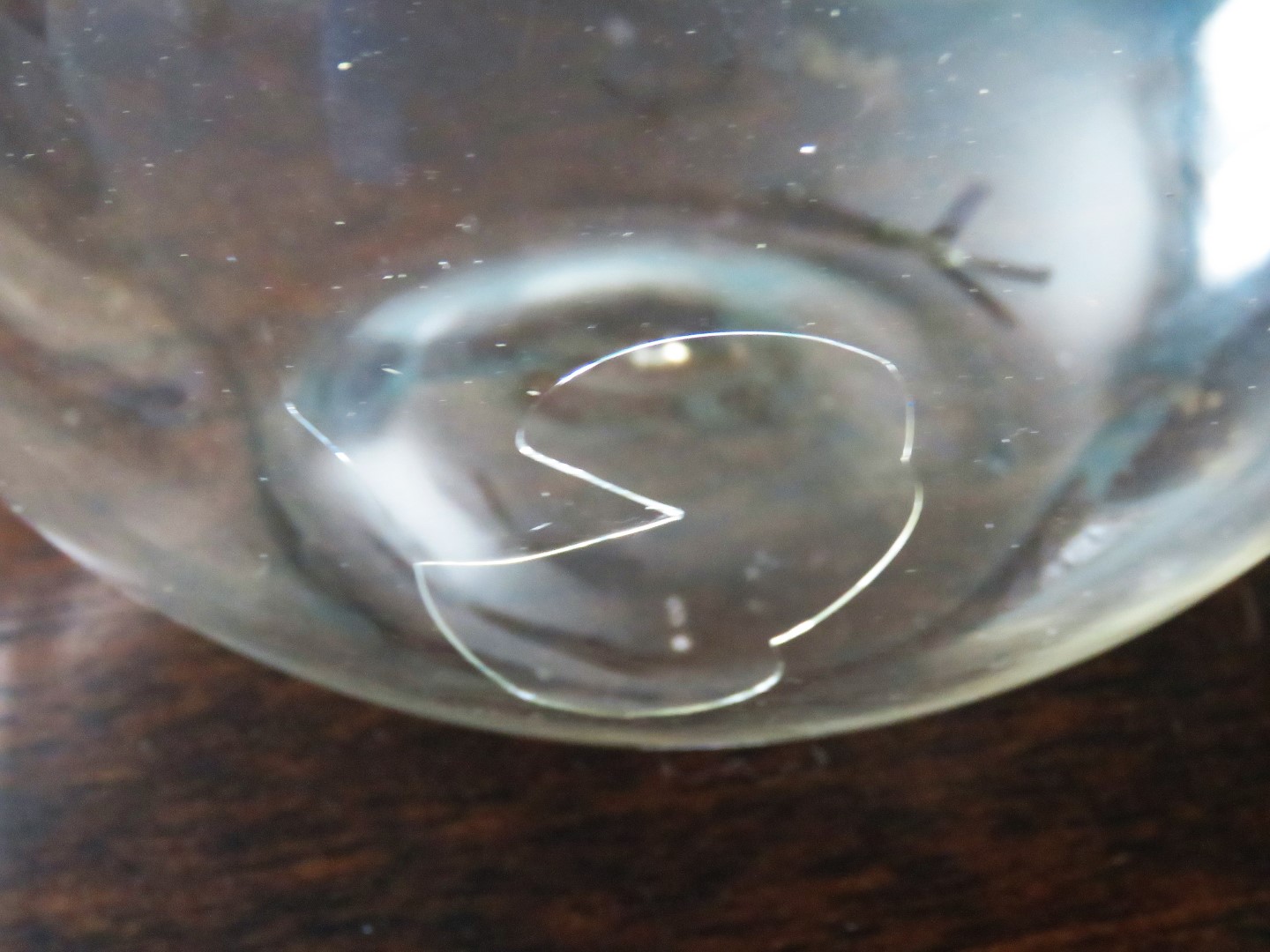 The lap joint base with the balls on each end that had beads strung from end to end around the base proved to be a real challenge, especially with the long fourteen inch bottle neck. Even though I was creating a real mess inside the bottle while trying to get them into position I was still confident that I could work it out. That is, until, one of the balls planned for the base fell and hit near the bottom of the bottle real hard. In horror, I heard the bottle break!

This was an amazingly unique bottle that I had had for years and had been holding it back for the perfect project – one just right for its shape and size. Now broken, I knew I had to look for a substitute in my stash of bottles that might work. Fortunately, I did have one close to the size of the original bottle but with a slightly smaller circumference. It was a beautiful bottle but, because of the smaller size, I realized that I was going to have to throw out a large number of details from my original plans so that it would fit inside the bottle.

The base was the first thing that had to go. I just didn’t have the room. That also meant that the beads around the base couldn’t be used. Next, the wonderfully impressive 14 inch stopper had to be replaced with a mere 5 inch stopper. While I was able to re-use the original crosspiece I had

built in the new bottle I had to eliminate the carved pieces that dangled from each end because there simply was not enough room.

Although I could use the same spheres that I had built for the first bottle the smaller circumference of the new bottle meant that the spheres would have to be compressed even more than I had planned and were approaching the breaking point. Also, the red sphere, the largest one, had to spread so much that the spokes touched the sides of the glass causing a slight bulging shape.

In addition to Uncle Sam mounted in the bottom of the inner sphere, there was also a painted star hanging from the top of the inner sphere. Originally, the gap between Sam and the Star would have been from ¼” to ½,” but with the additional compression, the carved star was now touching Sam’s head. If I had anticipated this I would have just removed the star.

With the changes and modifications, the bottle is now assembled, and all-in-all, it turn out really nice. It is not the more elaborate one I had planned to build but I can live with this bottle the way it is and I am very happy with the way it turned out. I may build another one someday more in keeping with my original plans but it is going to be hard to find that right bottle again. 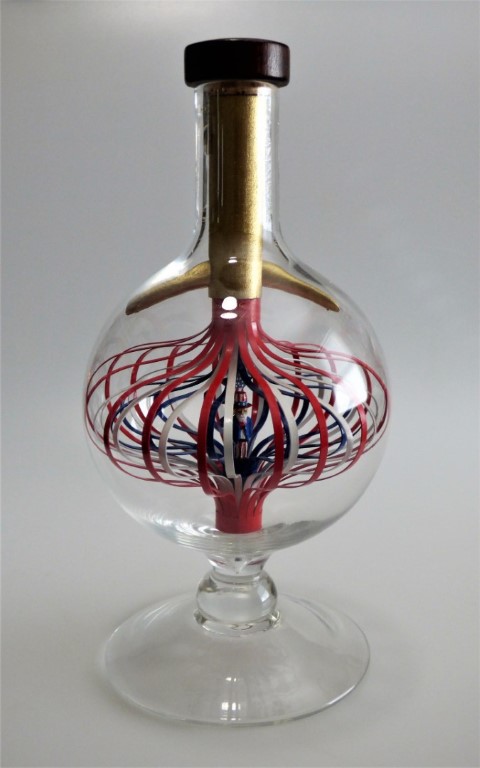 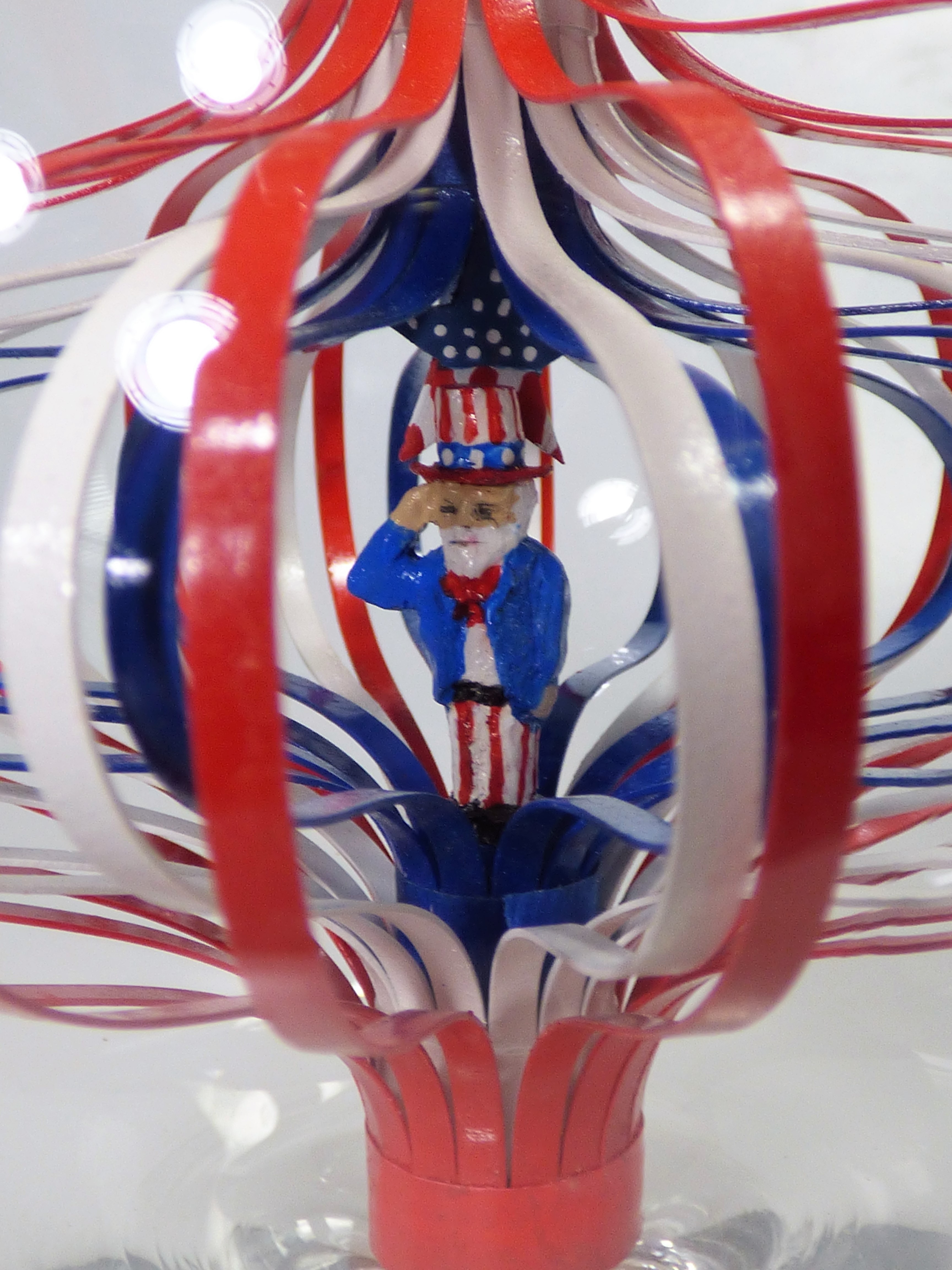