A Vintage Vehicle for a Veteran

or Yank Tank for a Gent of some Rank 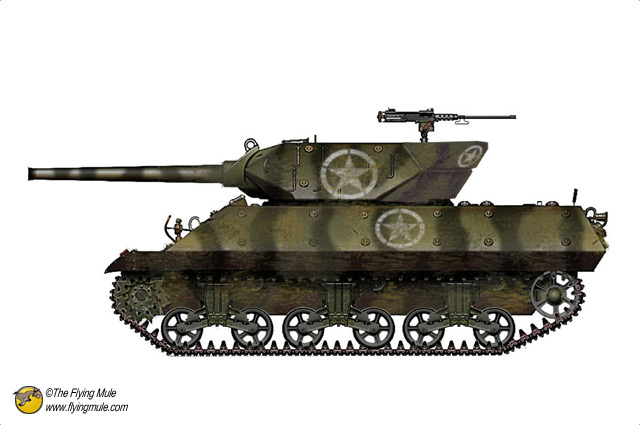 My wife recalls relative sending her a plaque of his unit insignia while he was serving with Gen. George Patton's Panthers or Tank Destroyers. Years later, he retired as Lieut. Col. A color copy of the insignia, plus color profiles and photos of the armored fighting vehicles use by that unit are in reference one. Those prompted me to attempt a bottled model of such a vehicle as a surprise birthday gift for the relative.

The M-10, with a 3 inch gun (76 mm, compared to 37 mm guns on the Sherman tanks) seemed a good choice. It’s the first fully-tracked tank developed by the U.S. to combat enemy tanks and was relatively successful. Reference 1 lacked dimensions, so I estimated those as 8 foot wide by 20 foot long by 9 foot high and I did a sketch at 1:96 (1/8 inch = 1 foot) to suit a rectangular or Roddenbery’s 19 ounce (562 ml) cane syrup bottle.

The following photos shows initial rough shaping of paired pine blocks to form the hull and another pine block for the turret and gun – each joined by 1/16 inch diameter styrene rods and set upon temporary wood tracks. A thin sheet of wood was shaped to form an inner base – with indentations for the treads – and split into three pieces. 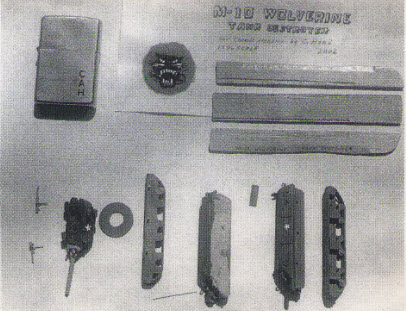 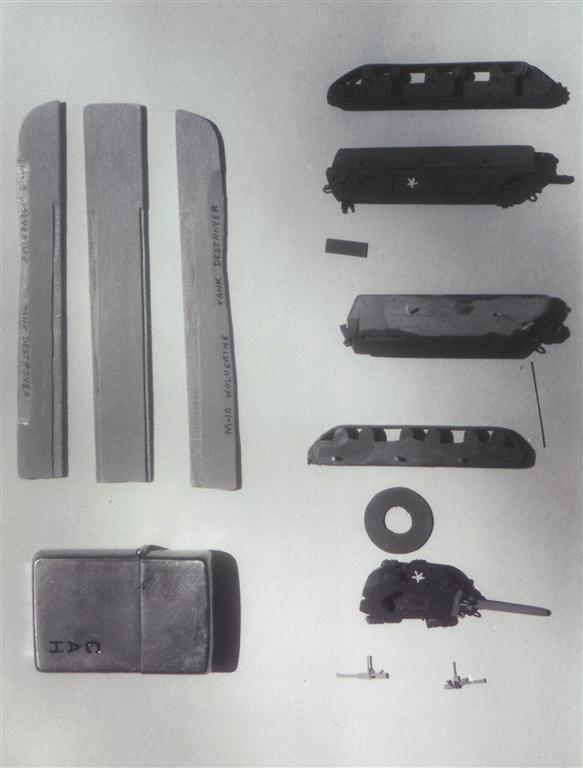 A thin wire simulates a towing cable and bent wires in drilled holes the lifting lugs. Most details were fashioned from styrene rods, tubes, strips and sheets. Track portions were built up of styrene parts and include treads of strips cut from v-grooved sheets. The whip antenna is a paintbrush bristle. 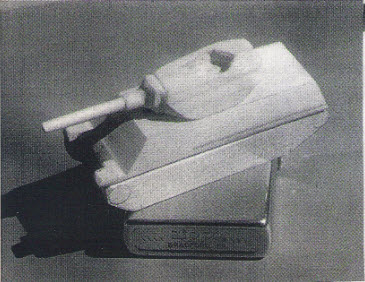 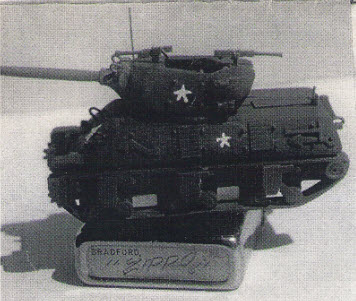 Glue was then applied to the base depressions and the model shifted and pressed into place. The unit logo was affixed on the bottle cap and also on a label on the underside.

The model involved 50 hours of effort over a period of four weeks.

After the model was well underway, I chanced upon references two and three which disclosed my estimated dimensions were in error and should of been 10 foot wide by 19 feet 7 inches long by 8 feet 1 1/2inches high (3.o5 x 5.97 x 2.82 m).  These also related to a U.K. version which had a net 17-pounder gun and was named the Achilles. 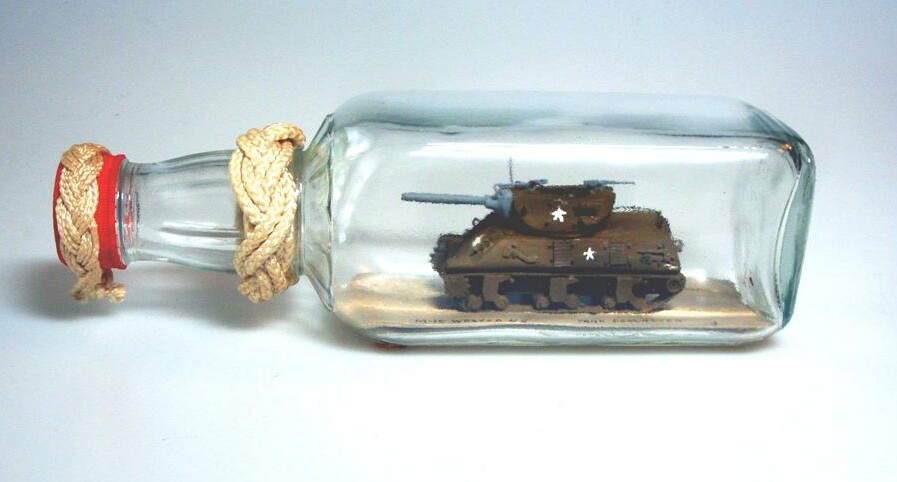 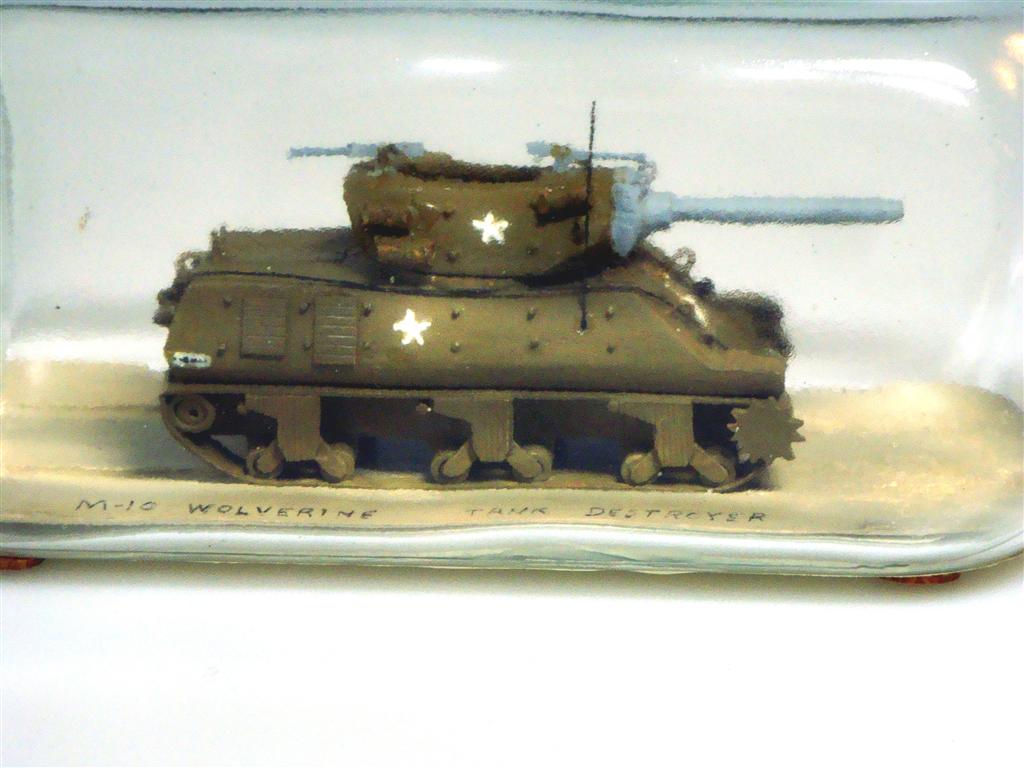