The making of a nativity

One a day early in 2012 a became a message from the SIB museum in Enkhuizen. The have had an older couple to visit the museum and the where trilled bi all that SIB’s. But, the have seen a nativity in a bottle and the wife collect them. She had have more than 300 nativity’s but because the where moving to a smaller compartment she had to removed the half of them.

And new she had seen a nativity in a bottle, she wanted to have one and a volunteer of the museum asked me if I could/wanted to make one for her. That was an other challenge for me.

So we have made an appointment and the where bringing whit them de statues the wanted to have in the panorama. The where made of glazed earthenware. 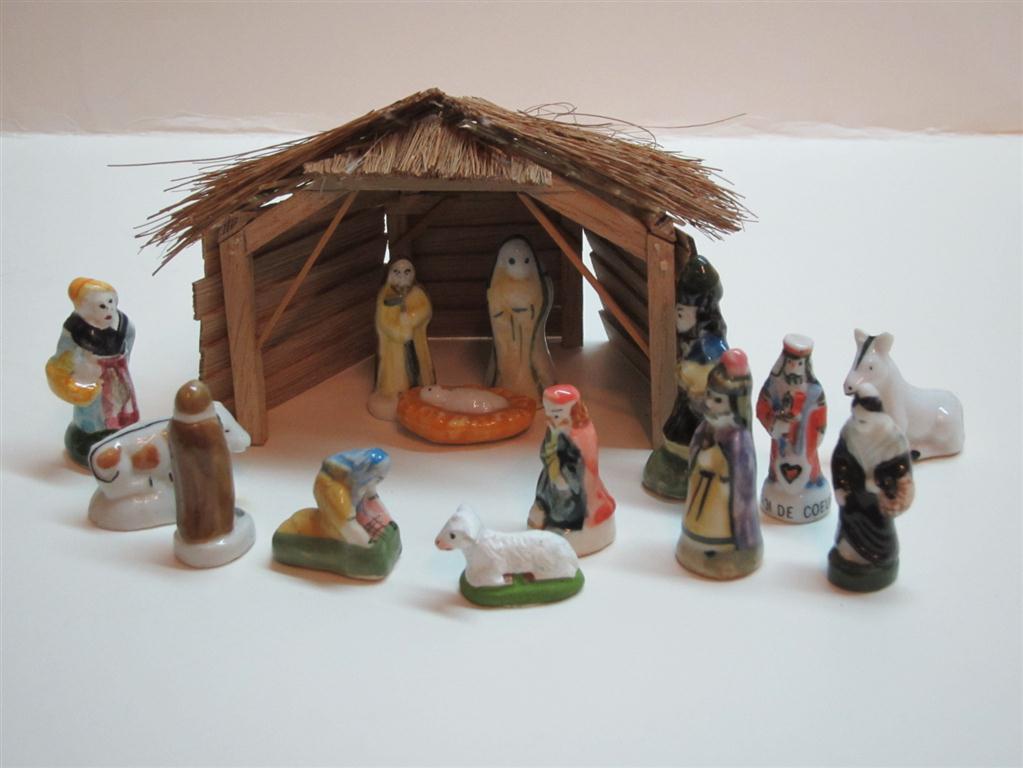 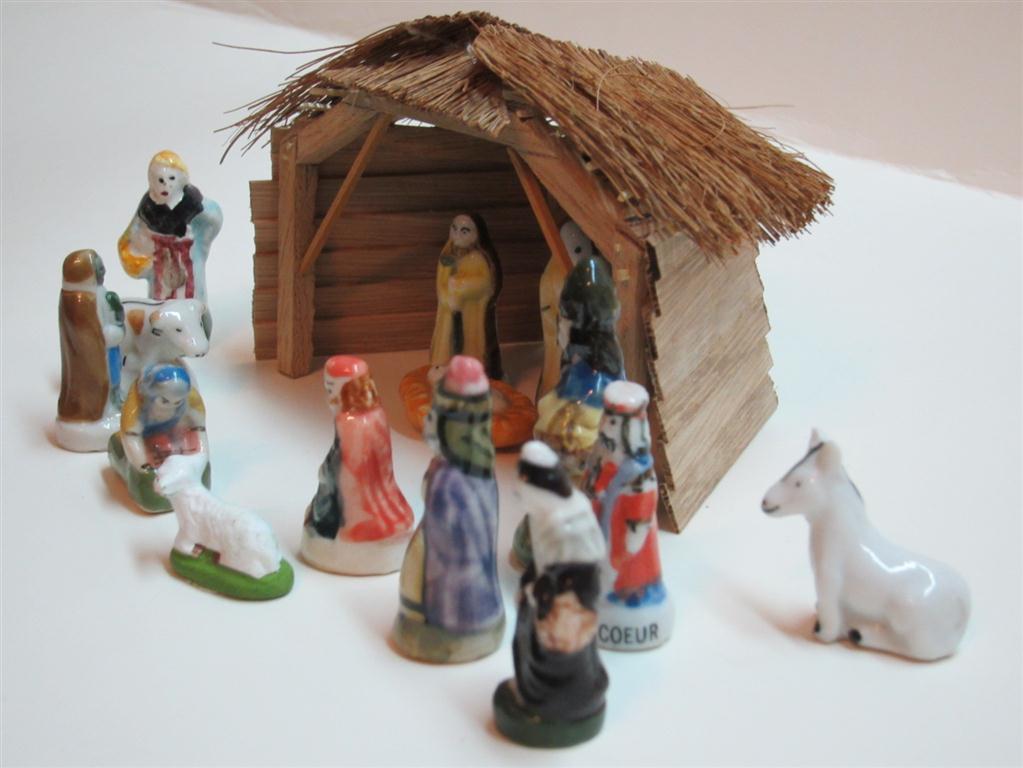 From the start I had in mind how to make the stable. From Oakwood I have made the frame an planking on the side’s. The side’s are made in two parts because of the size of the bottle neck. (34 mm) The roof I have made from bristles. I put them on a plastic plate in a thin layer en glued them together whit a tread. Whit a scissors I made two parts and both parts where attached whit an other tread. A 3e part was made on the same way for the front side. 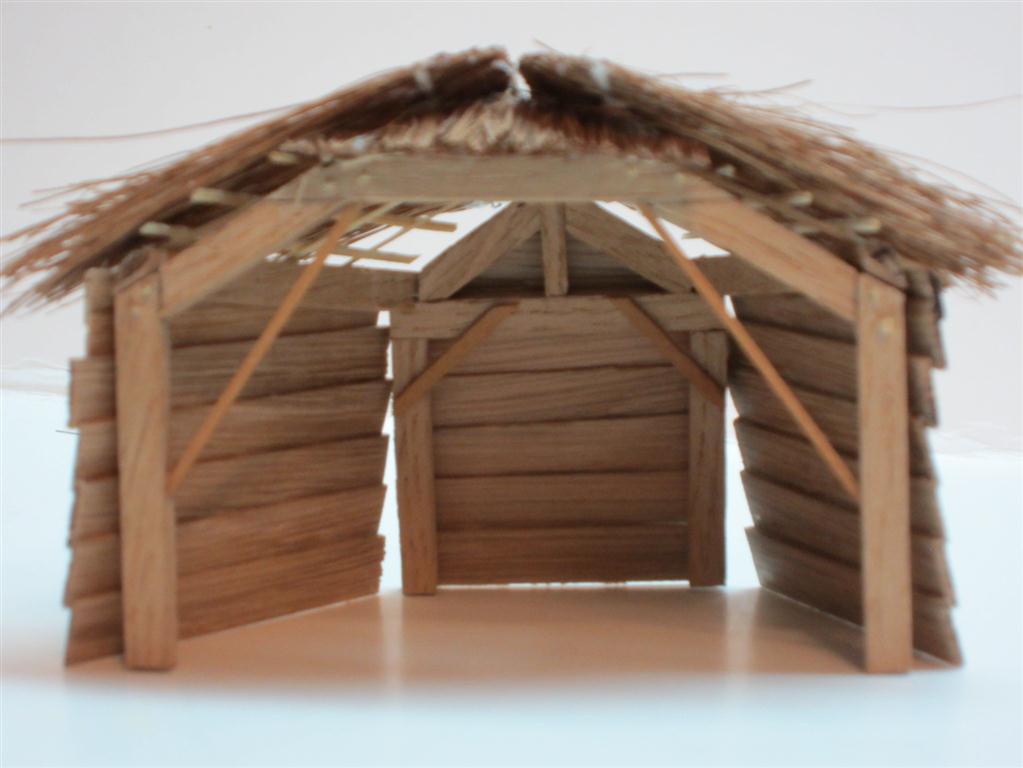 The size of both parts was to big for the bottleneck but because the were attached to each other en kept together whit a tread it was easy to bend the parts so I good put them true the bottleneck. 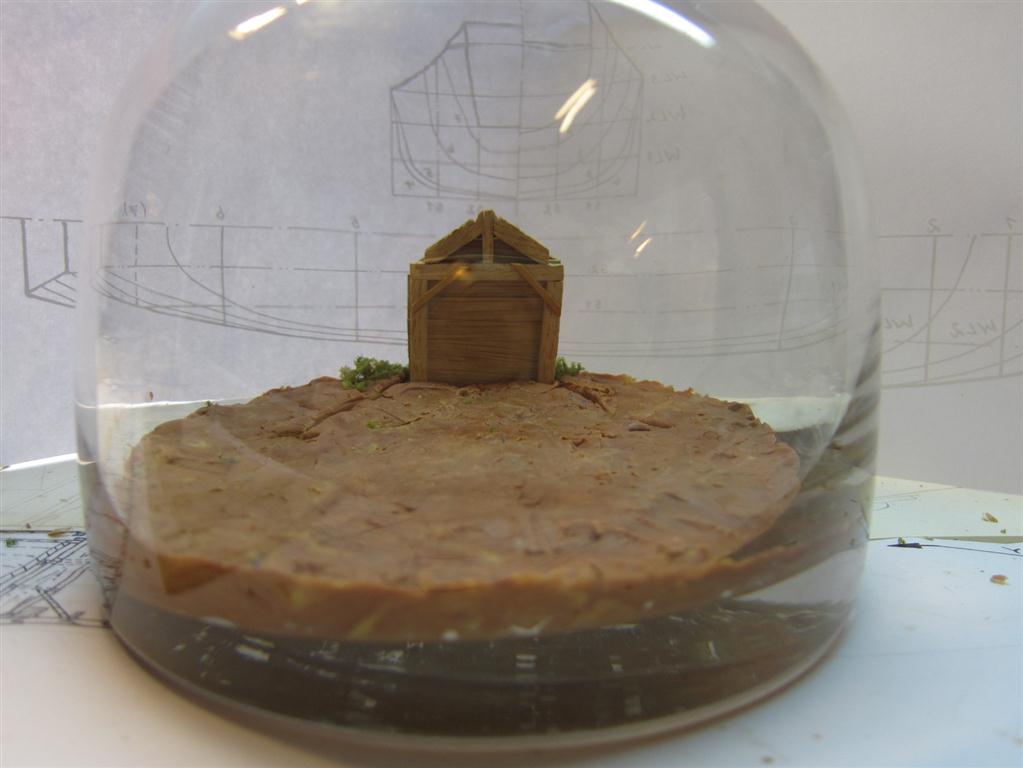 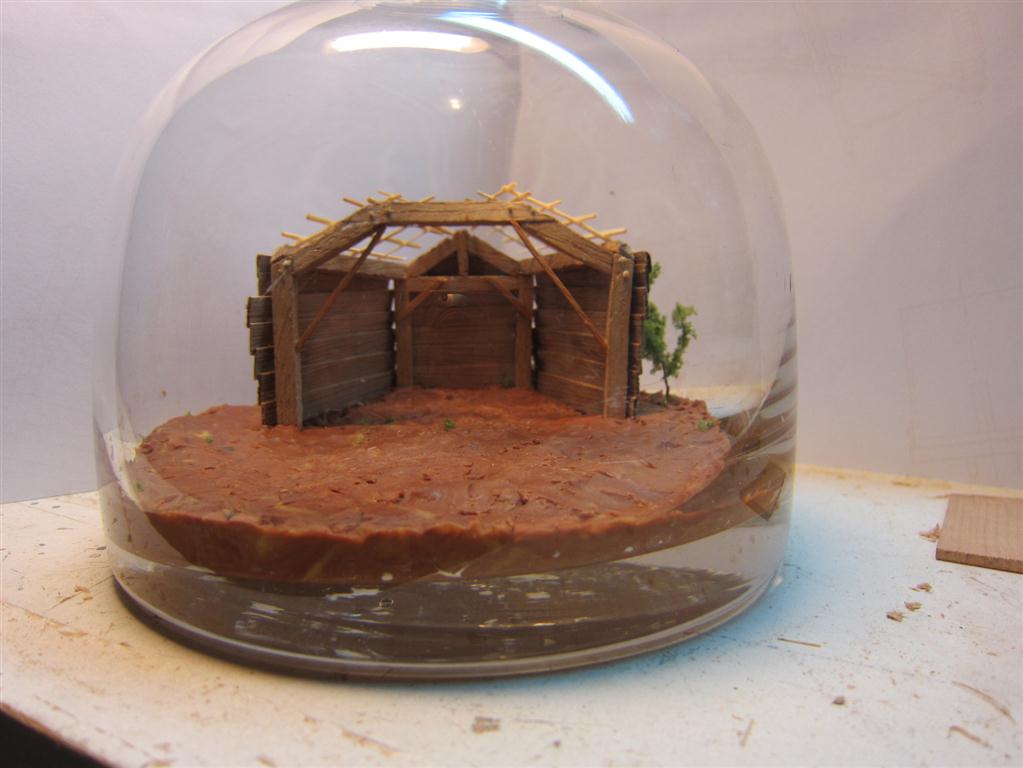 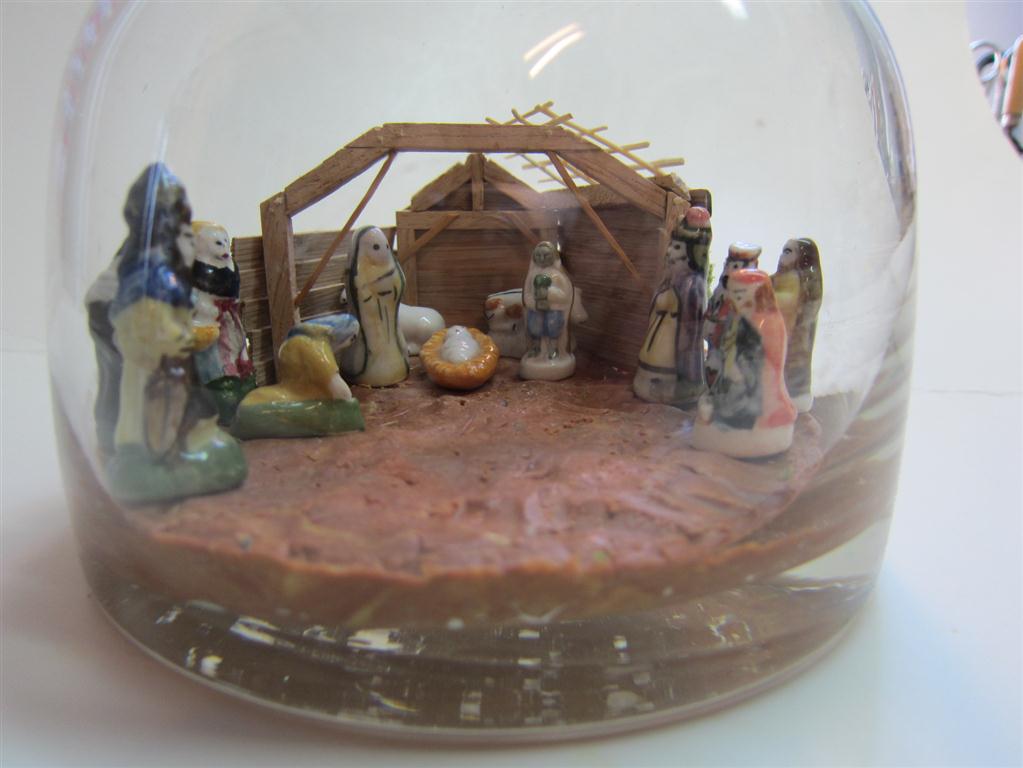 I have made 4 small trees and put them in to the clay on de sides of the stable. 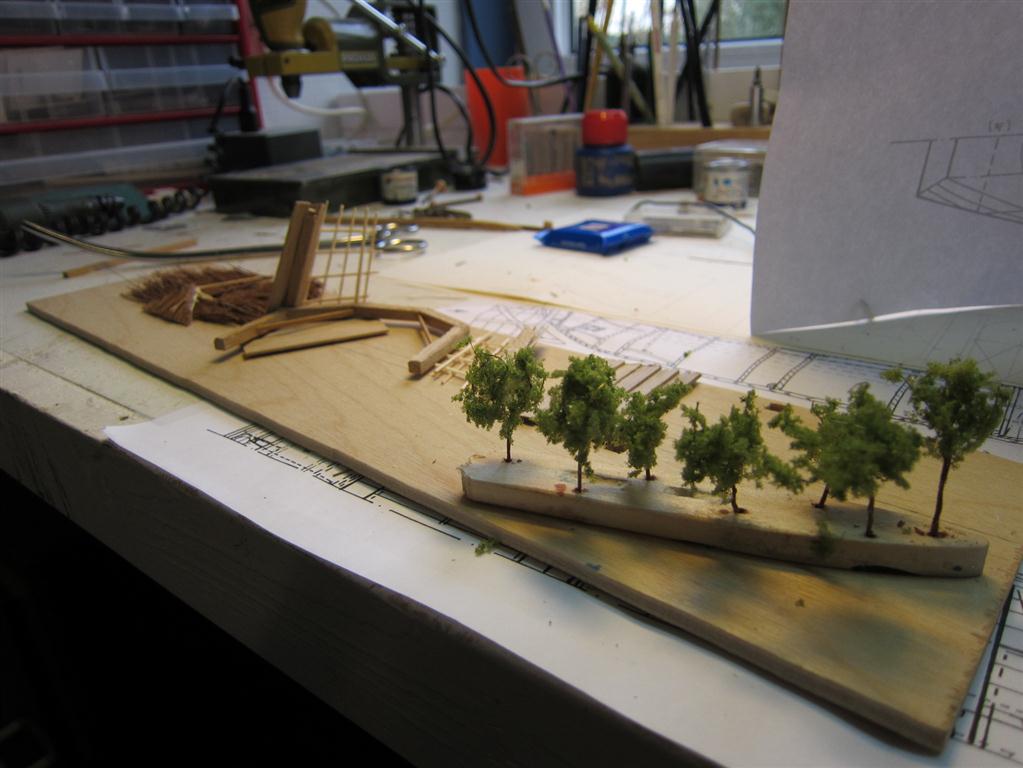 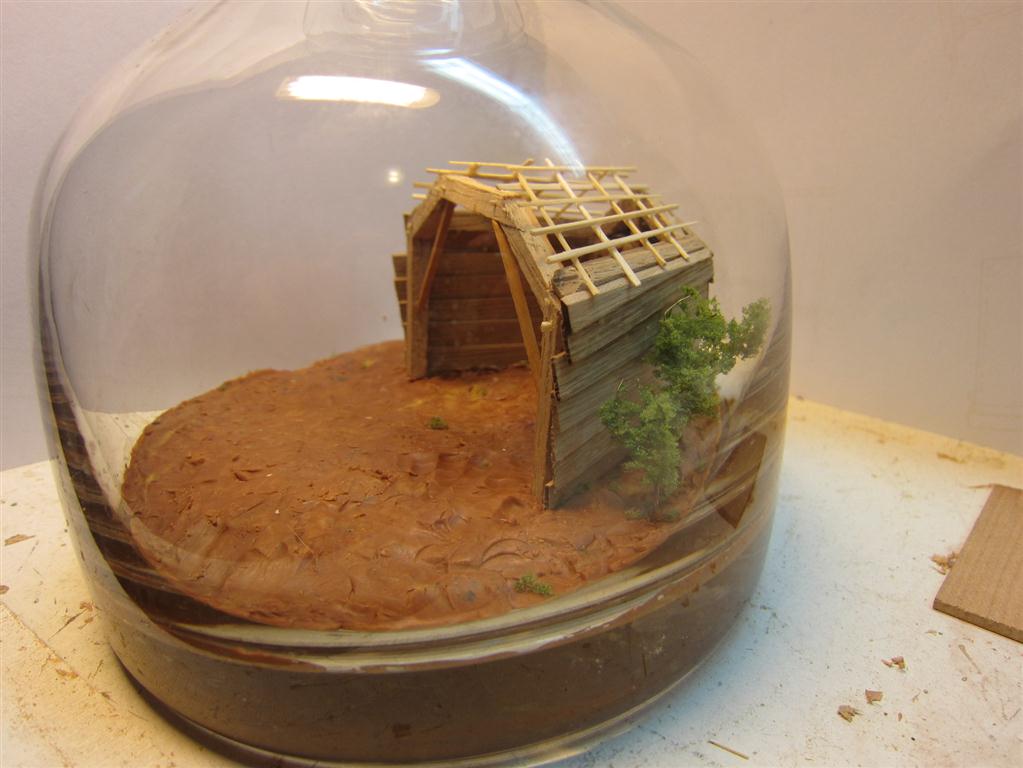 When that was all OK I placed the other statues, the 3 kings, a Sheppard and a sheep and 5 citizens. 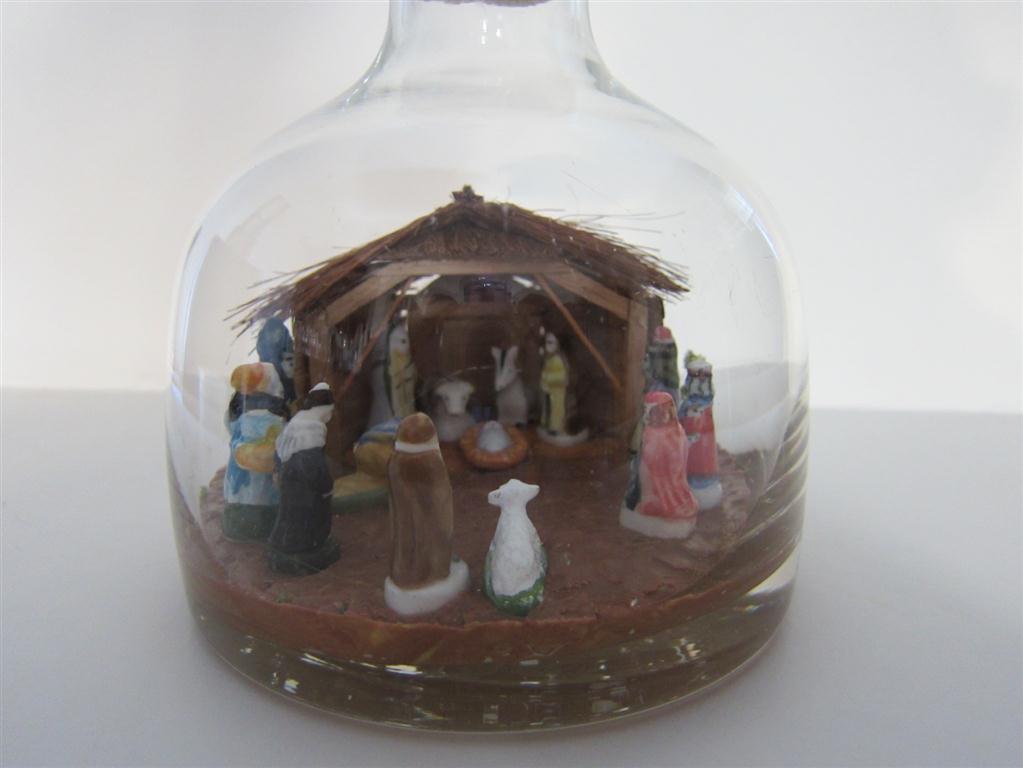 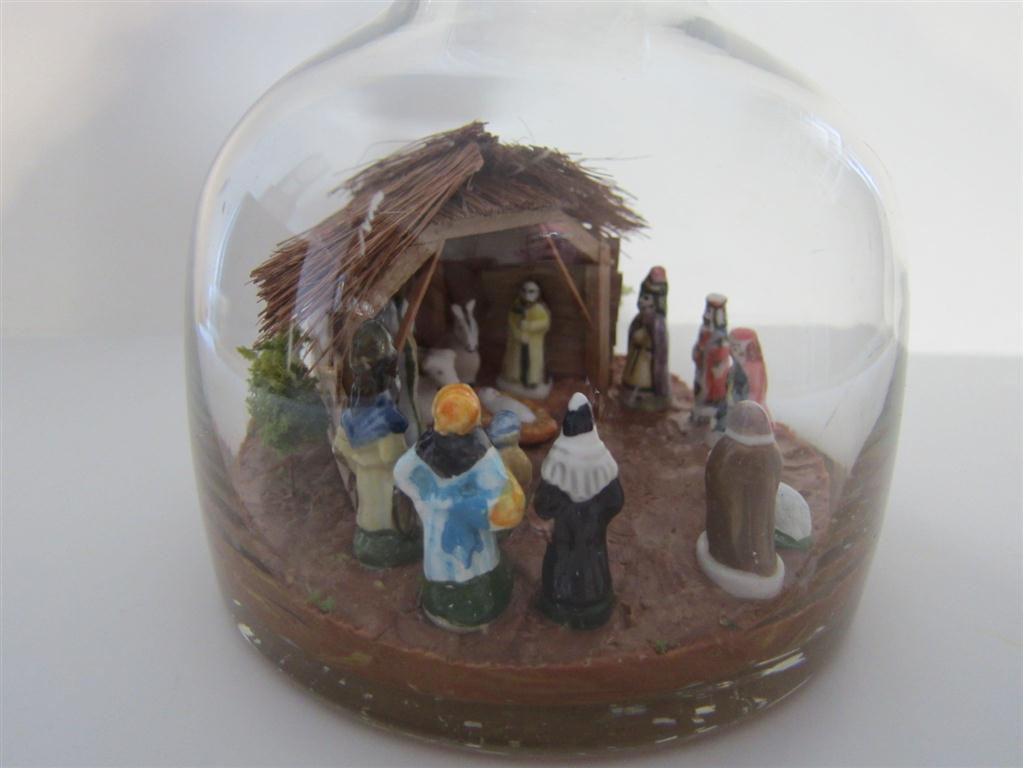 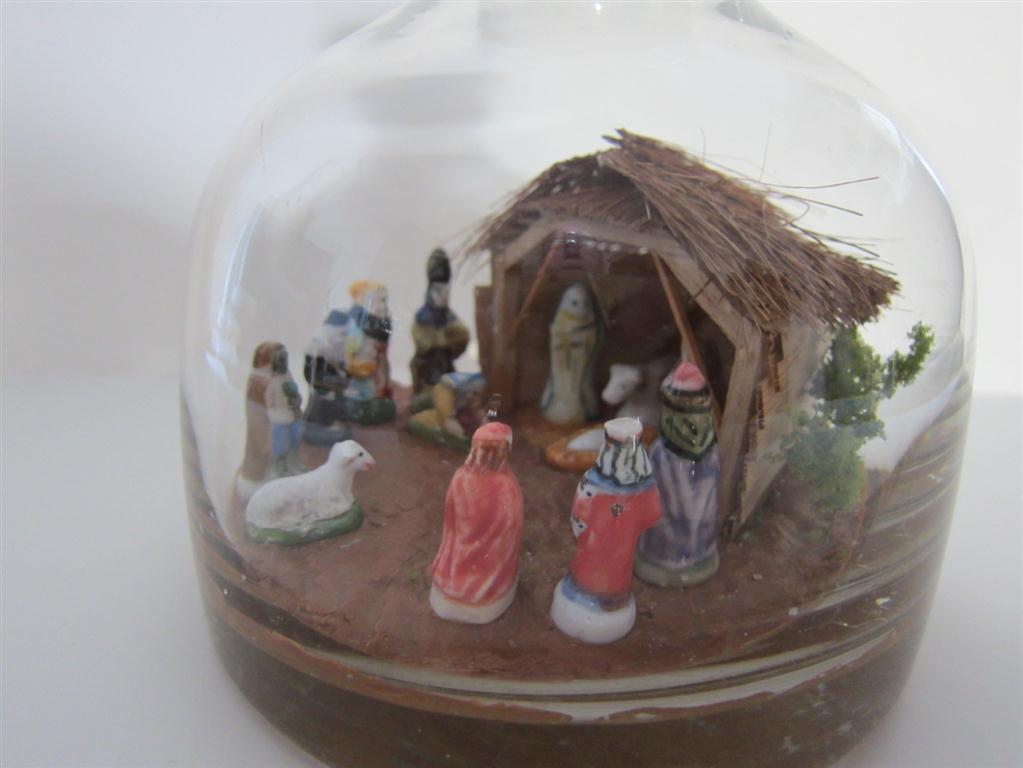 A cork  and a Turkish knot completed the panorama. 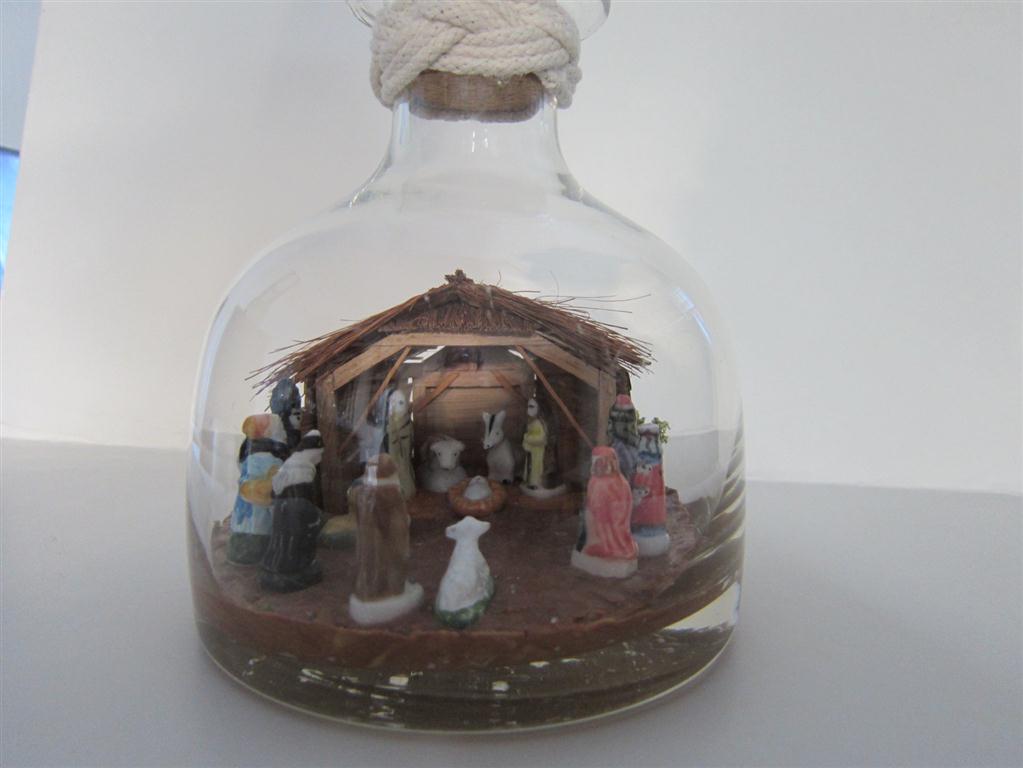 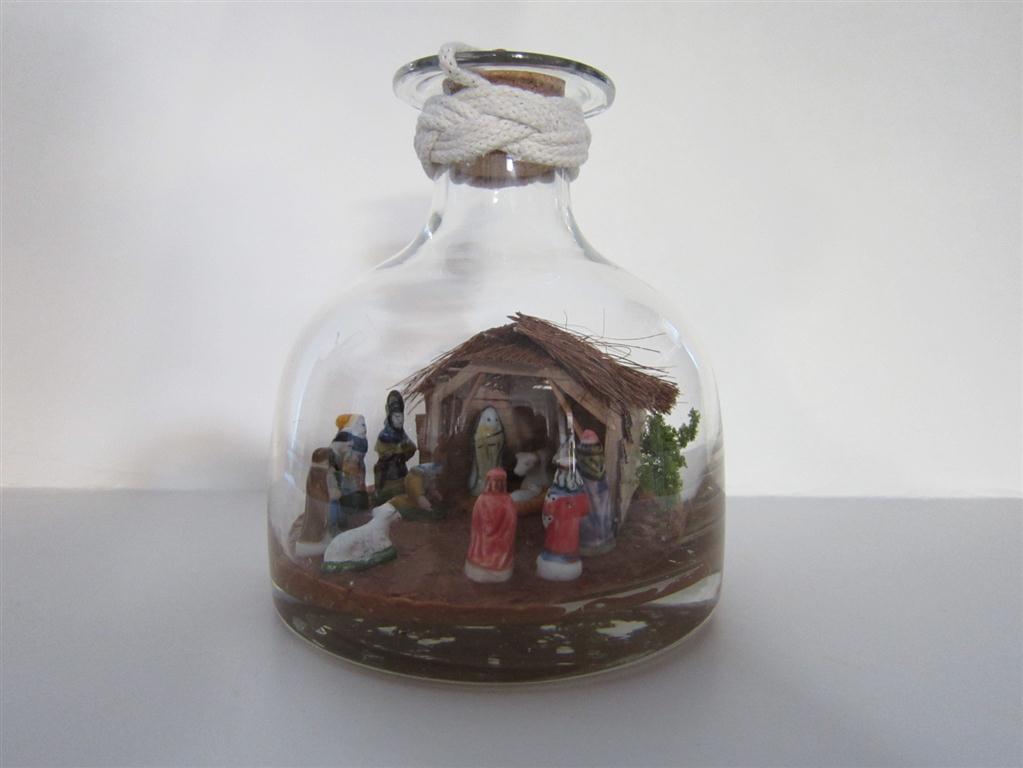 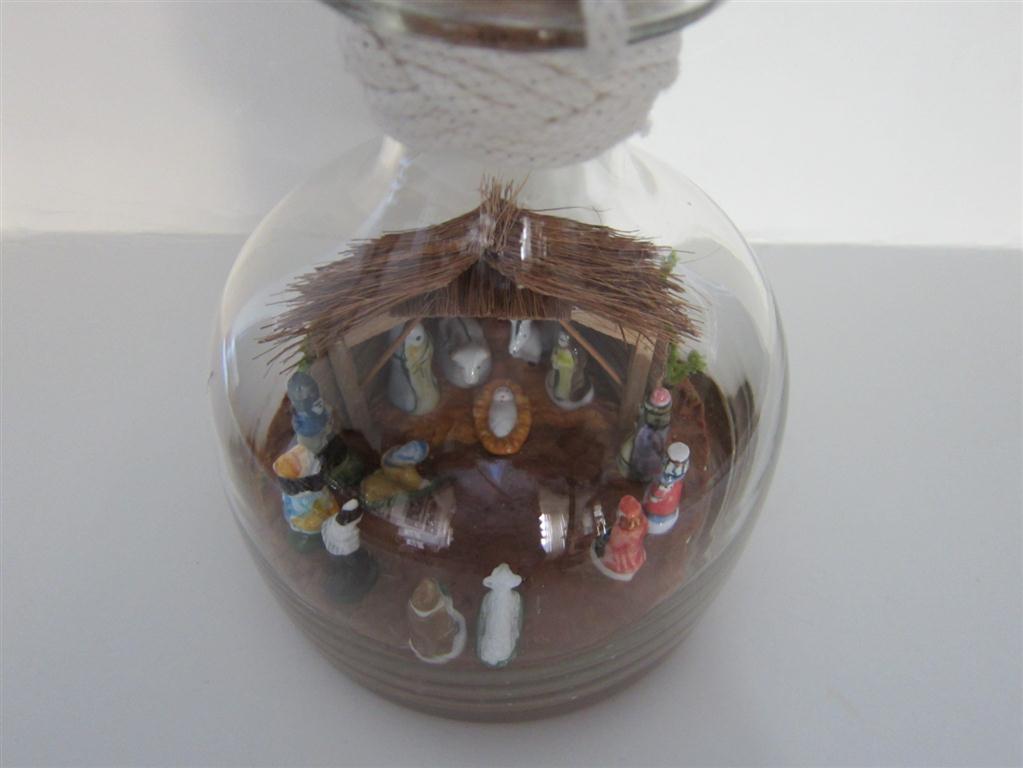