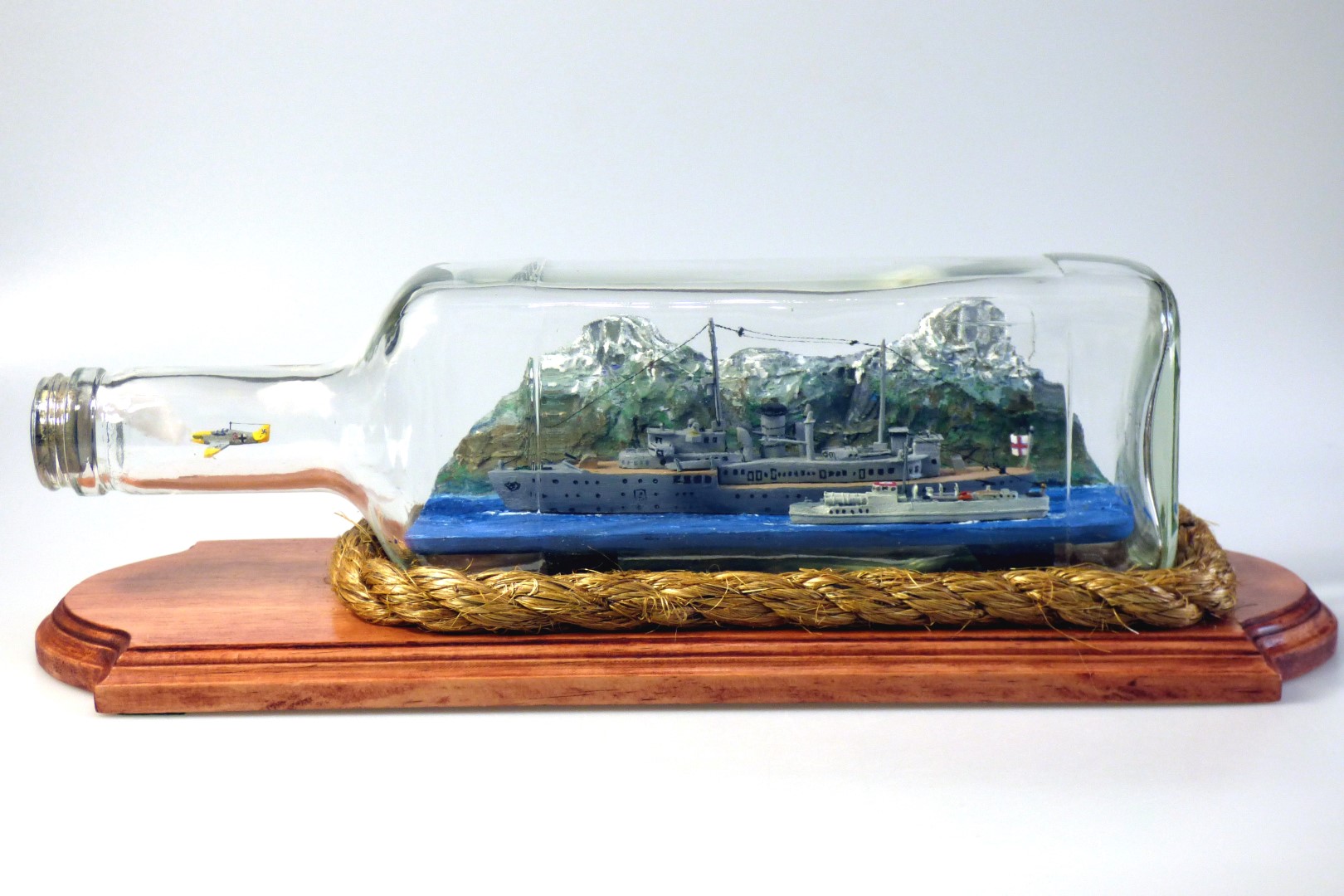 The E-boat (German: Schnellboot, or S-Boot, meaning "fast boat") was the Western Allies designation for the German torpedo boat, the fast attack craft of the Kriegsmarine during World War II.

The E-boat was a very fast vessel, able to cruise at 40 or 50 knots (46-58 mph), and its wooden hull meant it could cross magnetic minefields unharmed. It was better suited to the open sea and had substantially longer range (approximately 700 nautical miles) than the American PT boat and the British Motor Torpedo Boat (MTB).

In the early days of the Kriegsmarine, there were no special built S-boat tenders to assist the growing numbers of S-boats being built. Instead, several older minehunters from the old Imperial Navy were rebuilt and used as fleet tenders of various kinds within the German Navy. 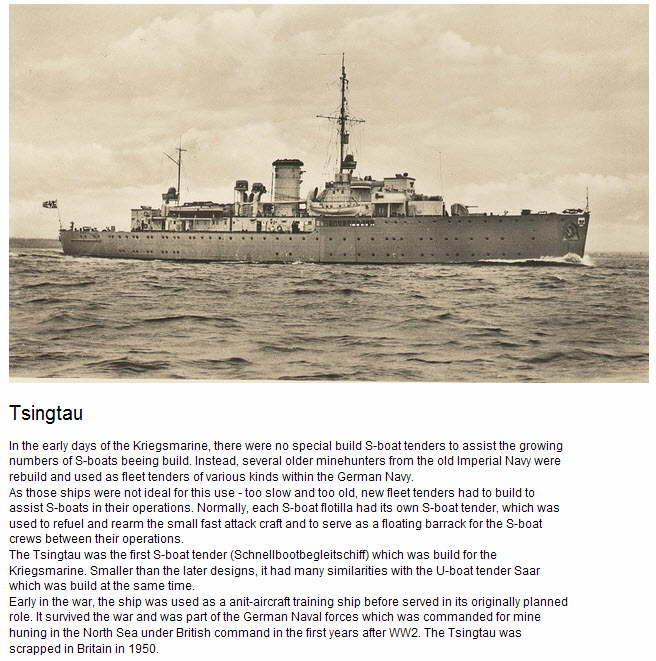 As those ships were not ideal for this use - too slow and too old, new fleet tenders had to be built to assist S-boats in their operations. Normally, each S-boat flotilla had its own S-boat tender, which was used to refuel and rearm the small fast attack craft and to serve as a floating barrack for the S-boat crews between their operations.

The Tsingtau was the first S-boat tender (Schnellbootbegleitschiff) which was built for the Kriegsmarine.

Early in the war, the ship was used as an anti-aircraft training ship before serving in its originally planned role The Tsingtau was scrapped in Britain in 1950.

This bottle contains a scene taking place during World War II at the time of the Occupation of Norway showing the Tsingtau, German’s first Tender refueling an S-Boat. A Messerschmitt Bf-109, German Fighter Plane, flies through the clouds in the neck of the bottle.

The mountain coastline along Norway and the sea were made from wood joined inside the bottle. The bottle is an unidentified half gallon liquor bottle. It is 13 inches long and 4 inches wide. The opening is one inch. 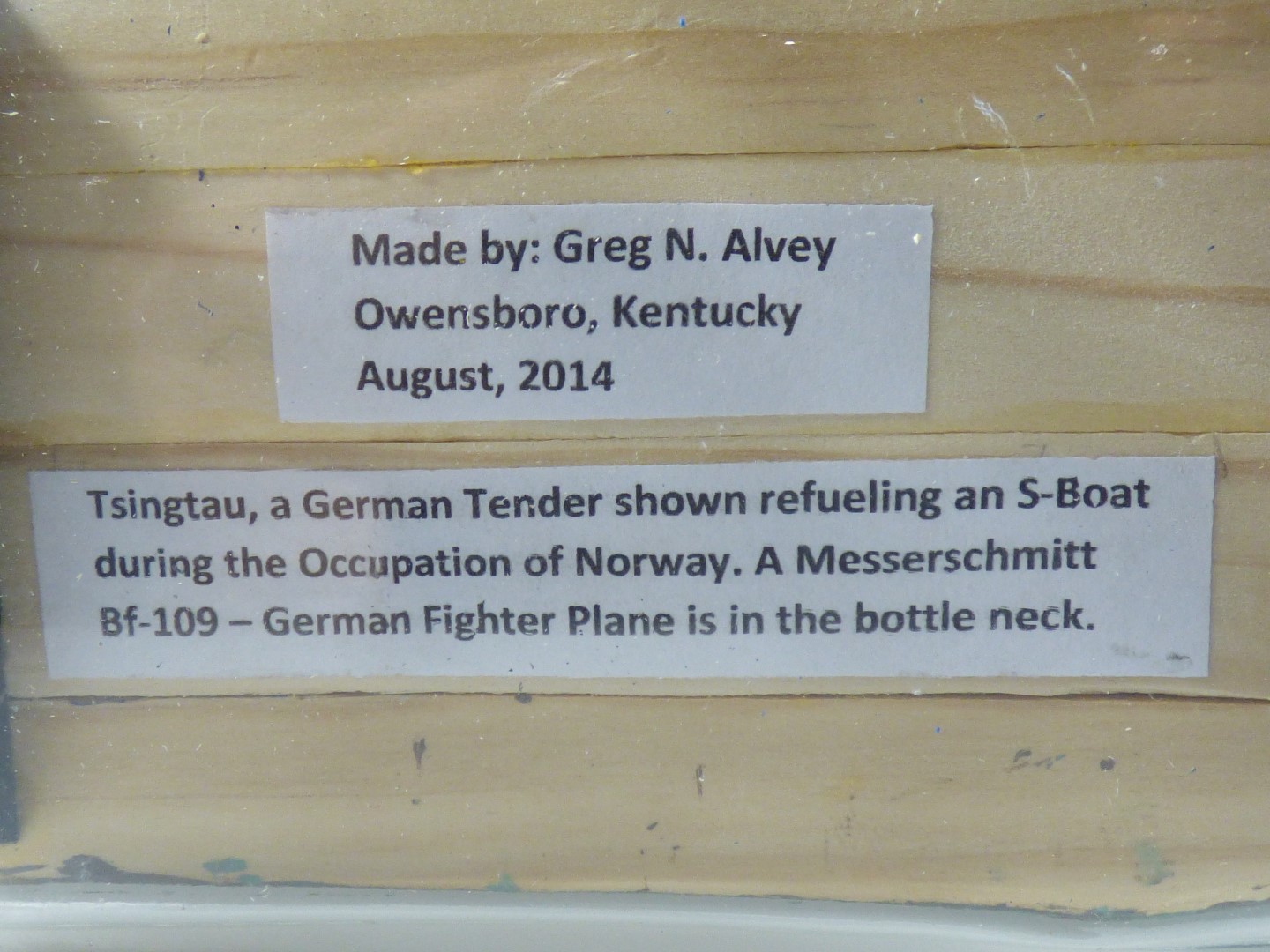 Under the sea inside the bottle are the following labels:

during the Occupation of Norway. A Messerschmitt

Bf-109 – German Fighter Plane is in the bottle neck.

Made by: Greg N. Alvey 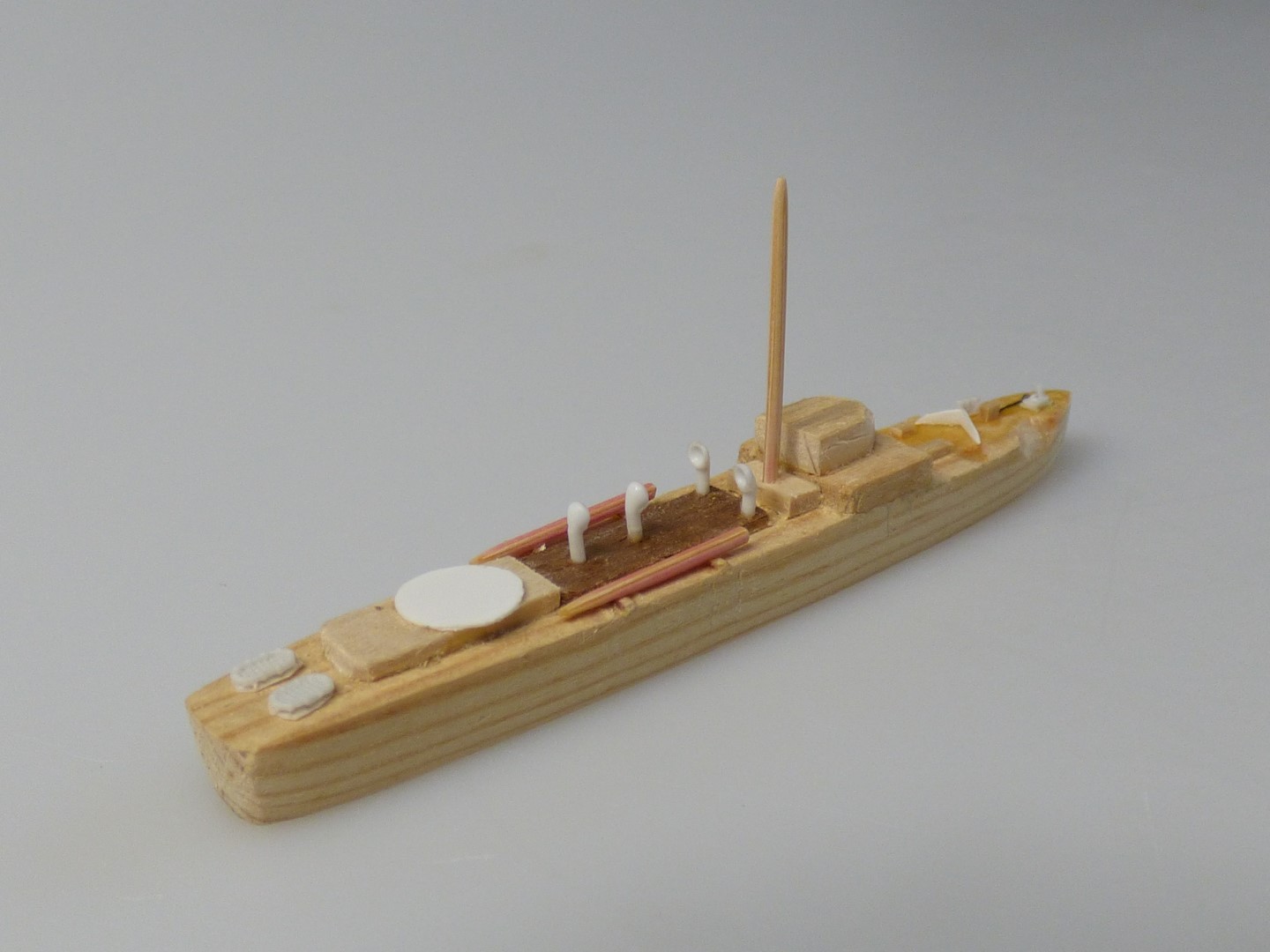 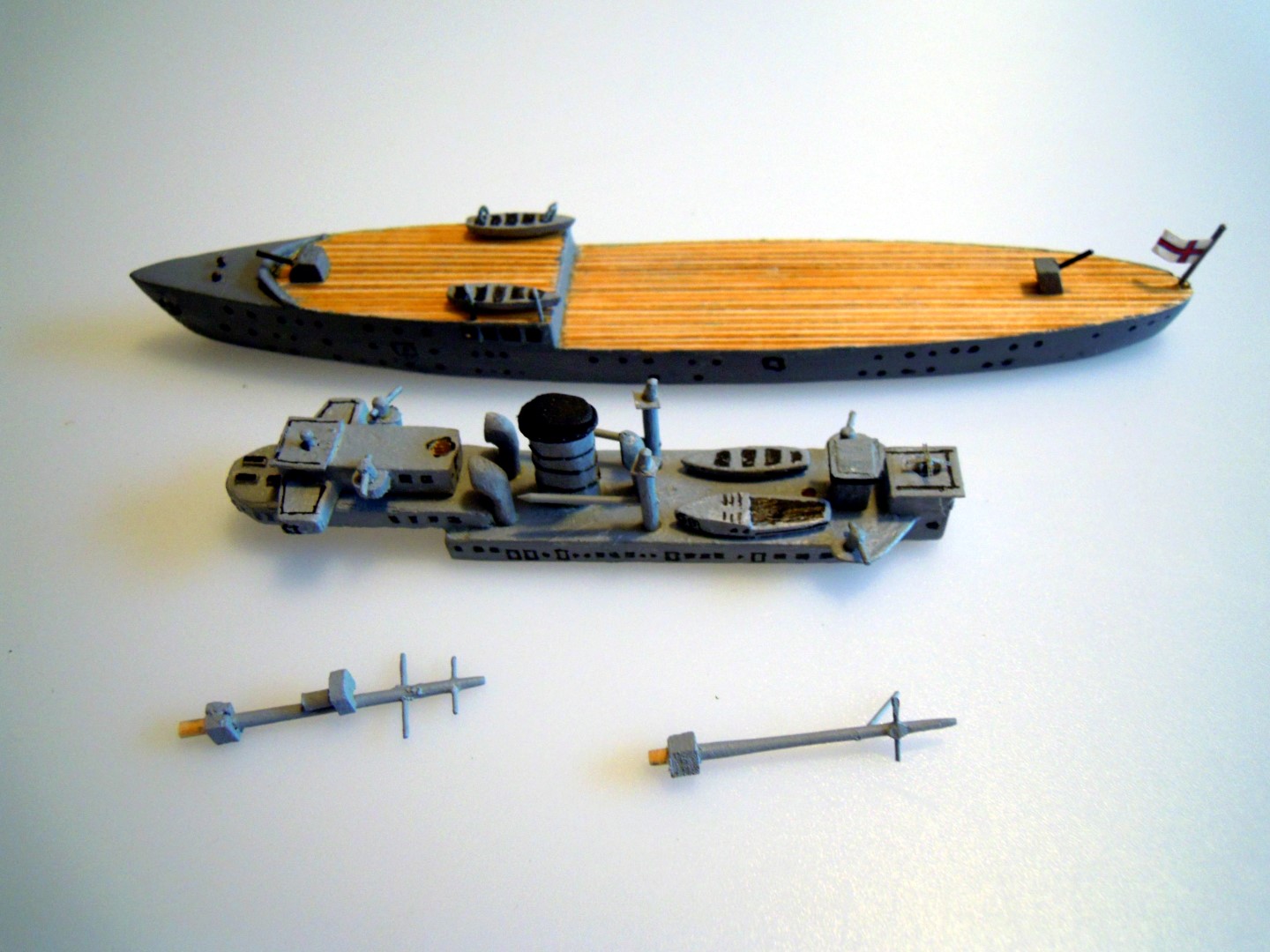 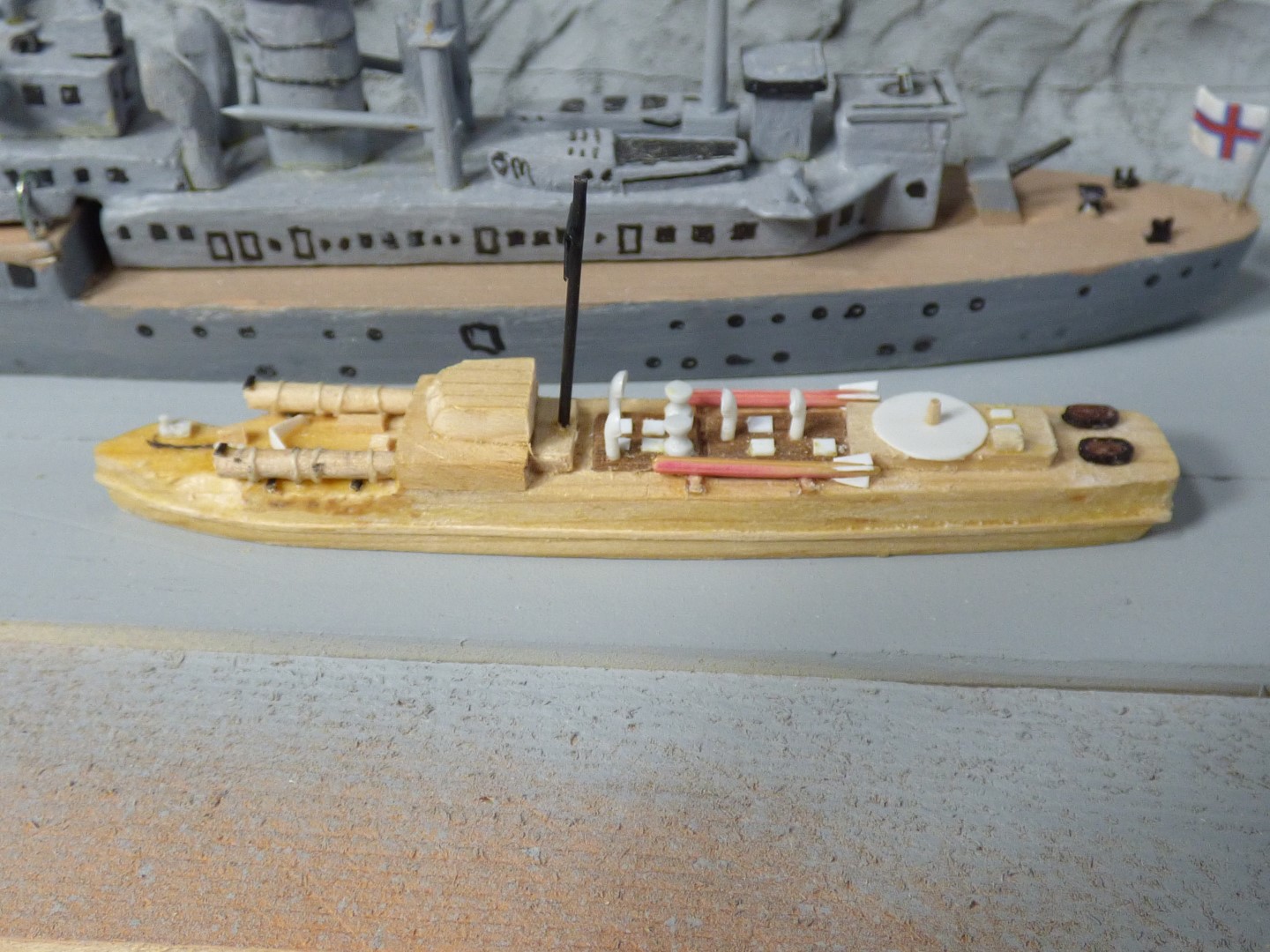 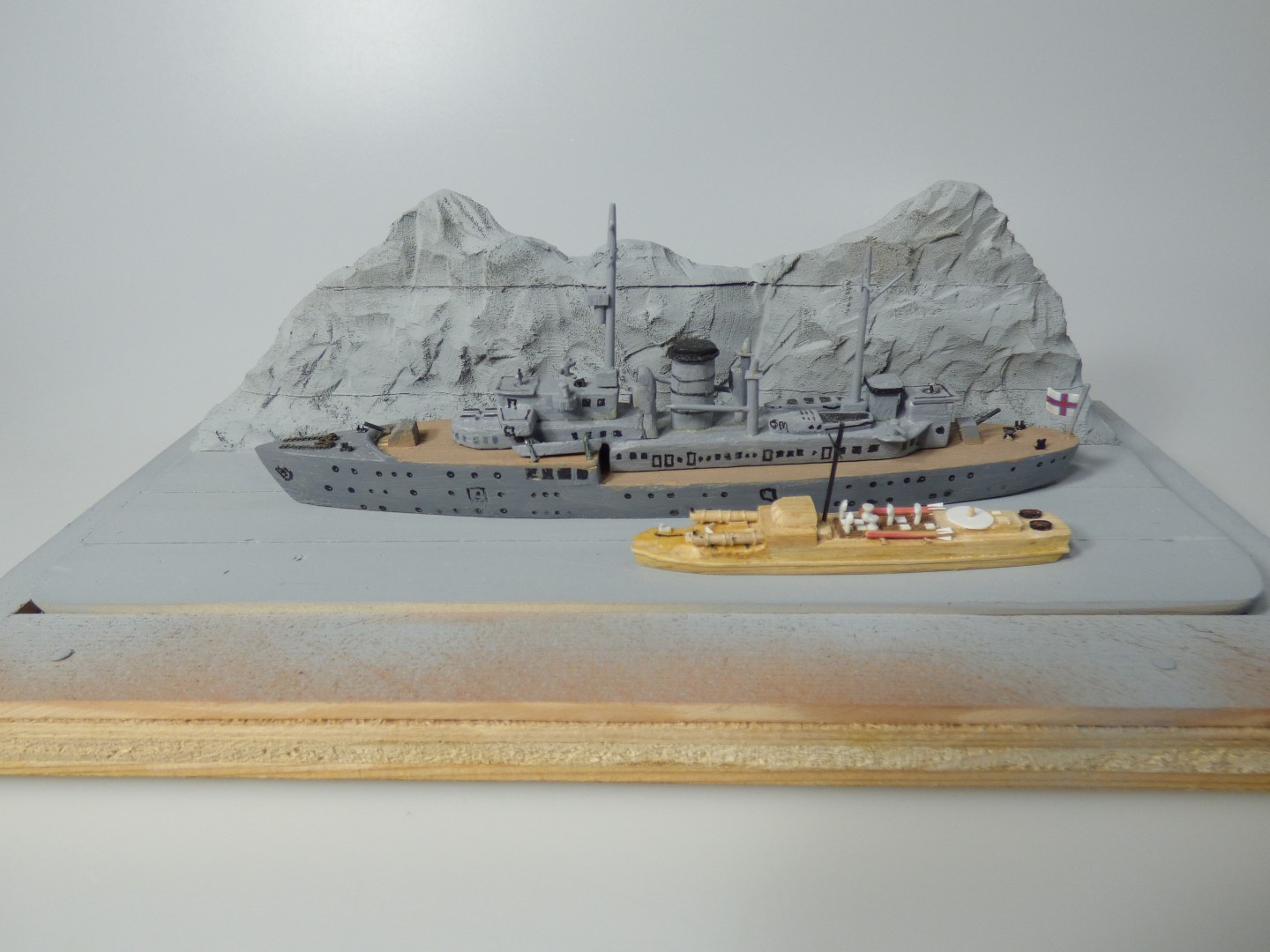 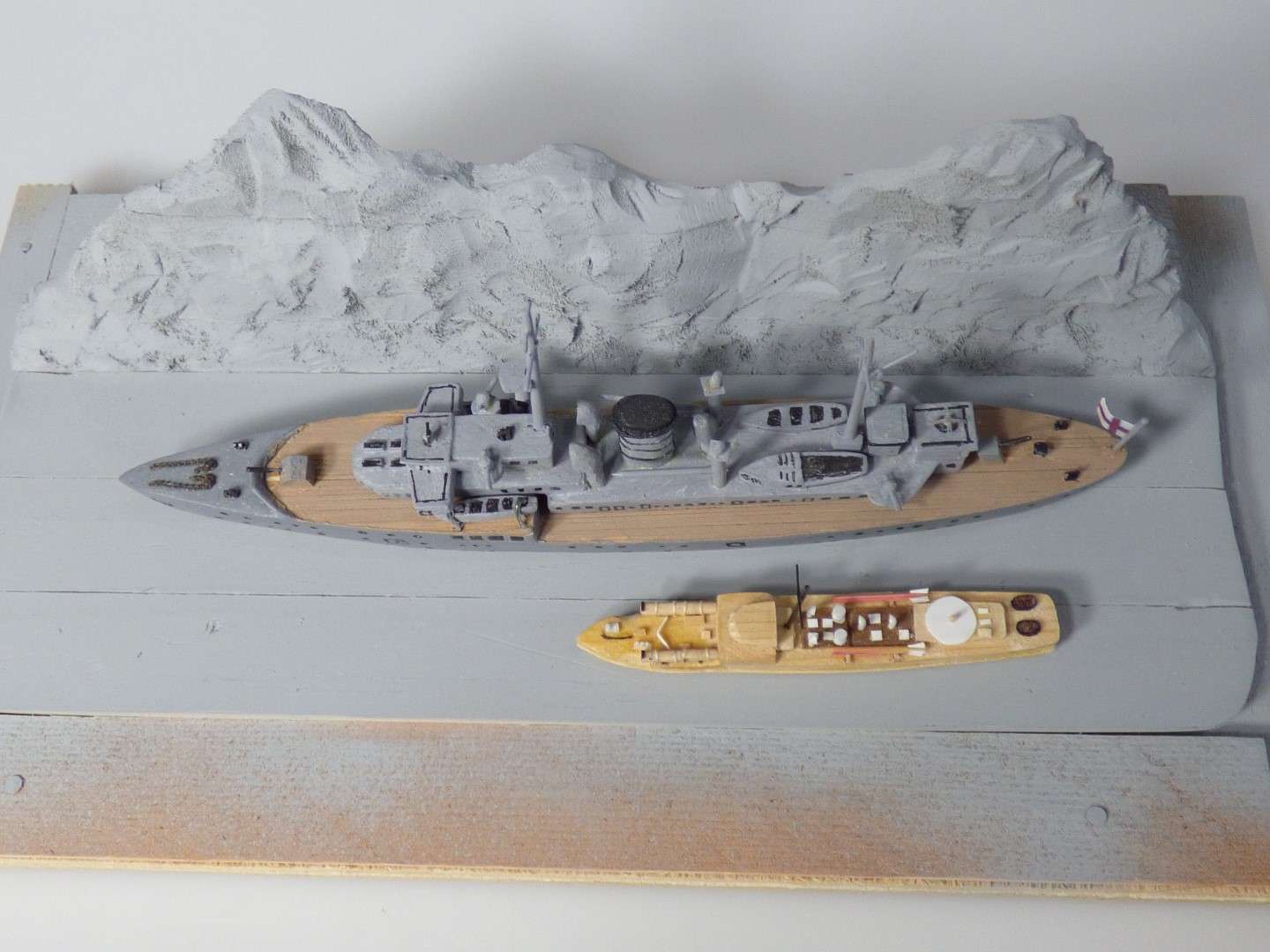 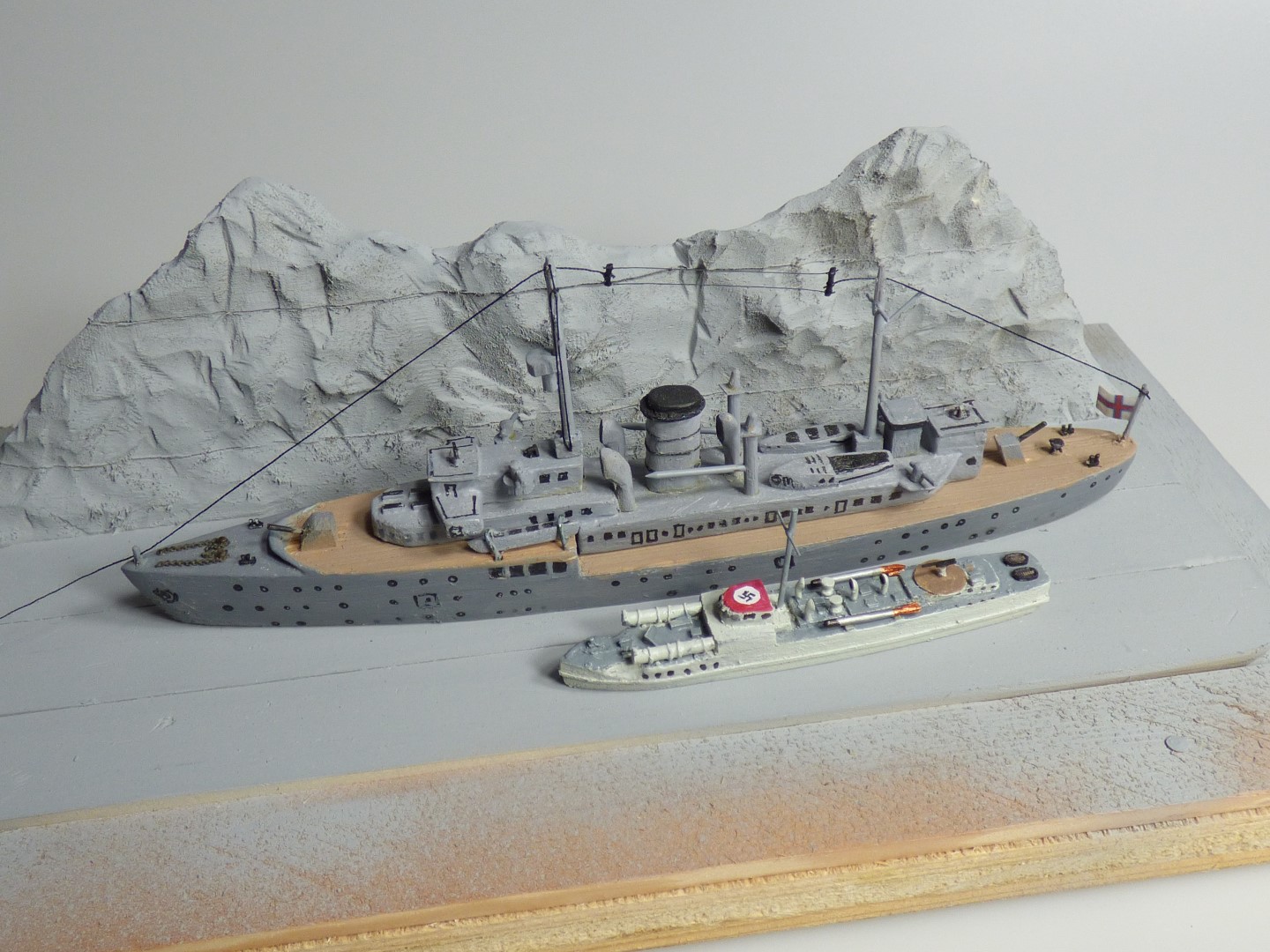 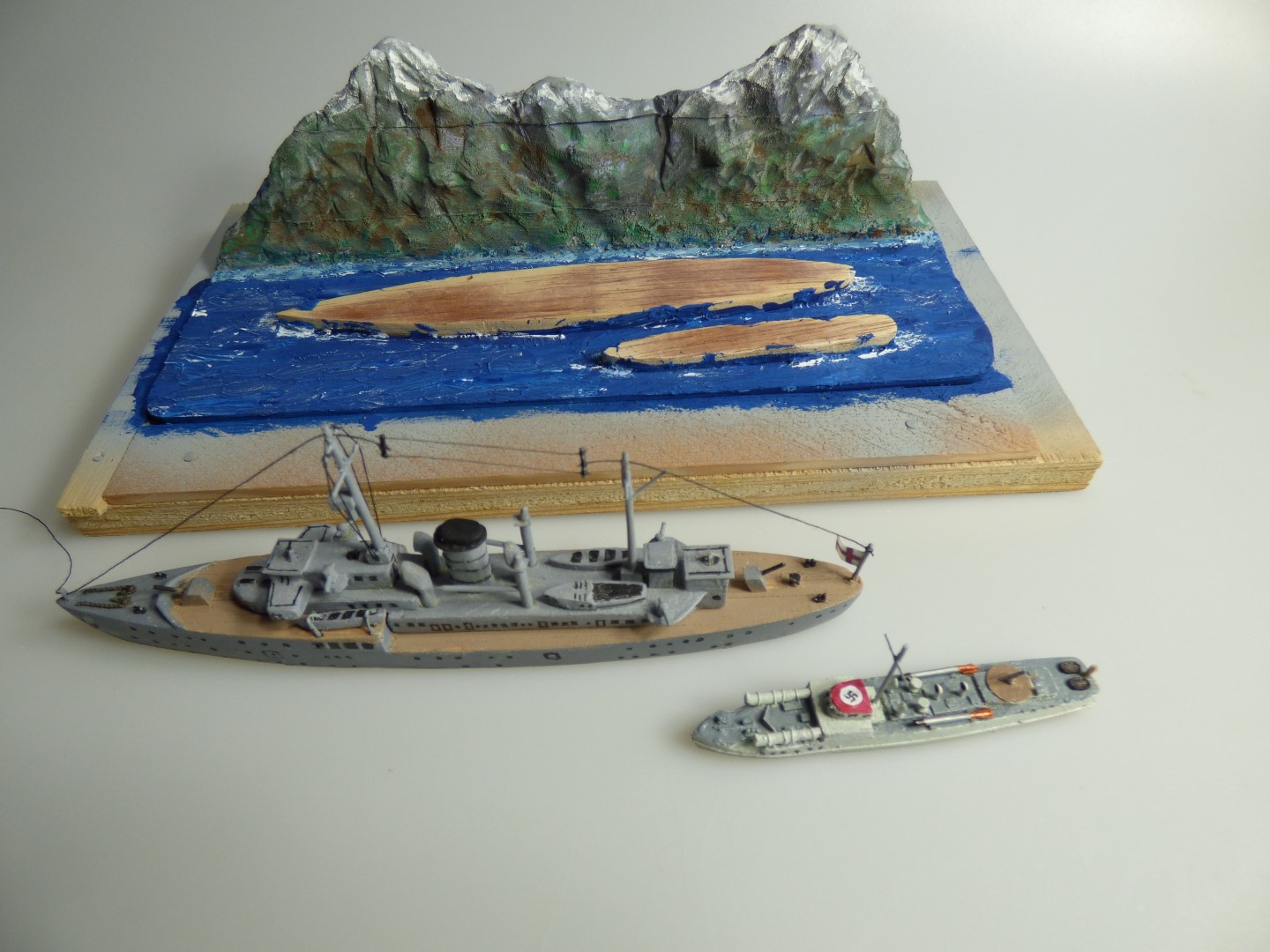 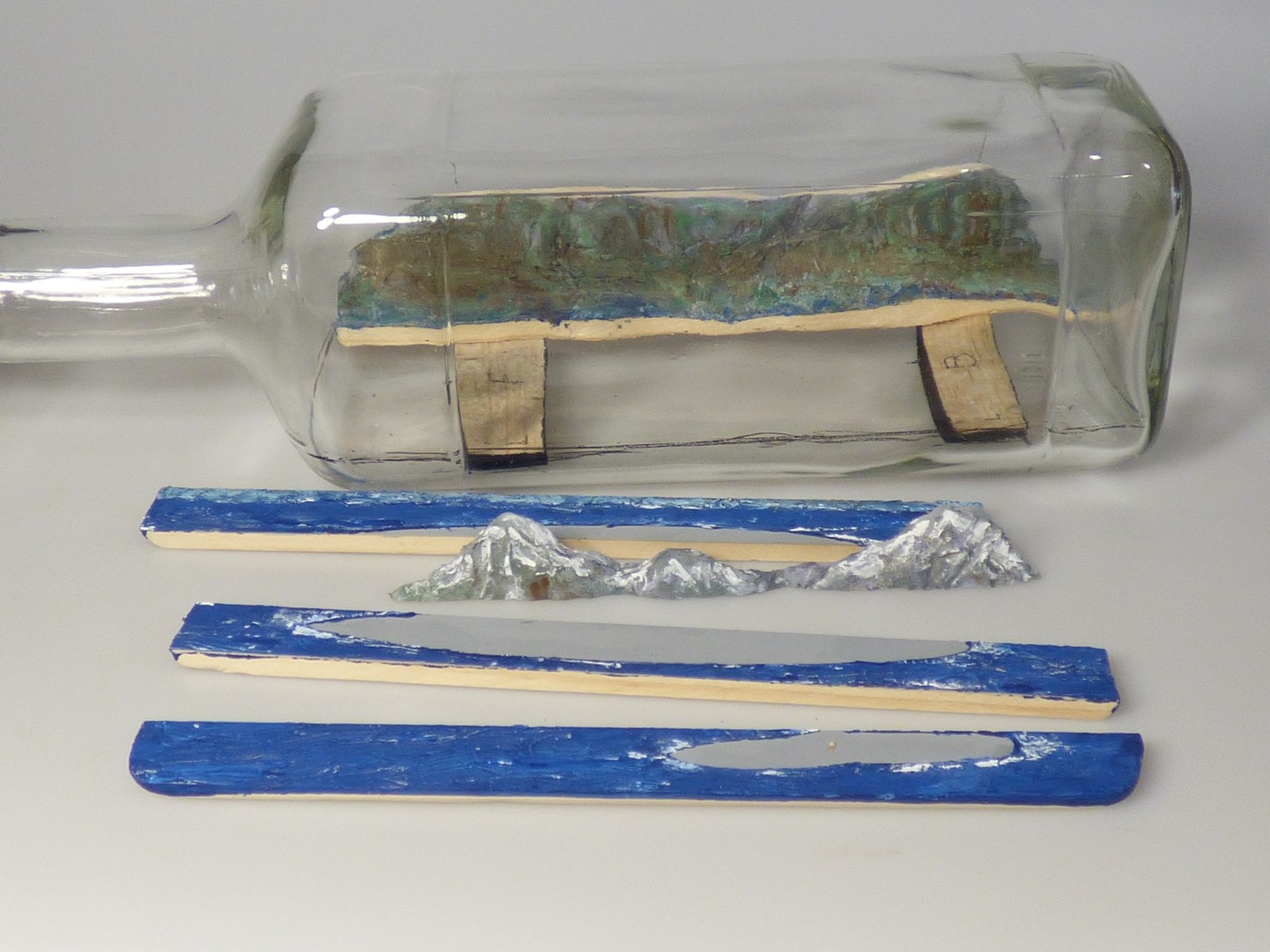 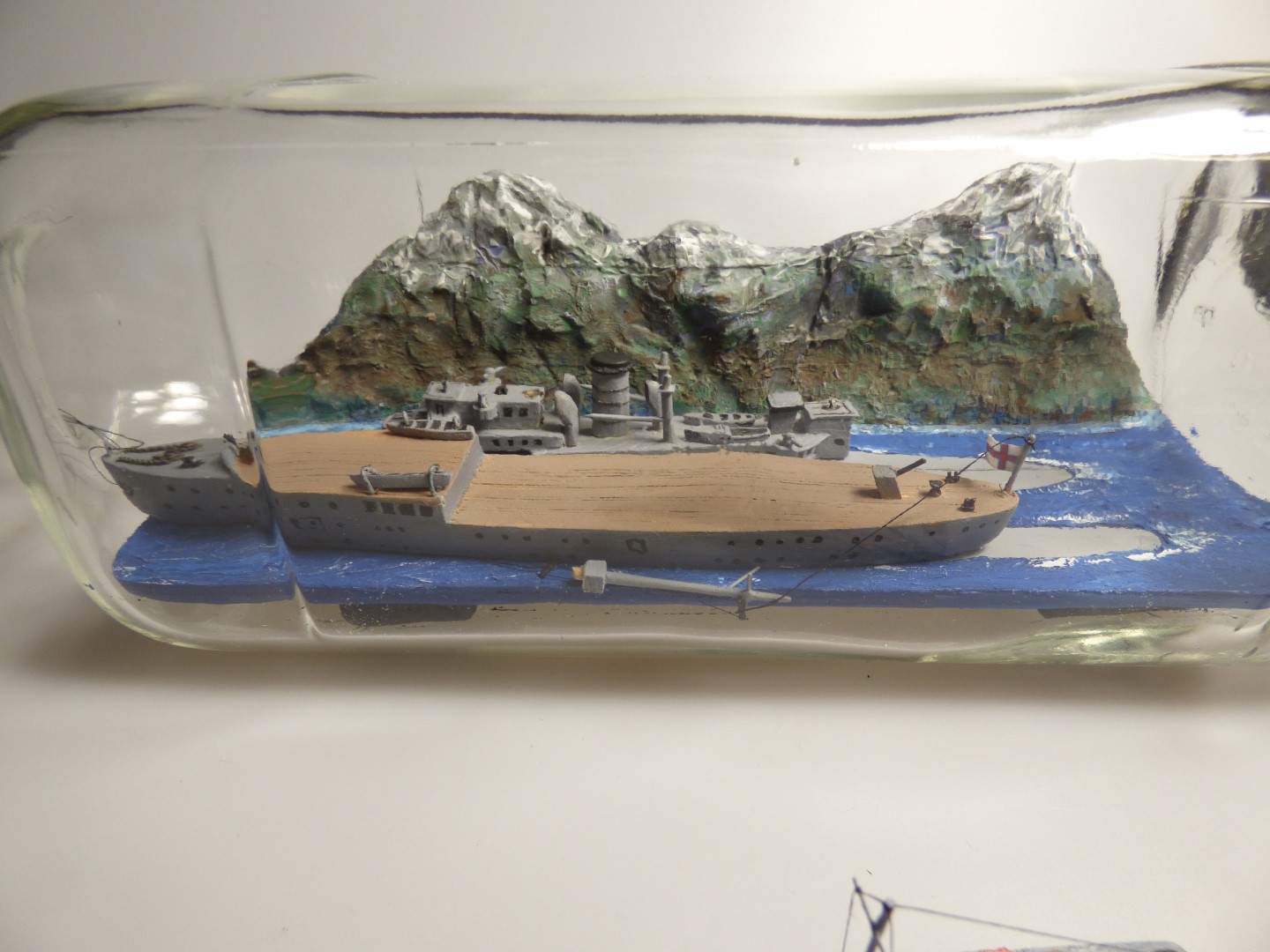 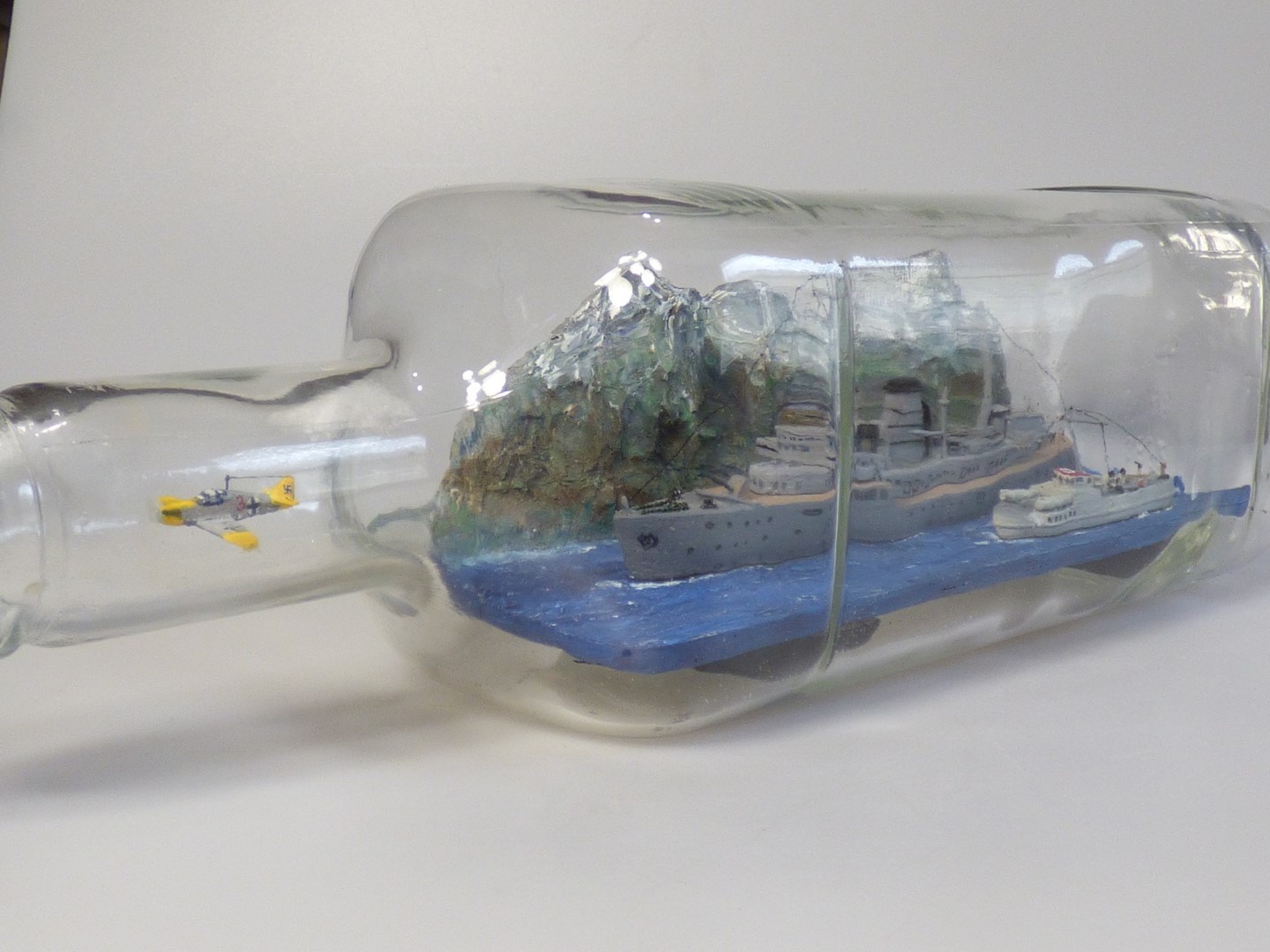 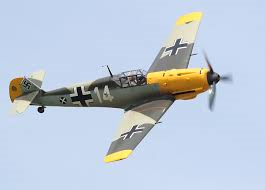 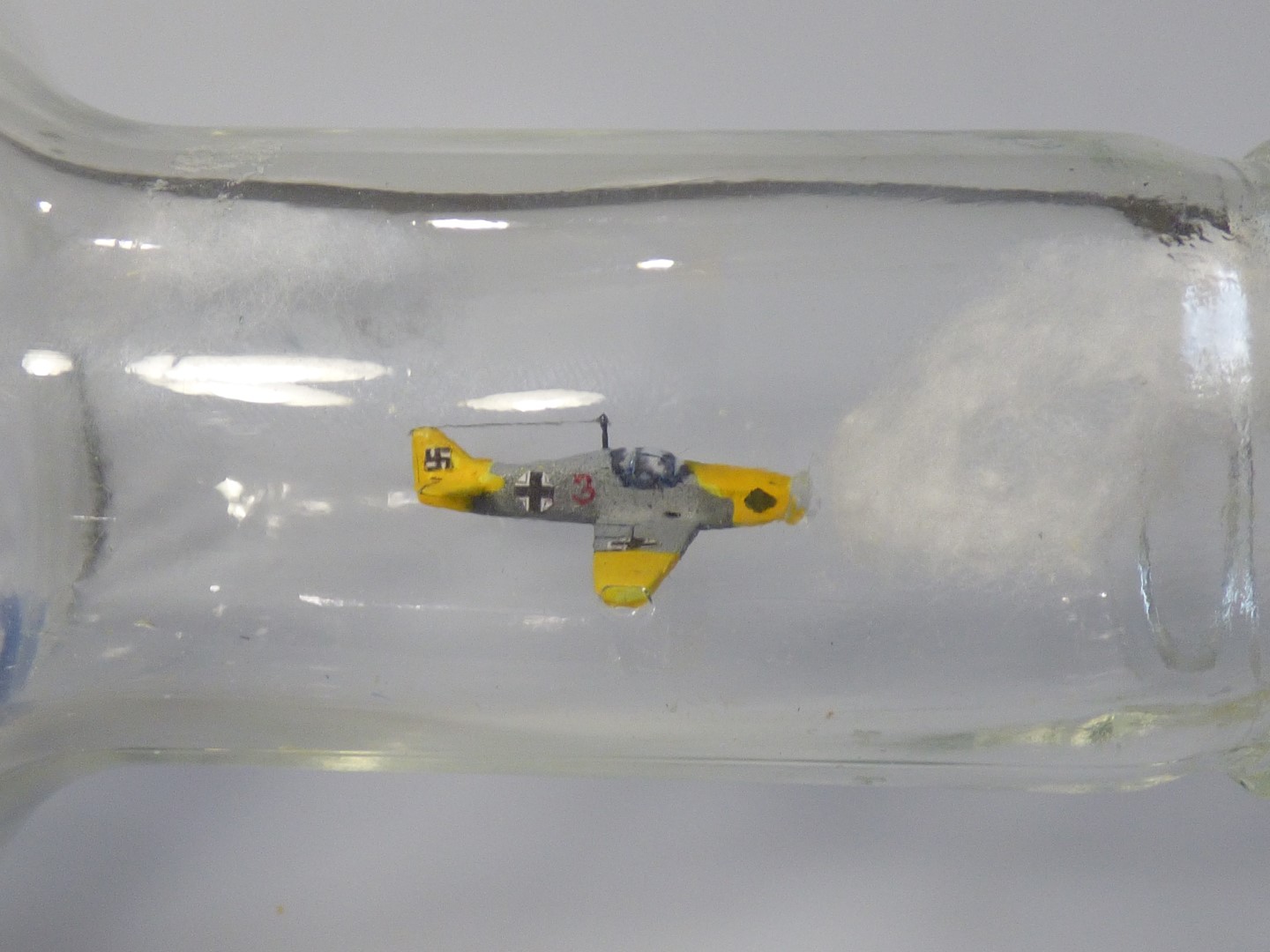 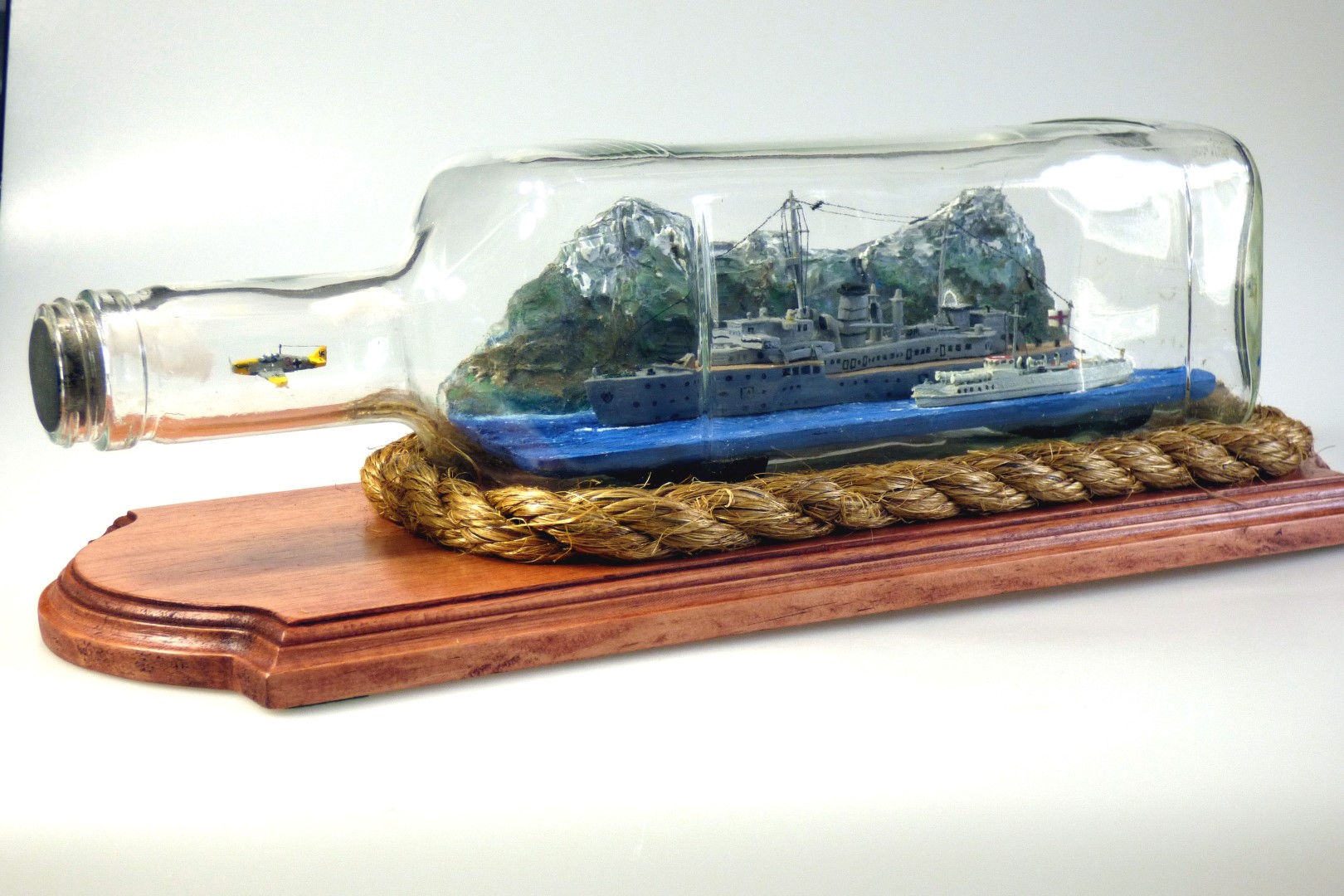 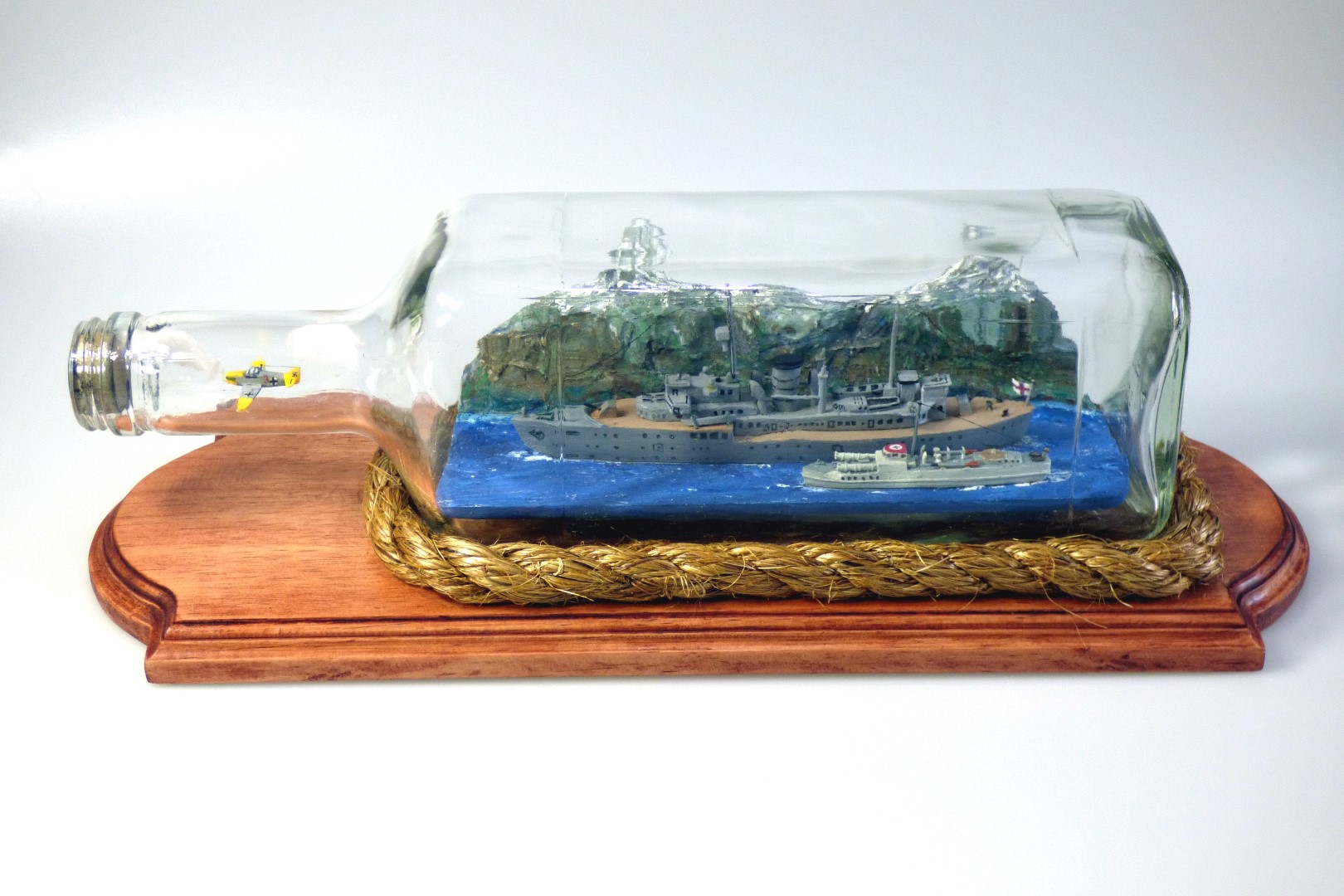 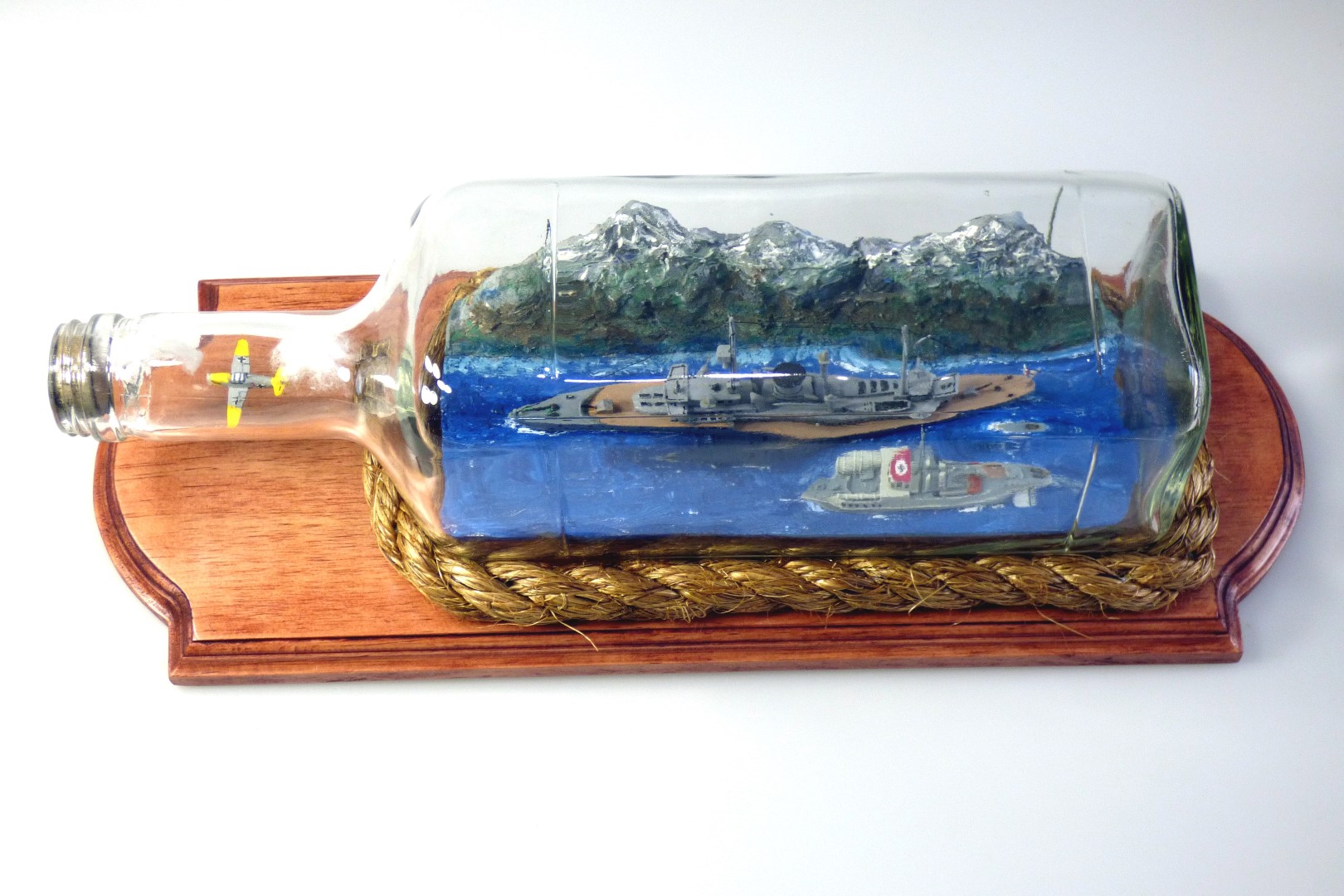