“Statenjacht” or State-Yachts were official ceremonial ships, meant to transport very distinguished people. Later they were also used as pleasure-craft. They were excessively decorated ships, matching the status of their owners. The original meaning of the Dutch word 'jacht' (meaning: chasing, hunting, sailing fast) indicates that they were good sailers. Their shape was derived from war-ships from those days. With shallower draught, lee-boards and fore and aft rigging, they had been adjusted to sailing the inland waters. In 1660 the burgomaster of Amsterdam presented King Charles II with a state-yacht. This was the introduction of this type of ship and yachting in England. Since then numerous ships of this kind were also built there, however with typical English characteristics.
The ship was planned with a unique “mounting” system in the bottle. Rather than sailing on a sea or mounted on a plinth or platform, this ship is suspended in the bottle using a block and tackle system. It presented in many challenges and frustrations, but in the end, it was well worth the effort required to present a beautiful model that “floats” in the middle of the bottle.
The following are plans and pictures showing the many steps and various stages that were in involved in the construction of this ship in a bottle.
Building Drawings: 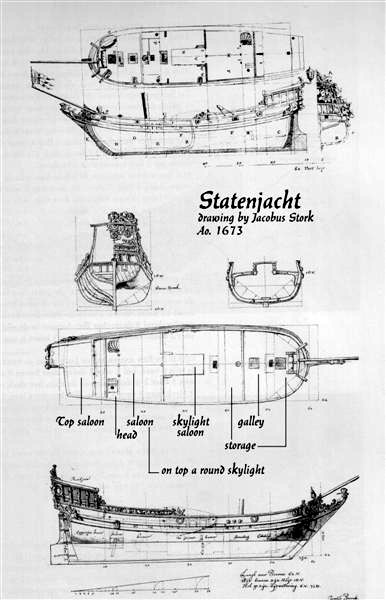 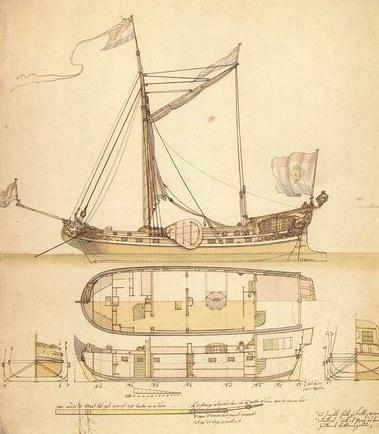