- by Henny Fransen
While working on his newest ship in bottle, the "Statenjacht," Henny needed some cannons.  He got a new idea for making the ship's cannons that was very simple and only took a couple of hours to complete.
The following picture shows the basic components of the cannon. The matchstick is for size reference. 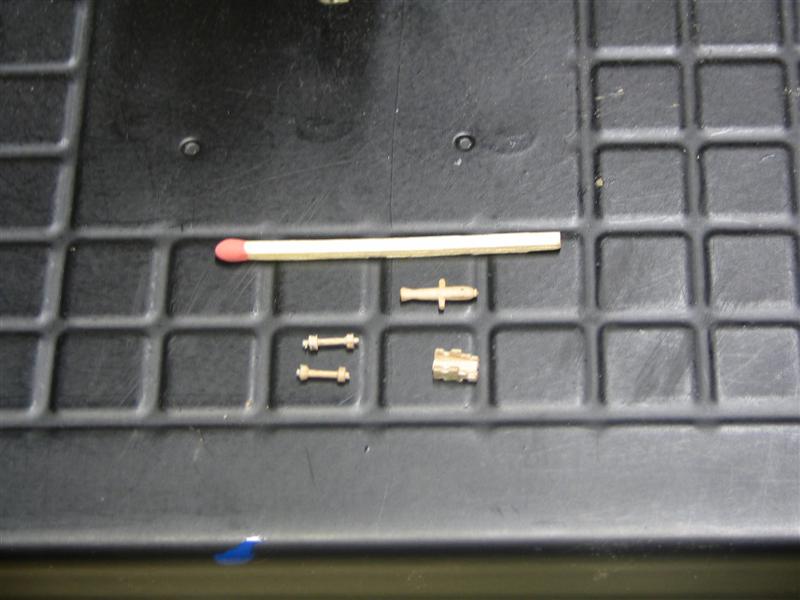 The next picture now shows the cannon assembled but unpainted. 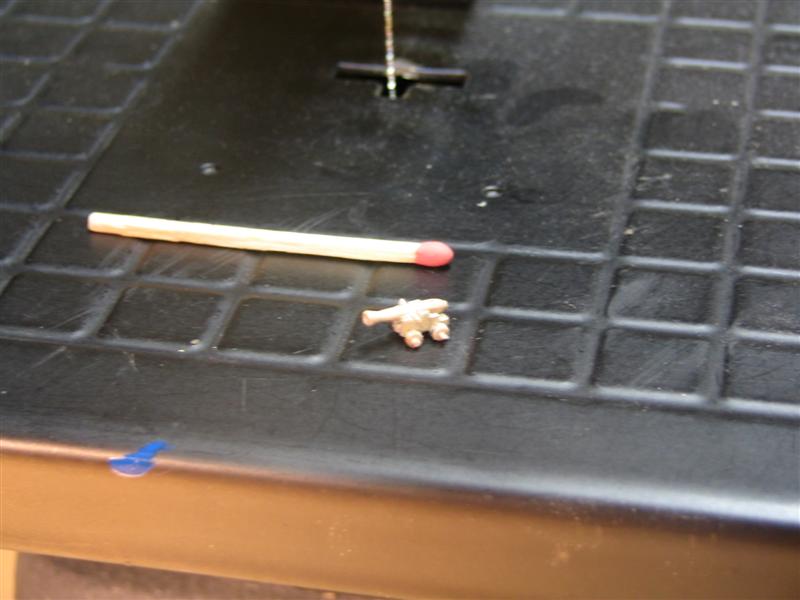 This final picture shows the finished cannon, complete with paint. 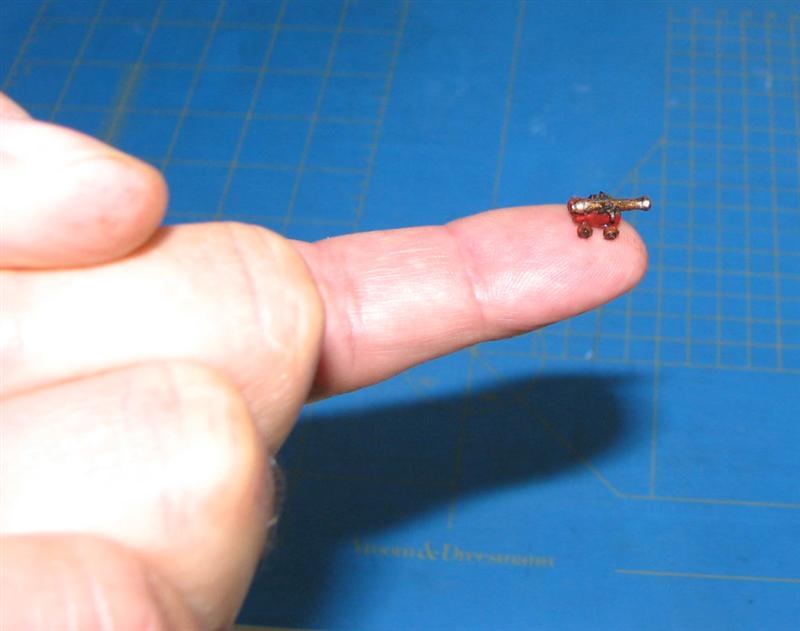 Henny provided the following instructions.
"The barrel was made of beech, round 2 mm.  A cut a few centimeters and put it in my minicraft. With an oval and straight file I gave shape to the barrel. When I was satisfied I cut it at the end, in the front I drilled a hole. (to let the cannonball out of coarse).  Then a small hole was drilled straight through the barrel and a little wooden axle was stuck through it.  Axle and wheels were made in the same way, all out of one casino online peace of beech, 2mm round.
The carriage was made of 2mm plywood (1x bottom and 2x cheecks), cut with a knife and shaped with a straight file, including the slots for the wheels axle and the barrel axle. Then the parts were glued together and the canon was painted. After it was dry, I put some brown patina on to it to get the antique effect. Ptina is a sort of brown paint.  Put it on the model and wipe it of with a dry brush. Some patina will stay in the deeper area's - in the Statenjacht sequence I will show you how it's done).
That's it!  No elaborate plans are necessary - just a great idea and good execution.  The results are very satisfying and perfect for most any ship in bottle requiring one, or more, cannons.