On a day in September I had a call from the museum of bottle ships, located in Enkhuizen (a really beautiful little town in my own county). 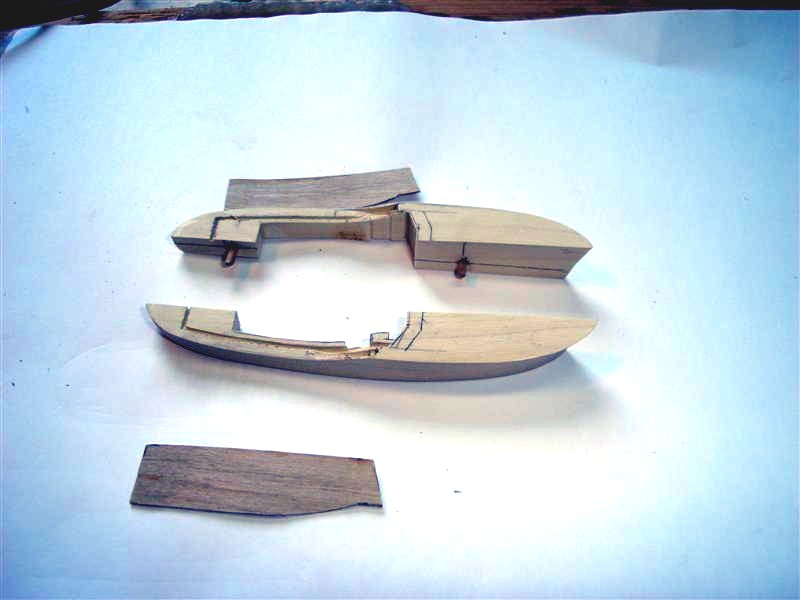 The owner of a yacht has asked the manager of the museum if the new someone ho good make a model in a bottle of his ship.  My name is in a register of people that make now en than ships in bottles for individual people.I met the owner at his ship. A beautiful classical yacht made in 1939 at a shipyard I worked at in 1972-1975.  It was a so called “bakdeksalonkruiser”. A high front deck for the living room and kitchen; steering house in the middle of the ship; and bedrooms and shower at the stern side.The owner showed me an article in a magazine from 2002 whit an article about his ship, called “Basta.”  The pictures in the article, the pictures made myself and the size of the ship  were enough to make the model. 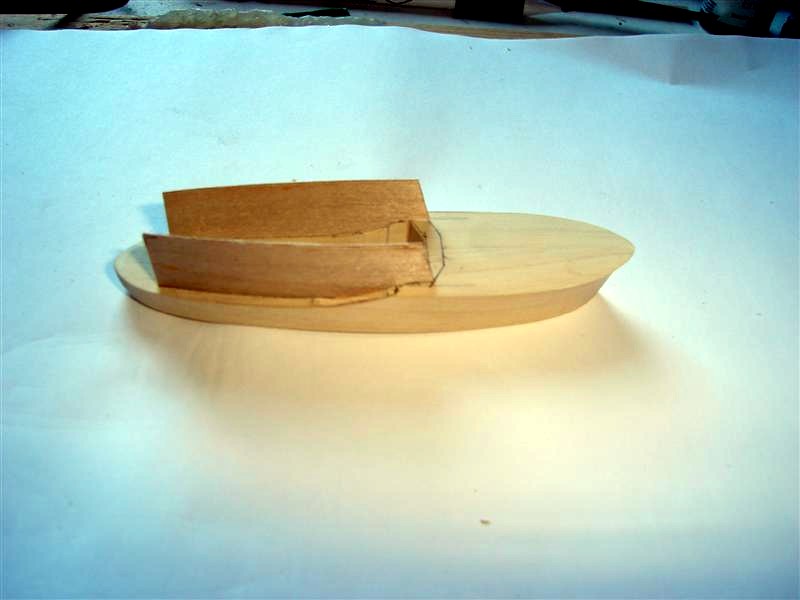 I made the hull out of two parts, hold together with wooden sticks of round. In the middle of the ship, the place of the steering house, I get a part out of the wood on both sides. I made a separated part for the inside of the steering house. The deck houses I made of triplex. The glass is made of thin plastic. The interior of the steering house and the steering wheel on the champagne deck are made of peer wood. A little mast for the flags is placed on the front deck. Flags on the stem- and stern side are completing the model with a few details on deck.

The hull is painted white also the top of the steering house, de deck is natural wood in colour of teak and the deck house is in the colour teak. (I helped the nature with some water paint) I put everything in the line-seed oil.

After everything was completed I put two see birds on the inside of the bottle. Once again a very lovely model, but this time not for my collection.