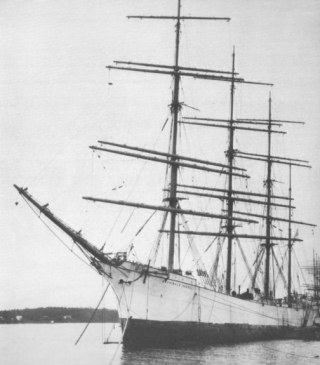 “She was built in 1905 at Greenock England. After sailing a few years she was bought in 1924 by Gustaf Erikson., a ship owner from MarieHamn at the Aran Islands in Finland, where big sailing vessels are made. He bought old ships or only de sails and put all the materials from ships that became too old to sail on his other ships so the good still sail.

I decided to built this ship because of the beautiful lines and the way of panting. She was painted whit gun-ports. But, as many times, I want do something else than just building another ship. I decided to built this ship in the style of a church-ship. These ships were made often by captains when the came home after a dangerous voyage to thank god for  a good home coming. In many churches in Holland you can still see them, hanging on the ceiling.

This SIB is different from others because of the fact that de stags and other ropes can not come out under the hull. De ropes had to go trough the hull and come out some where on the forecastle of the ship. Therefore, I made a tunnel in to the hull and placed over that tunnel a thin piece of wood. After painting de deck you can’t see it no more. Then, I drilled a hole from the forecastle into the tunnel (with a small round drill from a dentist) so the stags and ropes came out of the forecastle deck. After everything is ready and the ropes are cut off I put a hatch over it.

The Archibald Russel is a 4 mast bark. I didn’t cut of the main mast but made it about 35 cm long. The rest of the building is as usual. Usual? A beautiful word for someone who doesn’t do things usual. I realise that I didn’t say anything about the details of the Archibald Russel. On the forecastle I have made a crane for the anchor. Writing this I realise that I didn’t look very good at the SIB I made in 1994.  In the forecastle there is more to see. Two bollards, a crane, hatch, anchor winch and 2 lights. From the forecastle to the poop deck there is a bridge, 2 deckhouses for the crew and 1 donkey-room. On the poop deck 2 life boats hang from davits. On the poop deck there is also room for the officers on deck and the steering-house. Finally, there is an open house that will save de seaman on the steering wheel from the waves that came from behind.

When the ship was ready I made a metal holder (you can see it on the drawing “No. 4”). When the ship is in the bottle I put the ship in to de holder and with a metal pin I push the ship down so it get stuck so I can work on it. Working on it that way made it possible to pull up the masts by pulling the stags one by one. It was very difficult when the masts where standing in their positions to put some glue between the ropes at the place where the came out of the forecastle.  Therefore, I had to put a very little bit of glue on the point of a long metal pin. Because the pin is long end very thin it shakes when you put it into the bottle. When the

glue hits a rope or sail you can’t get it off no more. But that is the challenge. And so many times it went alright. After I cut the stags and ropes off and put the hatch over it you could never see how I did it. As last part, I glued the stags that went to the bowsprit.

When the ship was ready I got out the metal pin where the ship had been stuck, pulled the ship upwards on the long main mast, and I got de metal holder out of the bottle. Before that, I drilled a hole of 2 mm through the cork and now I pushed the “mast” through the cork. I cut off the excess mast and it was ready. I completed the SIB with a Turk’s Head knot and seal. 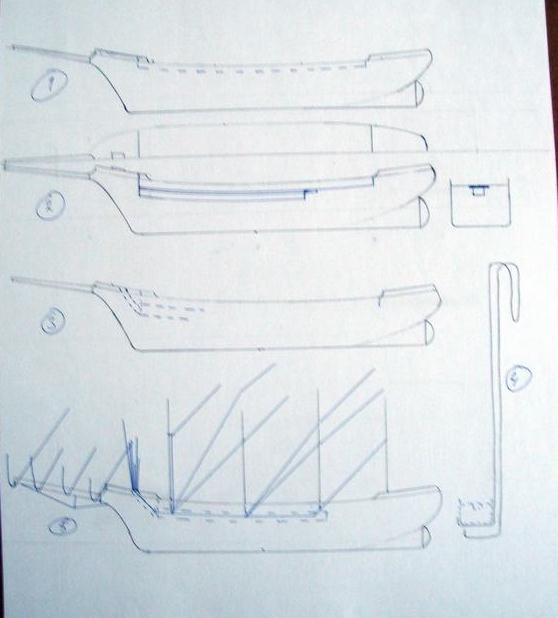 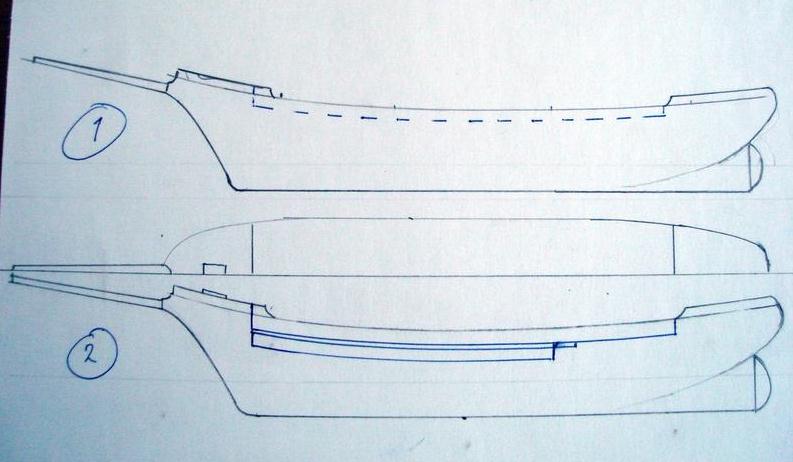 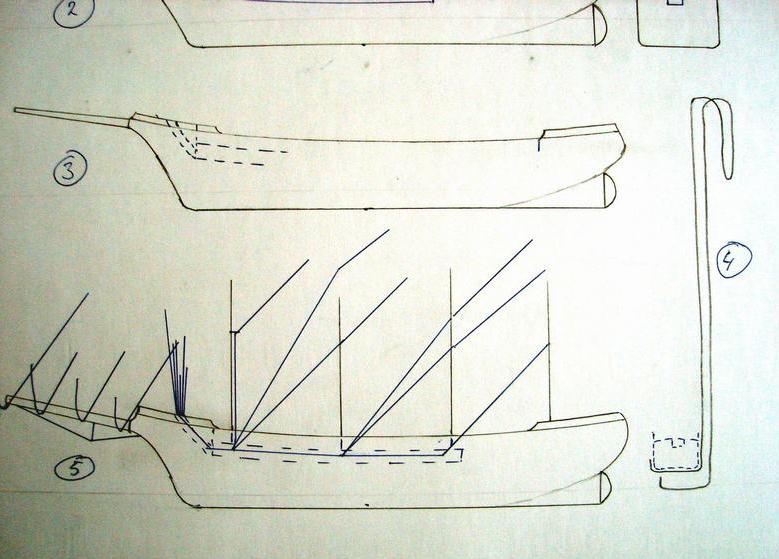