Build Working Clocks in a Light Bulb - by Elmer Westerman

Build Working Clocks in a Light Bulb - by Elmer Westerman

(click on any picture to see a larger image)

The light bulb I am using is one that was rated at 1000 watts and is 6.4 inches in diameter and about 12 inches long.  The diameter of the hole through which everything must be inserted is 1” in diameter.  The finished clocks will have dials that are 4” in diameter with a 2” container ring.

The following are some pre-insertion pictures along with some special tools I had to make and a couple pictures of work-in-progress.....with the clock mounting ring and one movement inside.  The one tool that is pictured is a modified dentist's drill with attachments to facilitate assembling the components in the bulb. 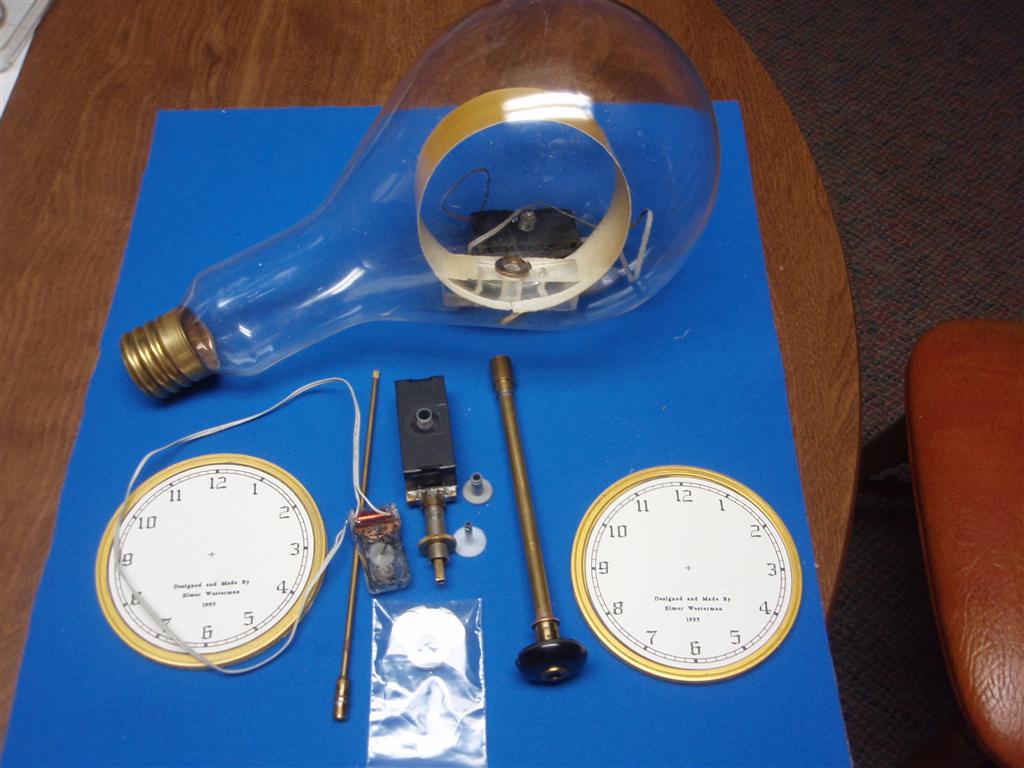 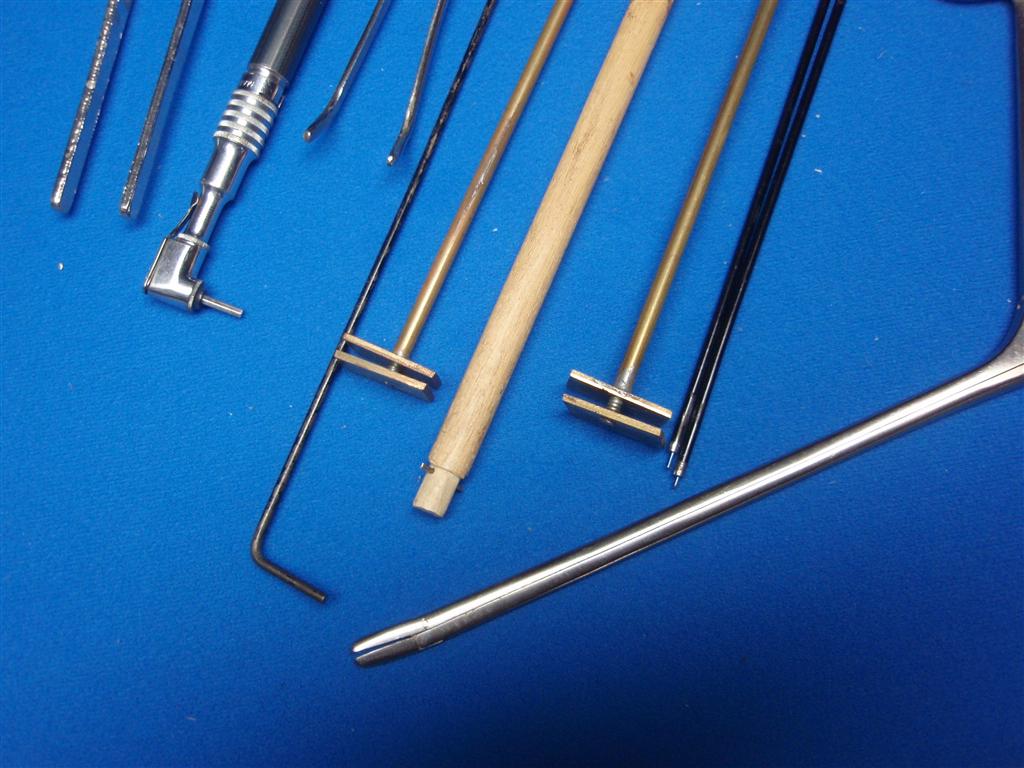 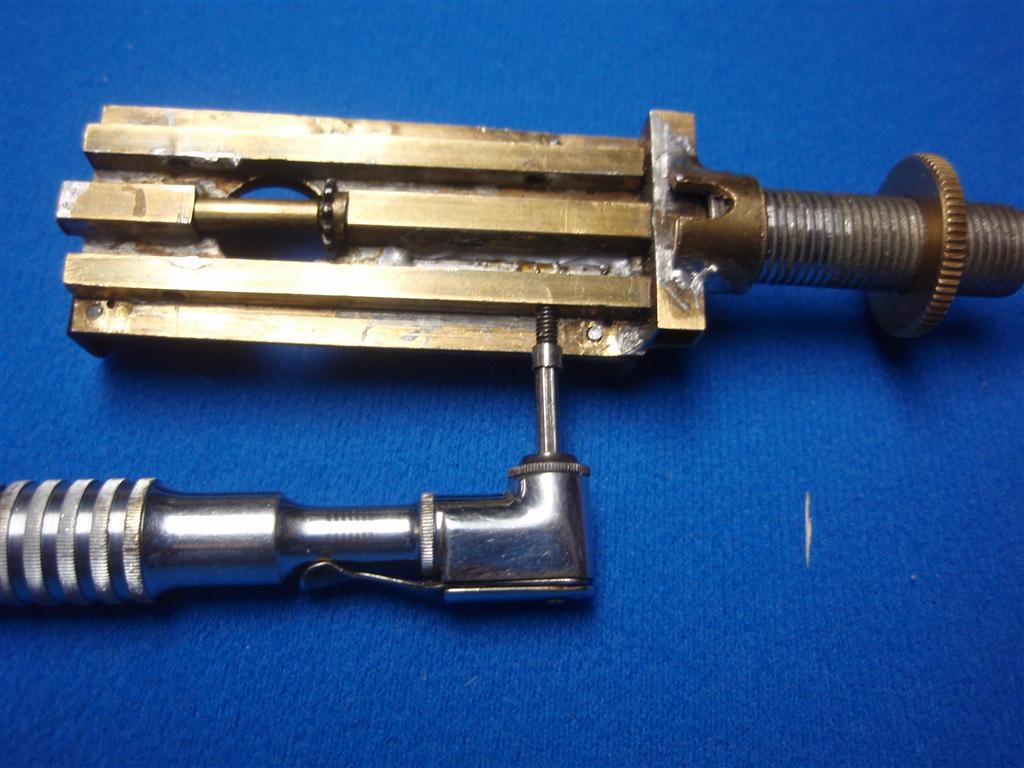 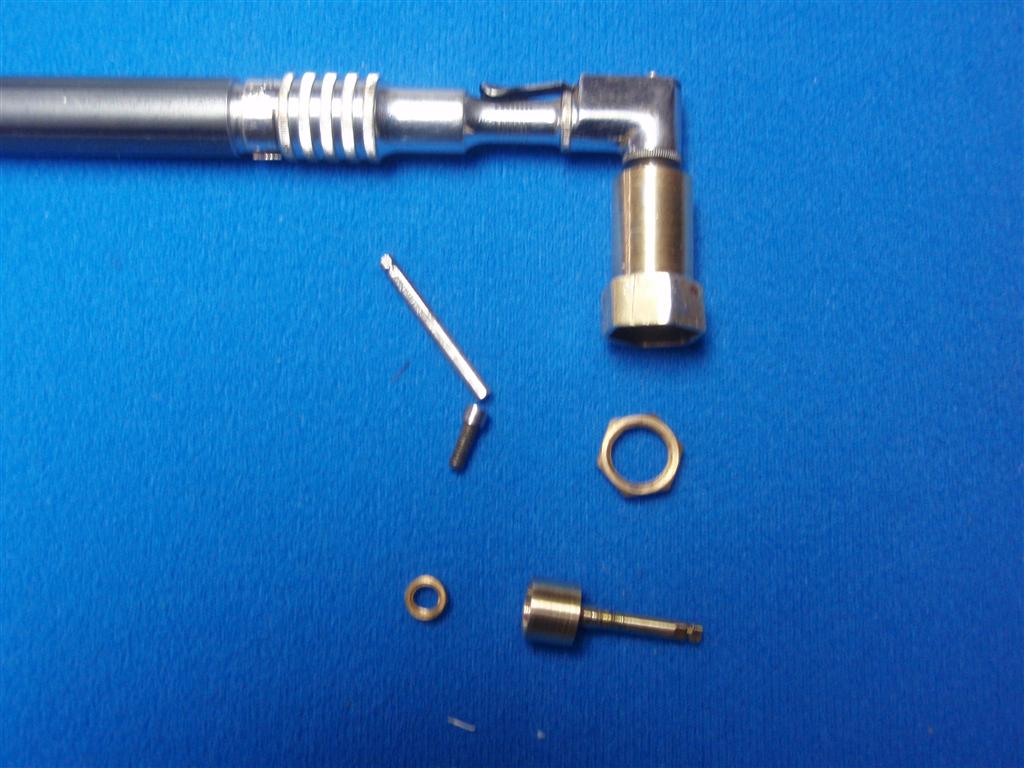 The attached pictures show the date and the steps taken to arrive at this stage of completion. The Pictures are as follows:
March 23, 2011 - The individual parts for the second movement that needed to be assembled inside the bulb. 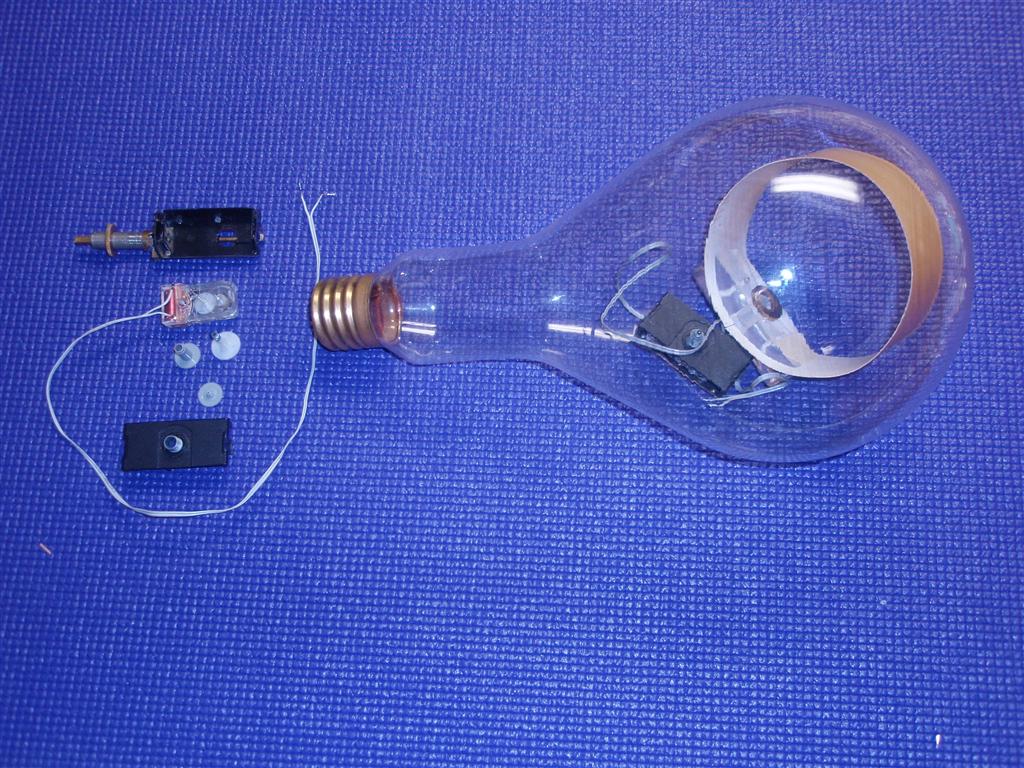 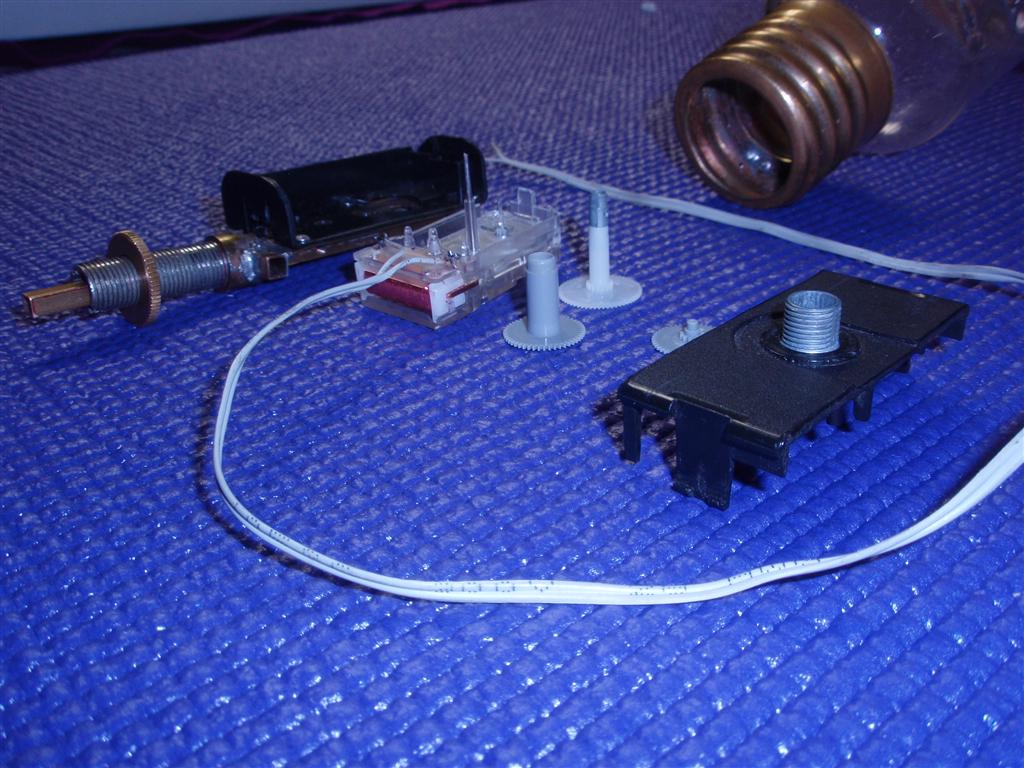 March 23, 2011 - The movement ready to have the clock gears installed. 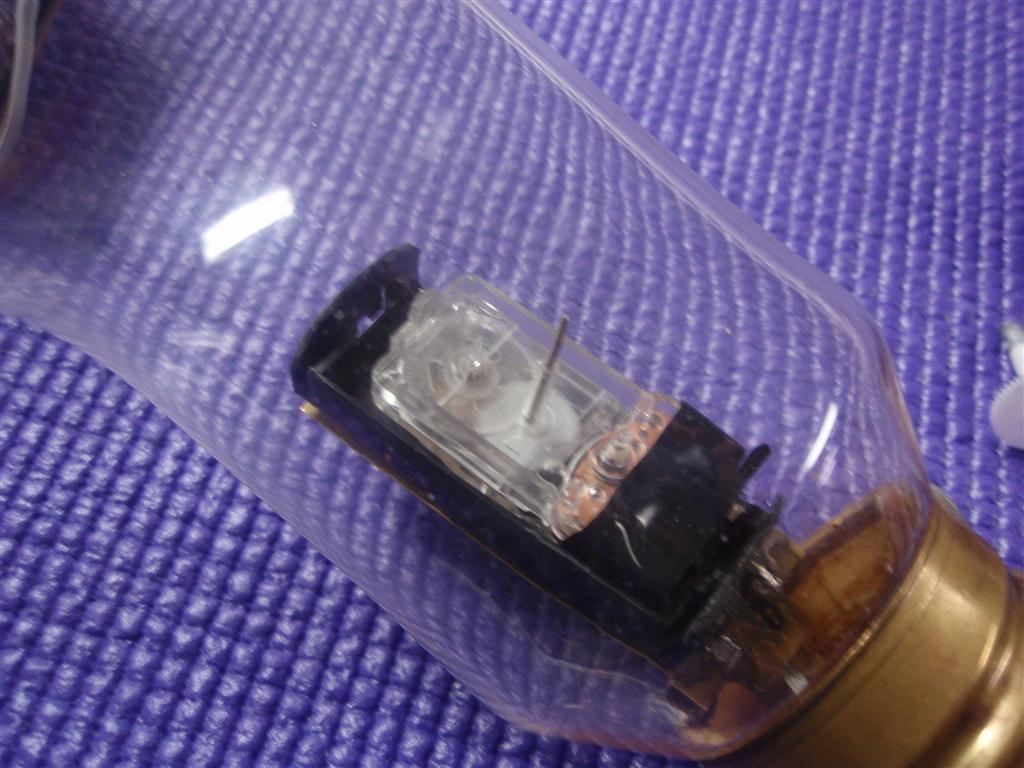 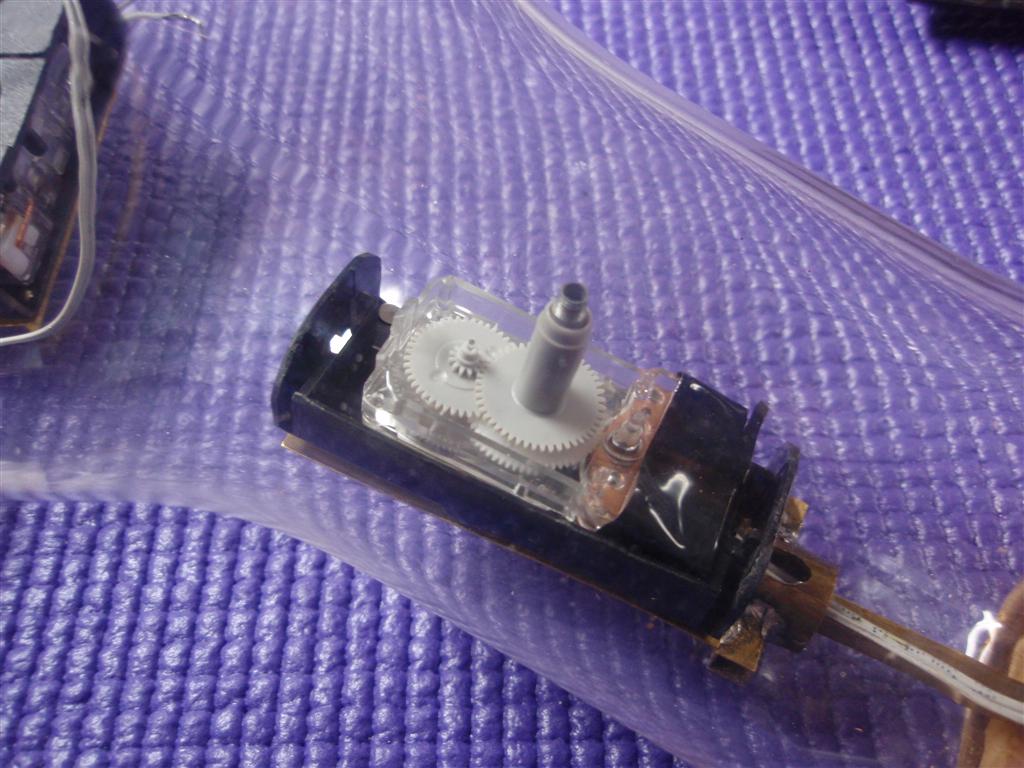 March 24, 2011 - The top half of the movement has been snapped in place and a shortened second hand installed just to check to make sure that the movement will run. 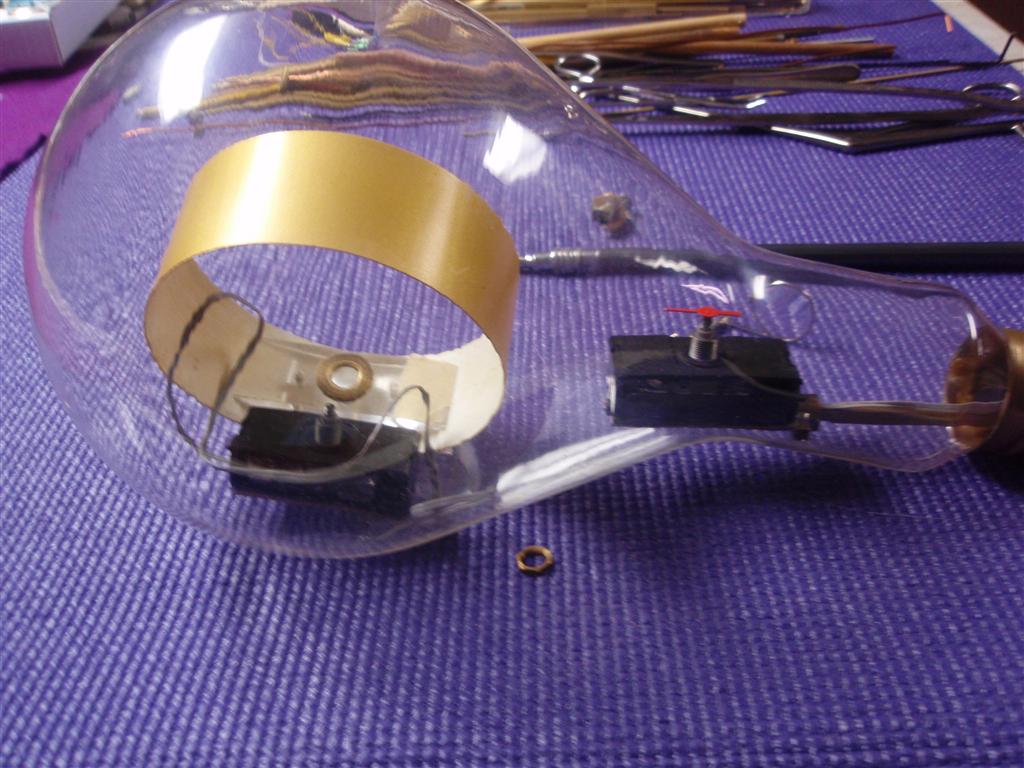 March 24, 2011 - The two movements  have been placed back to back and  my right angle allen screw driver (made from an old dental drill) is shown  screwing the two movements together. 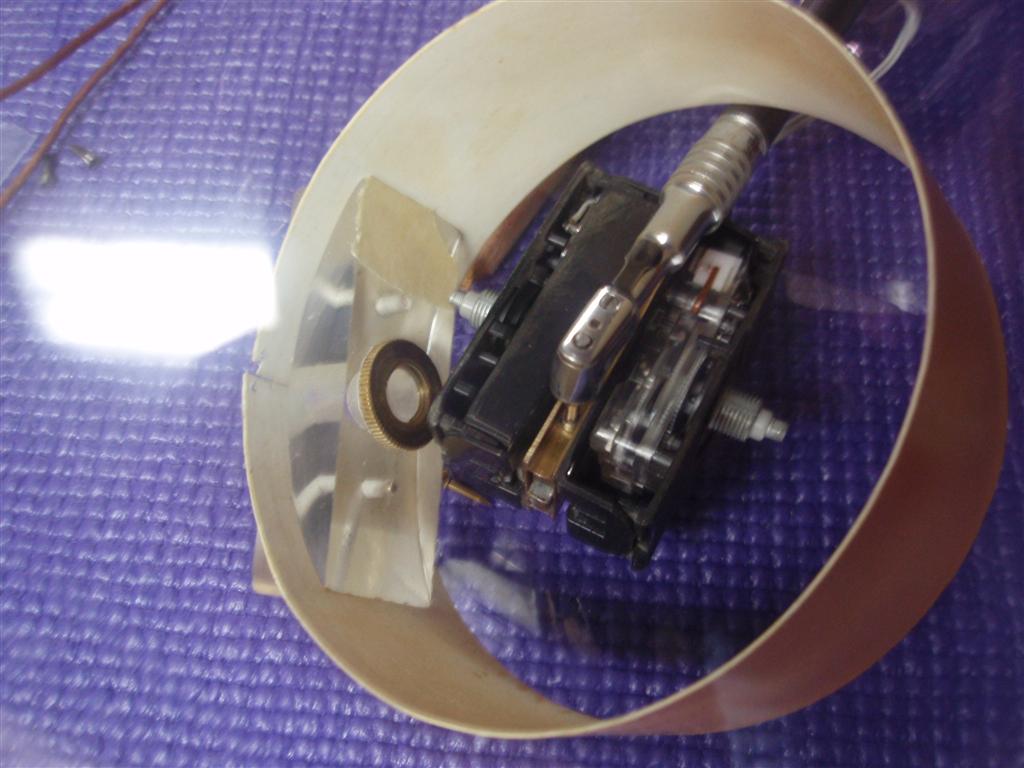 March 24, 2011 - The two movements fastened together showing the allen screws. 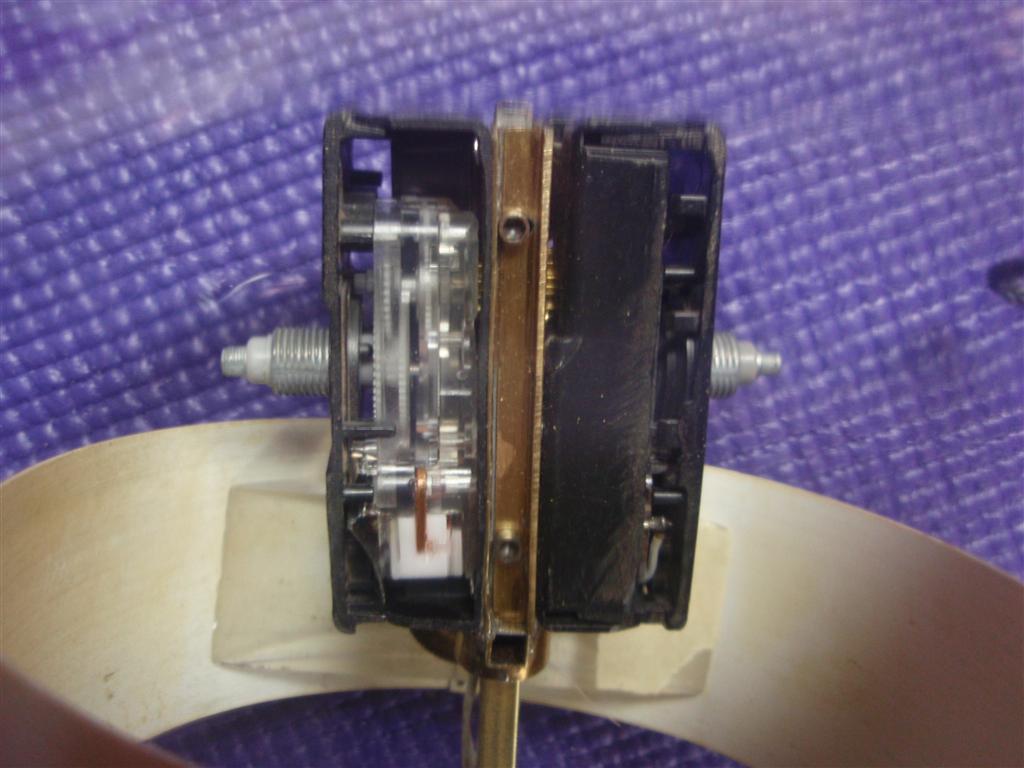 March 24, 2011 - The combined movements are shown in place within the dial ring. 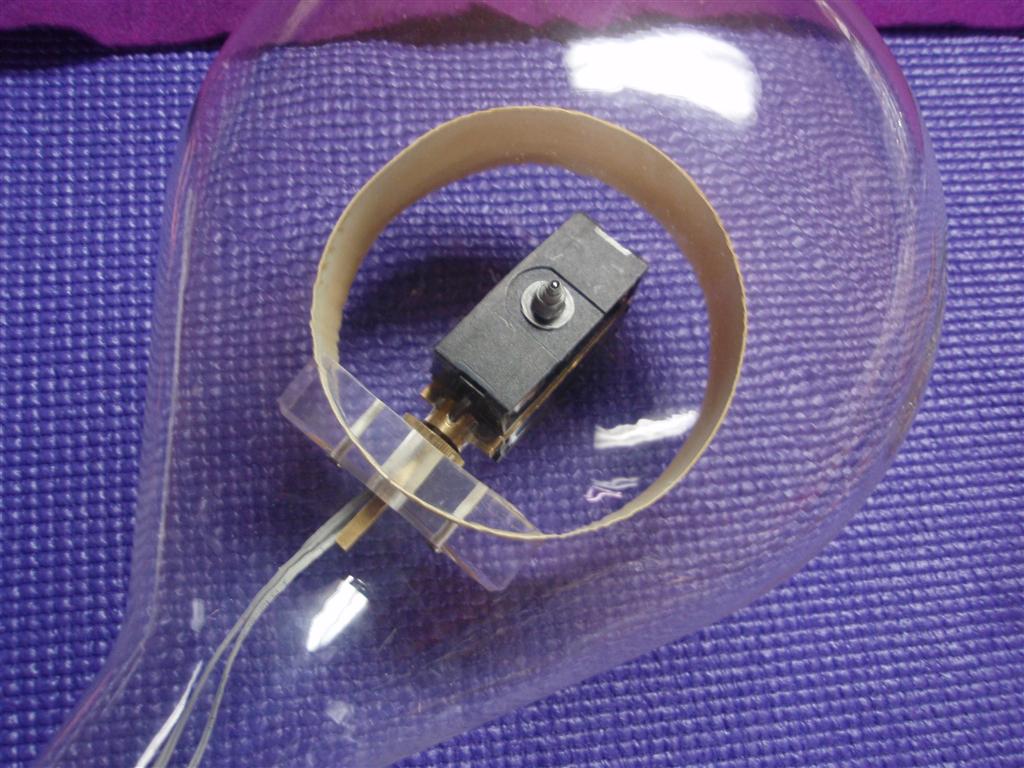 March 25, 2011 - Show the movements within the dial ring mounted to the center post that supports the entire assembly from the base of the bulb itself.  The bulb was then screwed into  a support base fashened from the base of an old table lamp.  The  base for the “Clocks in a Light Bulb” when finished will be made of clear acrylic  that is 12” in diameter and 4” thick.  I want the illusion to be complete. 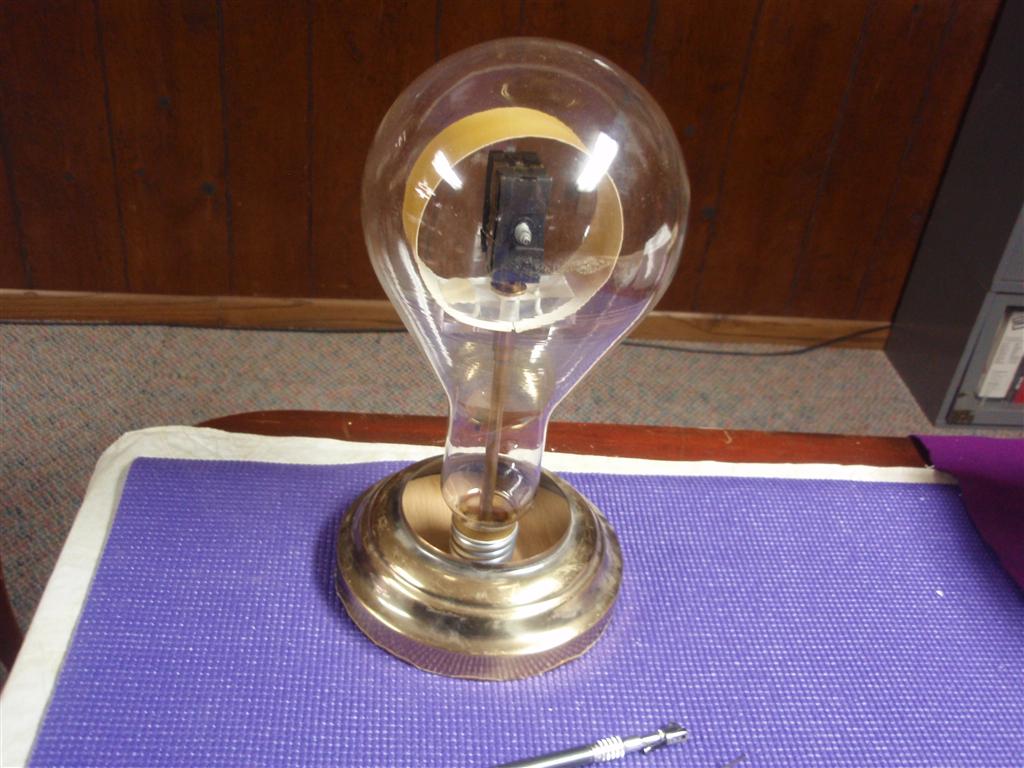 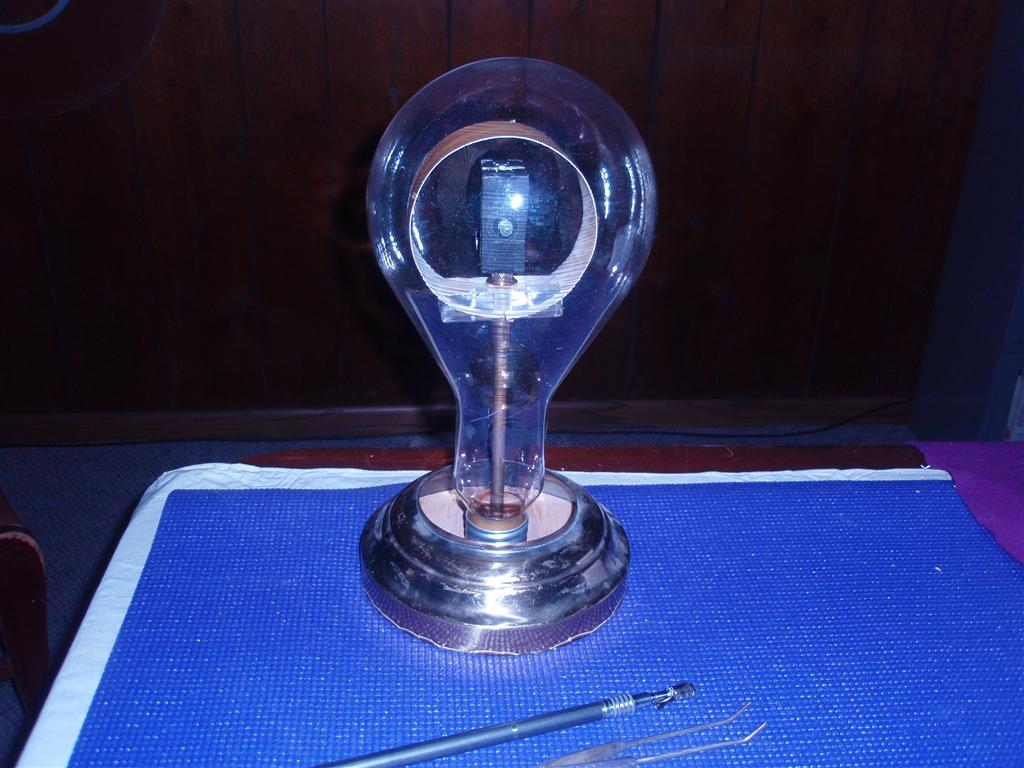 I have now finished inserting the second movement in the bulb, fastening them together (back to back) with allen screws, fitting them into the retainer ring and mounting the retaining ring on the center post that holds the clocks central in the upper portion of the bulb.  Finished is the challenge of putting 4” diameter dials in place, mounting the hands, installing the quartz circuit board and batteries to make it functional.
Final Stages

Attaching the dial to the dial retainer 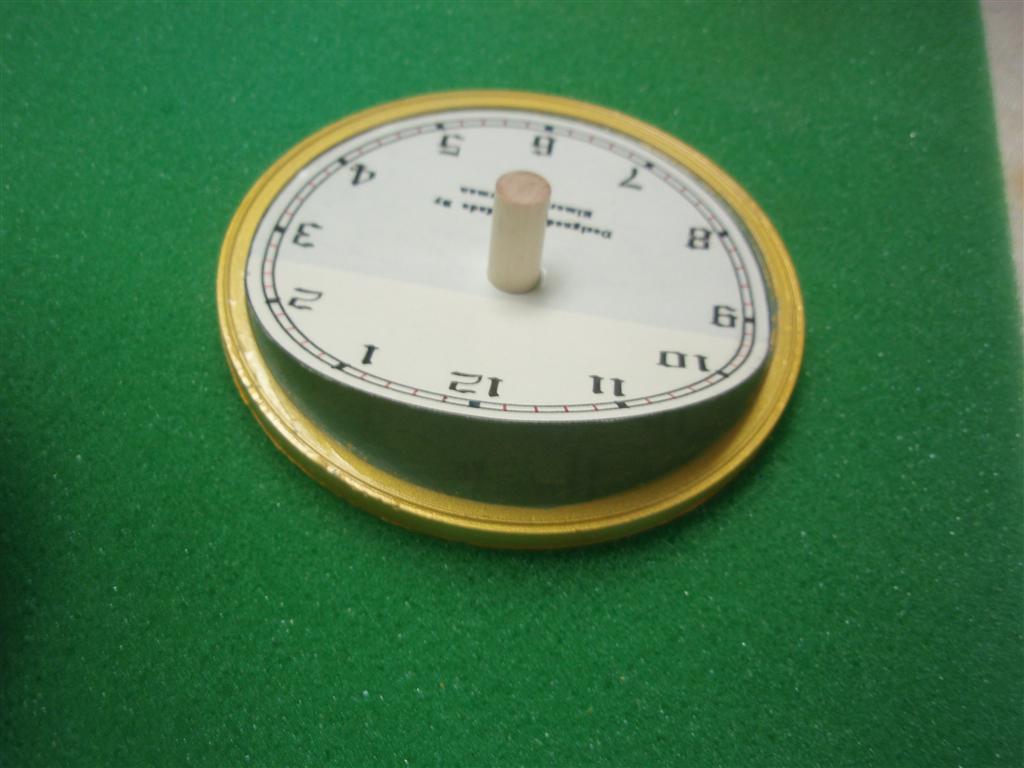 Dial in place inside the bulb 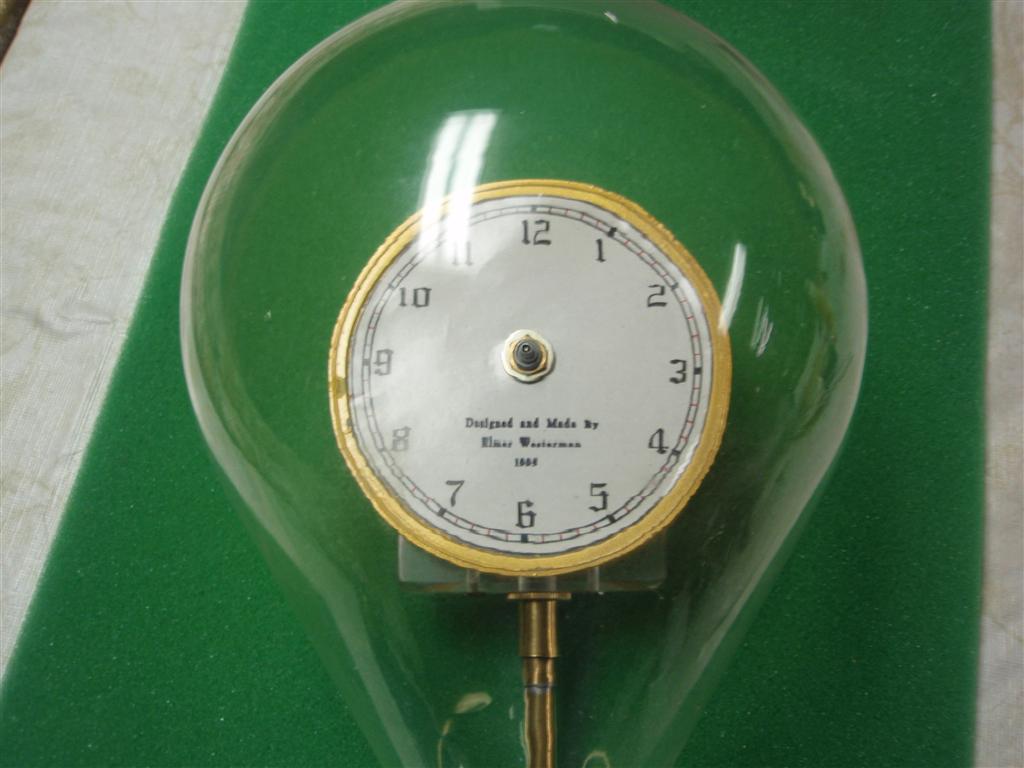 Both dials in place 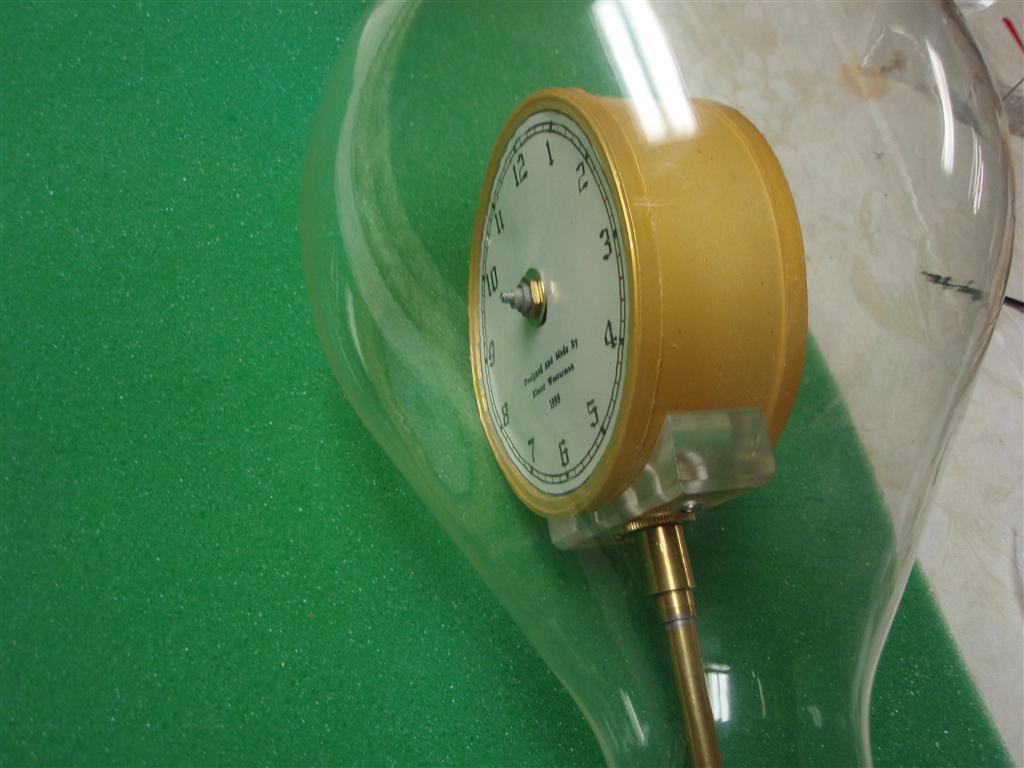 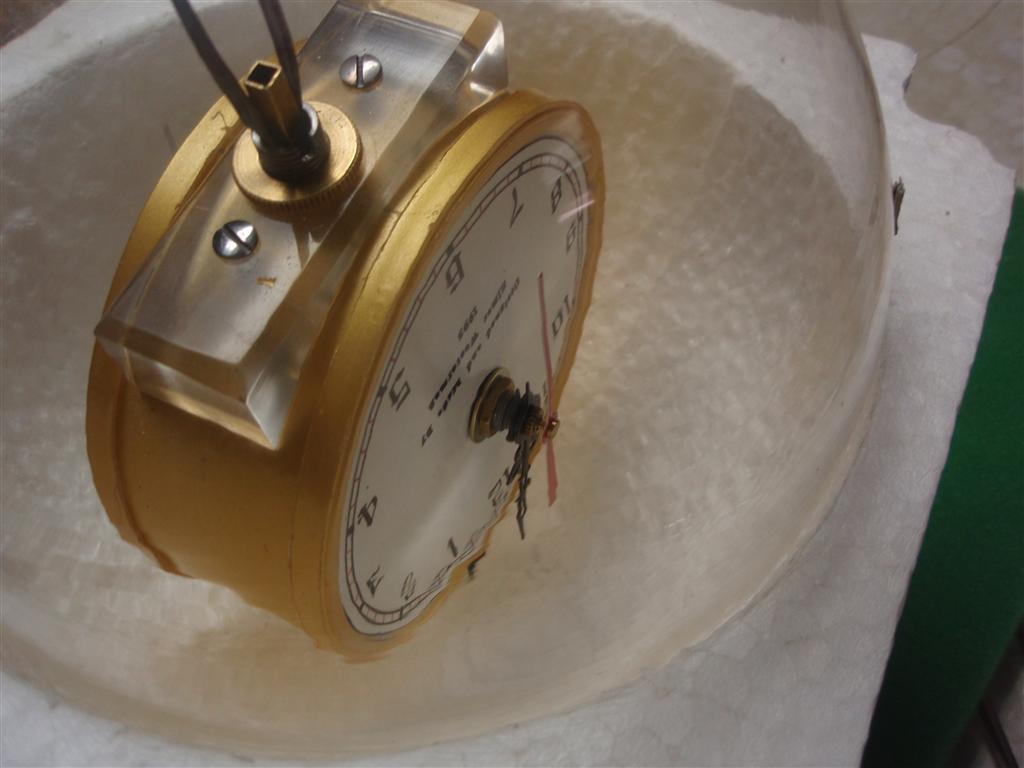 Finished light bulb without the base 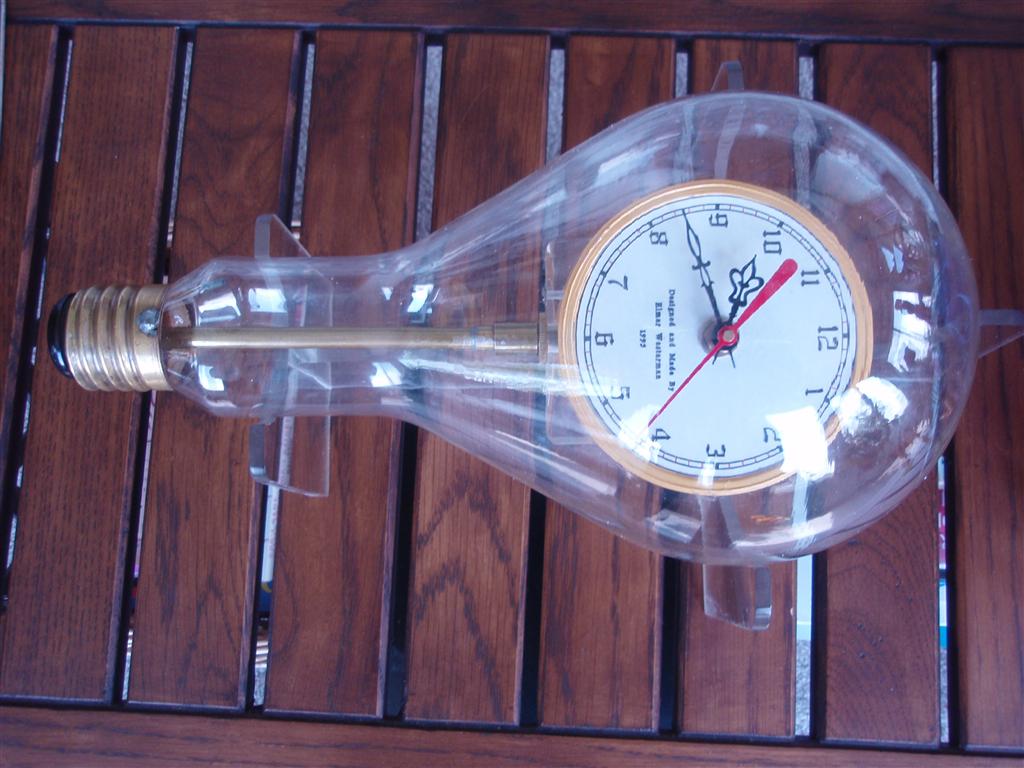 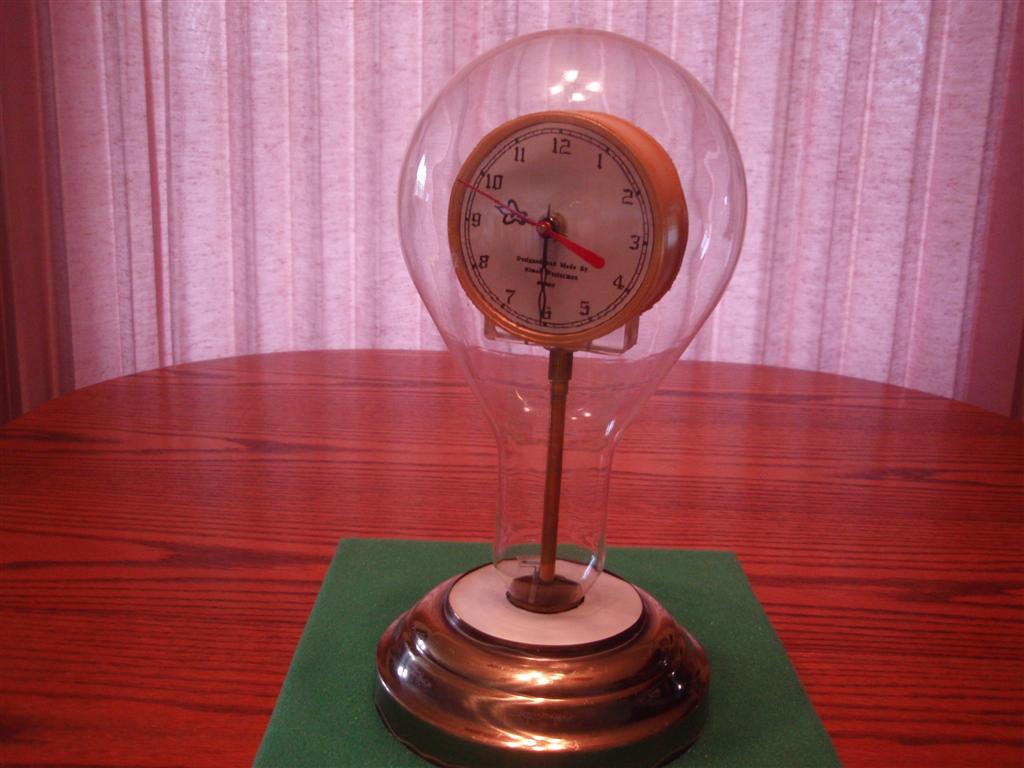 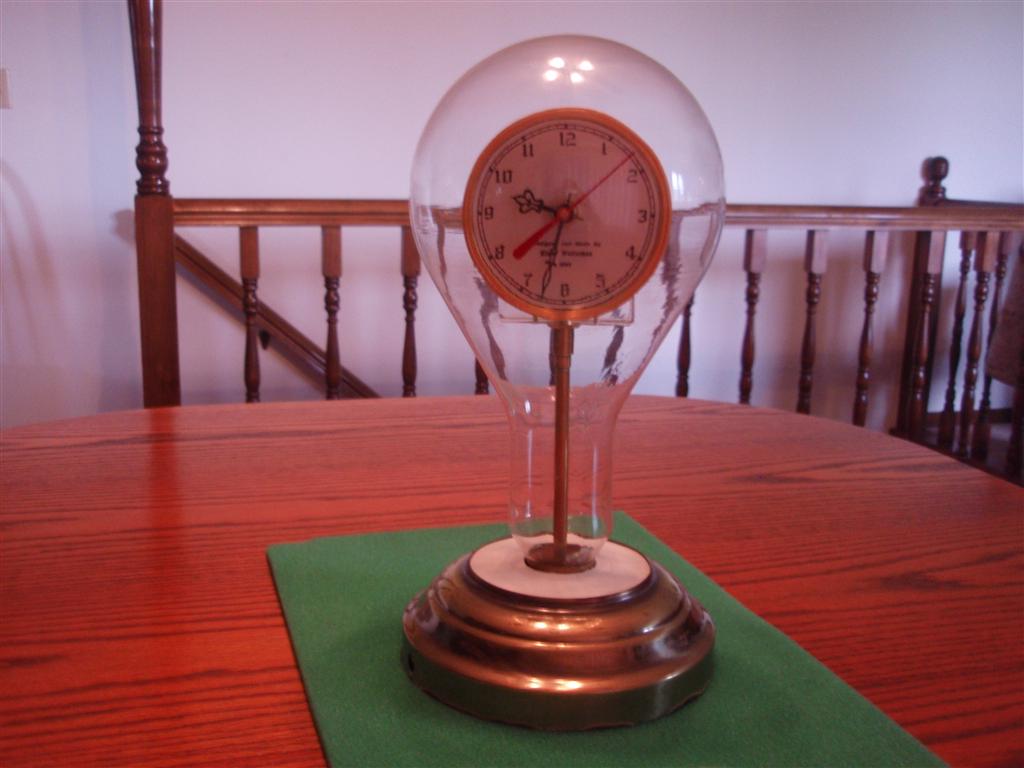 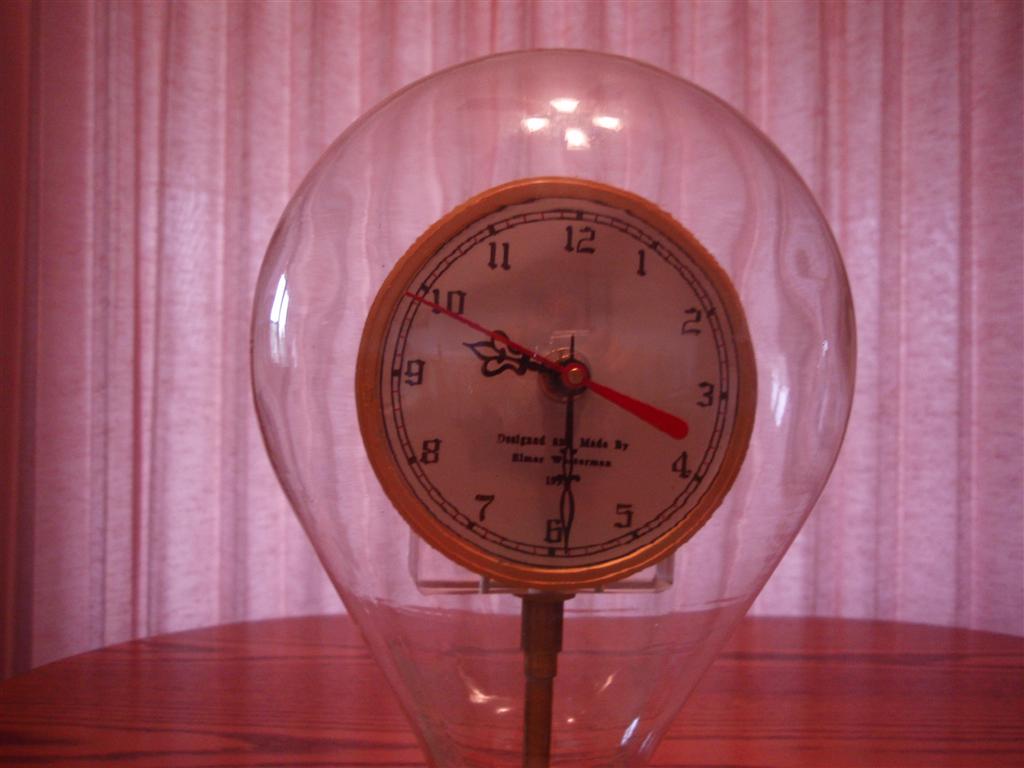