The Dutch navy renewed the fleet in the year 1868. The let built 3 new ships in England, 1 in France, 1 in Holland. The first one was named Prins Hendrik der Nederlanden. (Prins Hendrik of Holland) built in  England at the shipyard of Laird in Birkenhead. After a period of serving in the Netherlands the “Prins” was send to our colonies in the “East”. (1876) For the European waters it was already to old. In the east it served until about the year 1900 as a ammunition ship.  2 of the ships at that time are new  in maritime museums. The “Buffel” (buffalo) in the port of Rotterdam and the Schorpioen (Scorpion)  in our navy city Den Helder. The other 3 ships do not exist anymore.

I wanted to make the “Prins” but not as a “normal” ship in a bottle. I had a 3 litter bottle and that was the size I needed.  I made the hull in 4 quarts. The id?e was to make 2 engines in it, guns that good give fire and you good here the guns and the steam engine.  I bought 2 little electric engines and put them in the hull. In the 2 gun towers I made 2 gun course. The course was made of messing pipe. (1 mm inside) After the course I made led lights so you good see them giving fire. (that was the plan) 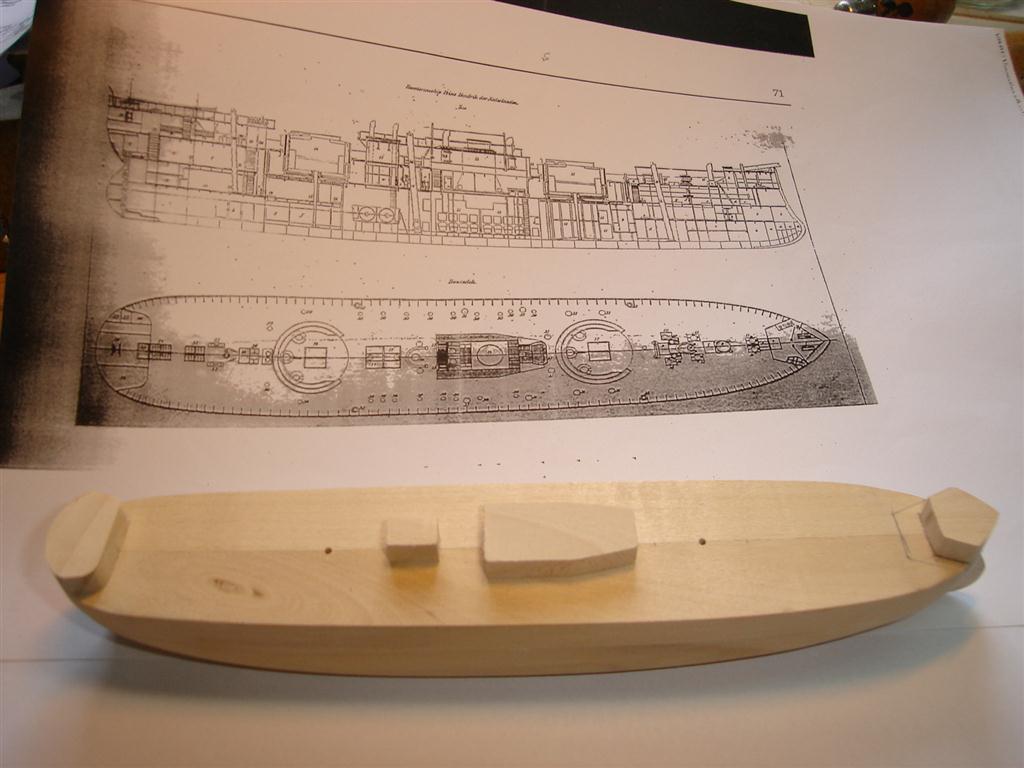 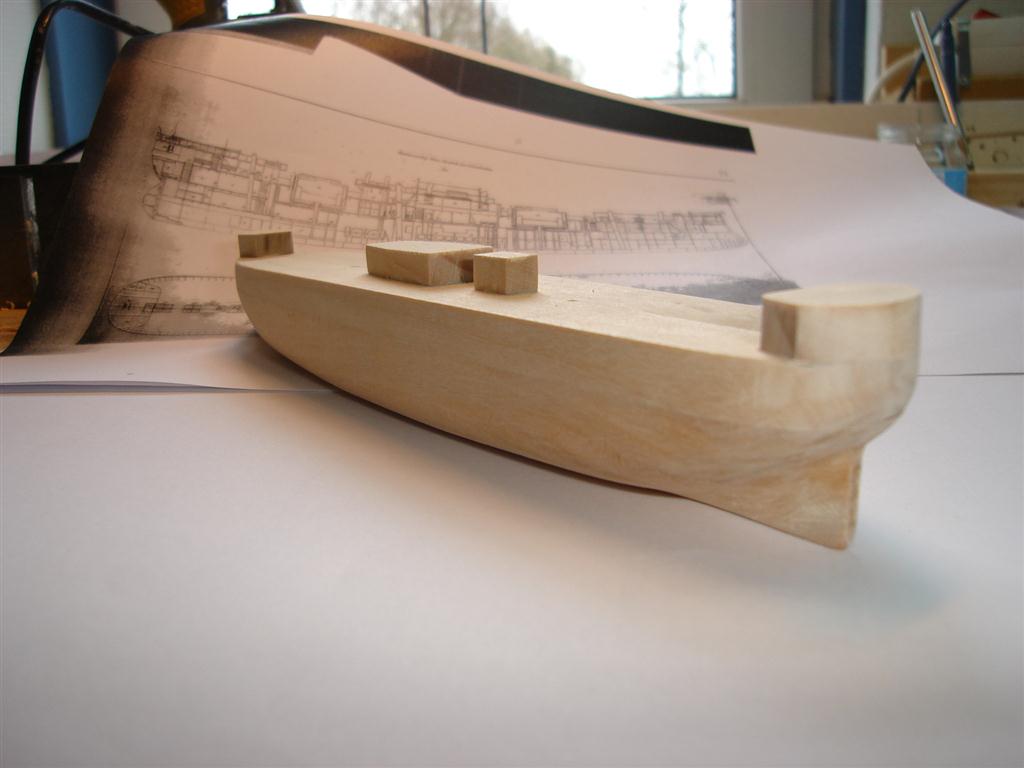 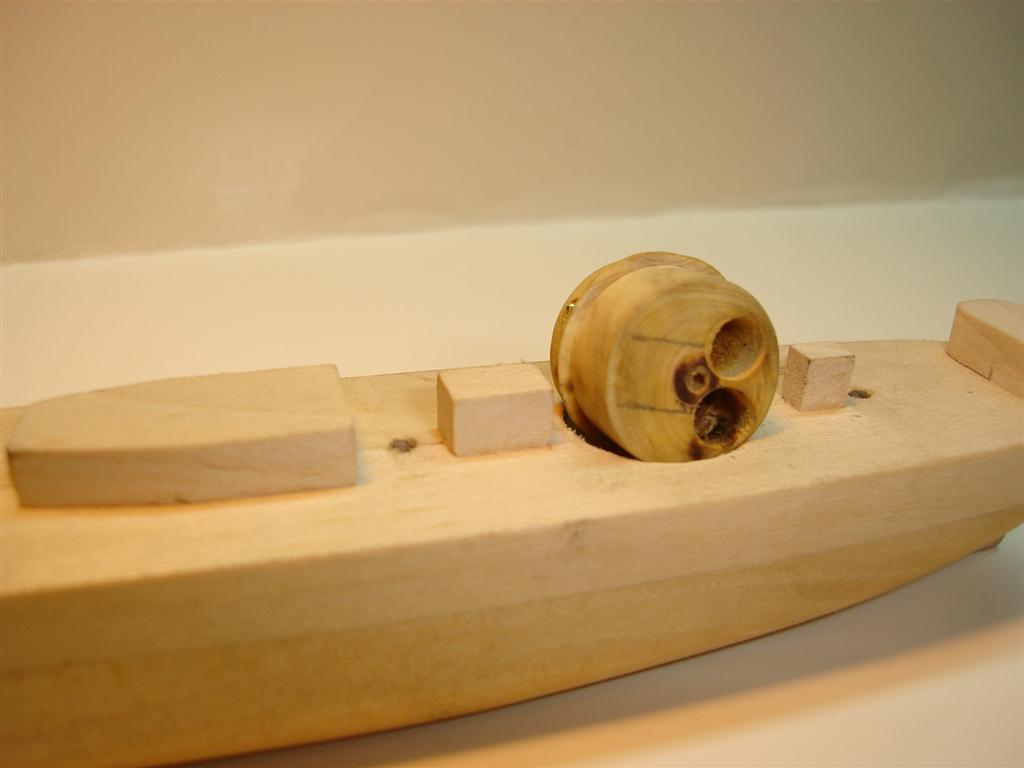 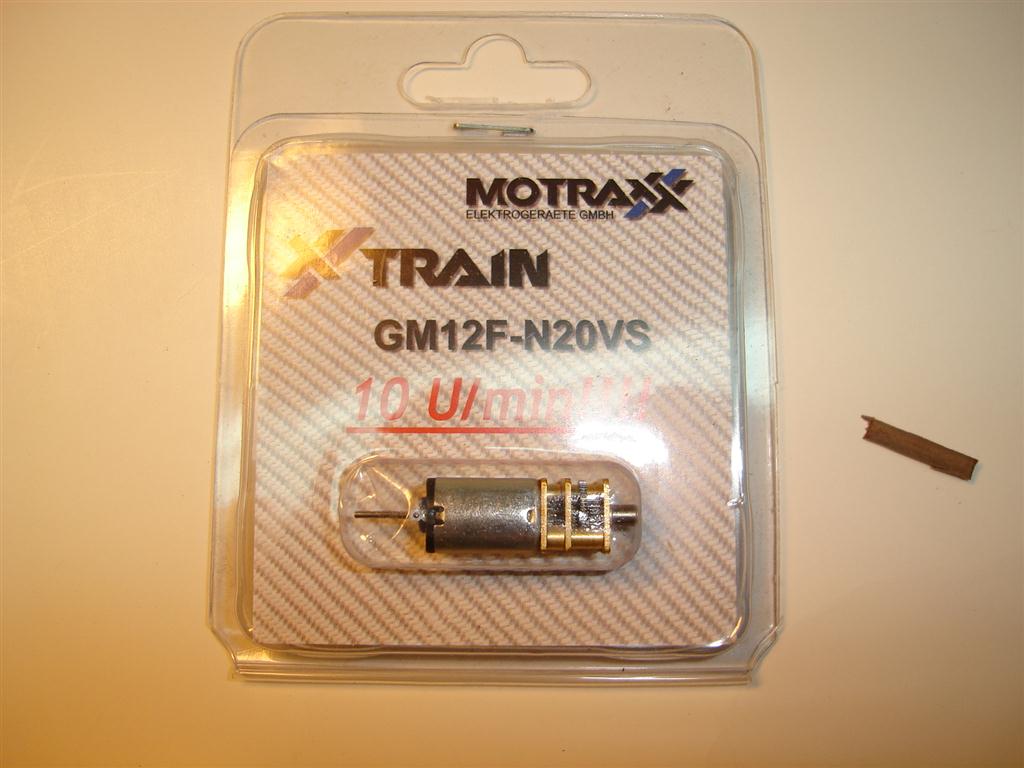 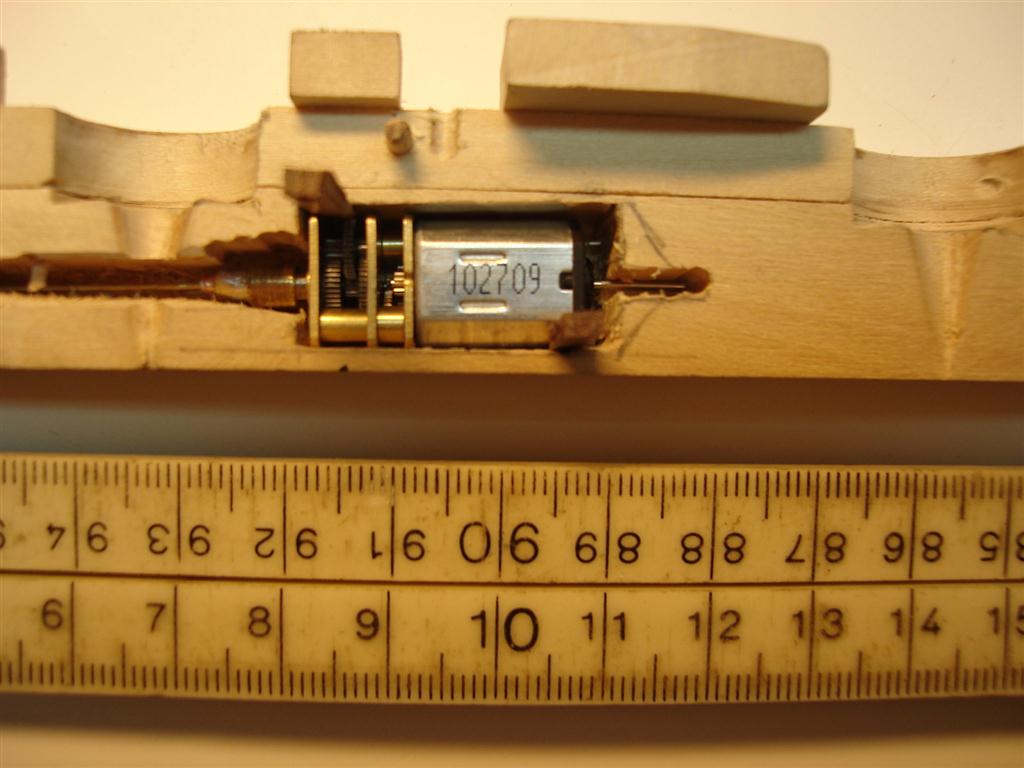 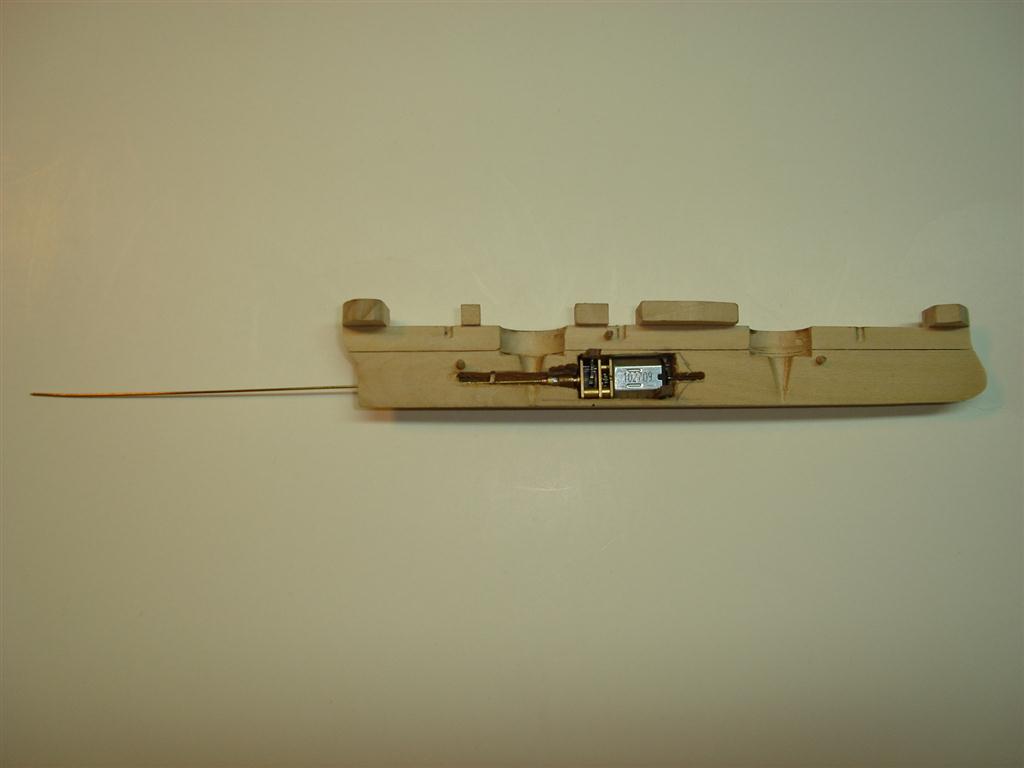 The three masts are made of messing and original al the rigging was on it. But when I put the parts in the bottle I good not put the parts together. “So I get it all out”. Replaced the rigging and tried it again. And I failed again. I get it out again and separated al the rigging. After  replacing the masts I was satisfy whit the result. In stead of sailing ships, where the rigging is the most important thing,  by this ship, more a steam ship than a sailing ship, (speed under steam 11 knots, speed under sail 3 knots) the attention most come from the turning screws (made by myself from messing out of one block), de guns that give fire en the sound of the guns and steam engine. 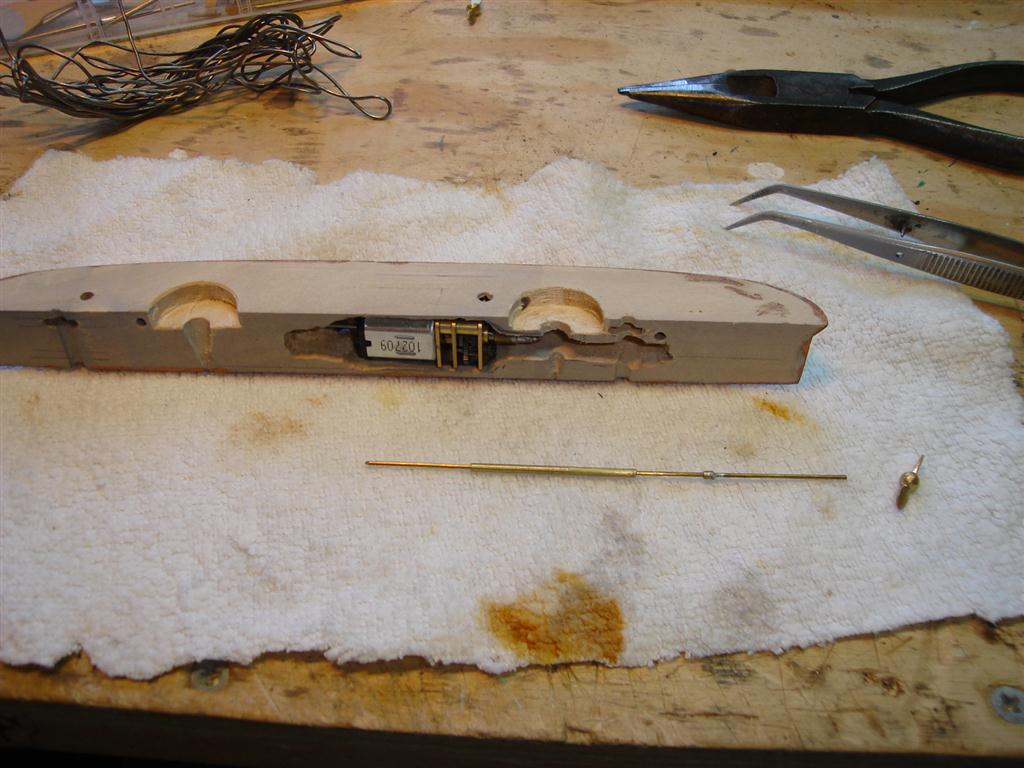 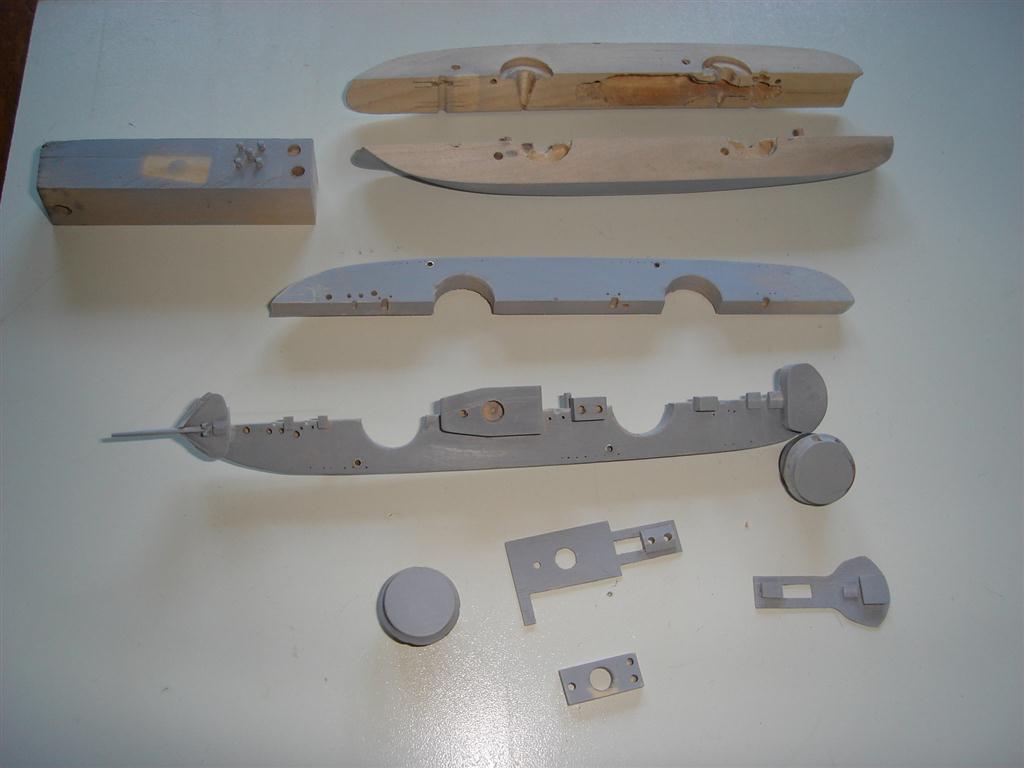 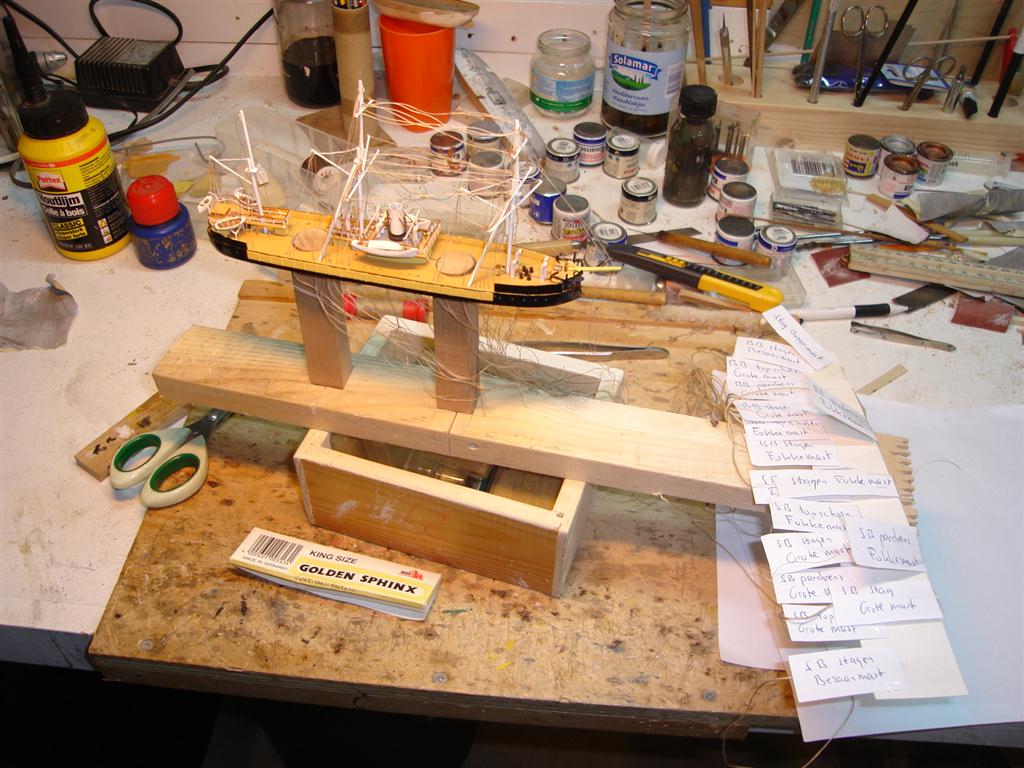 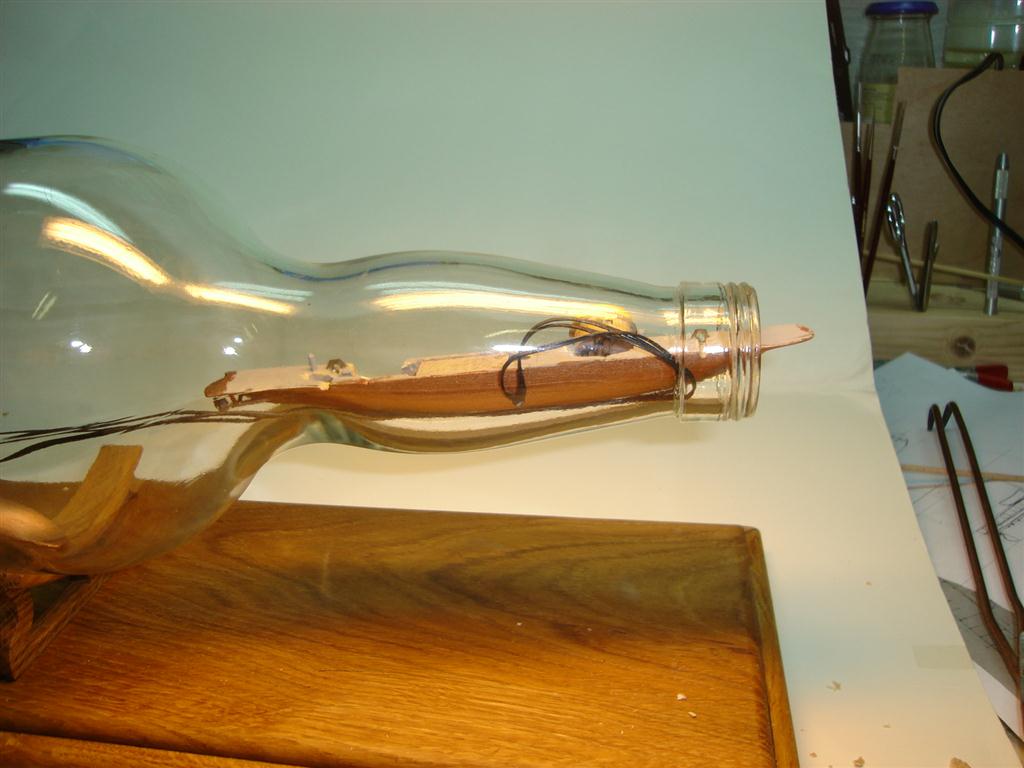 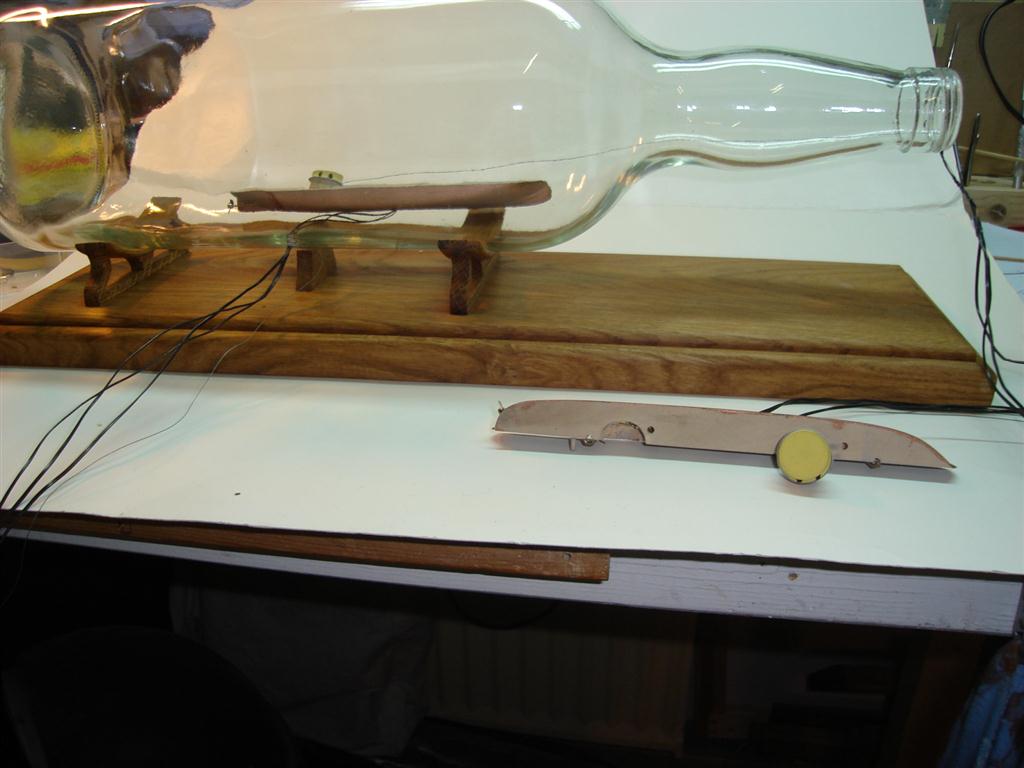 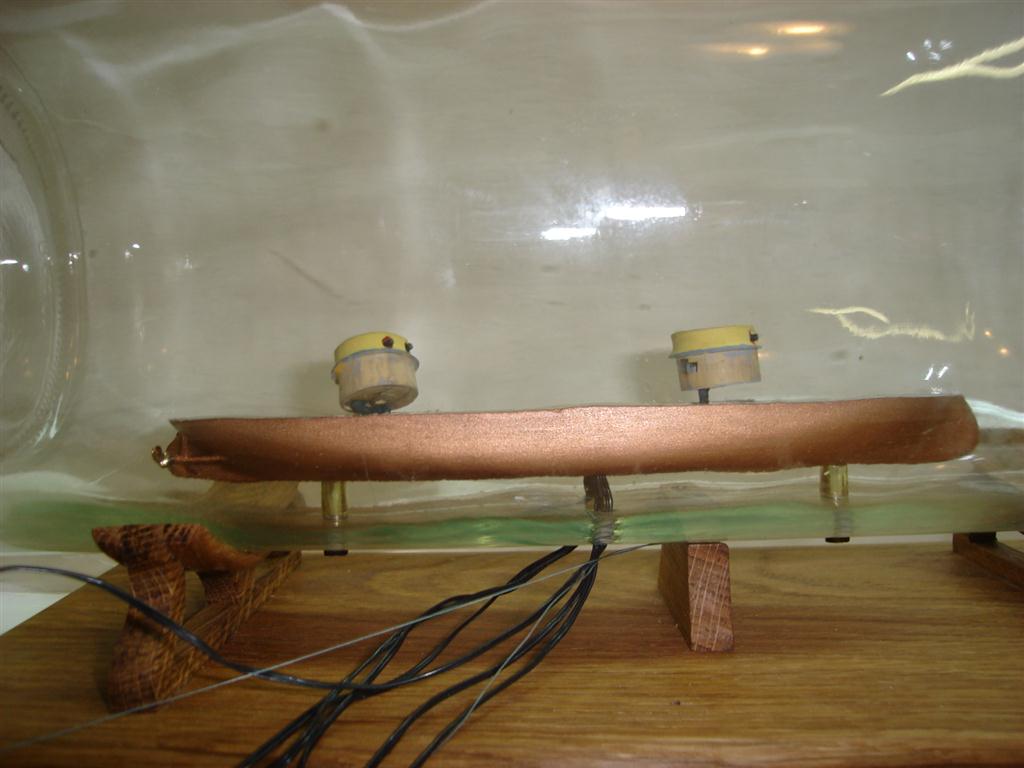 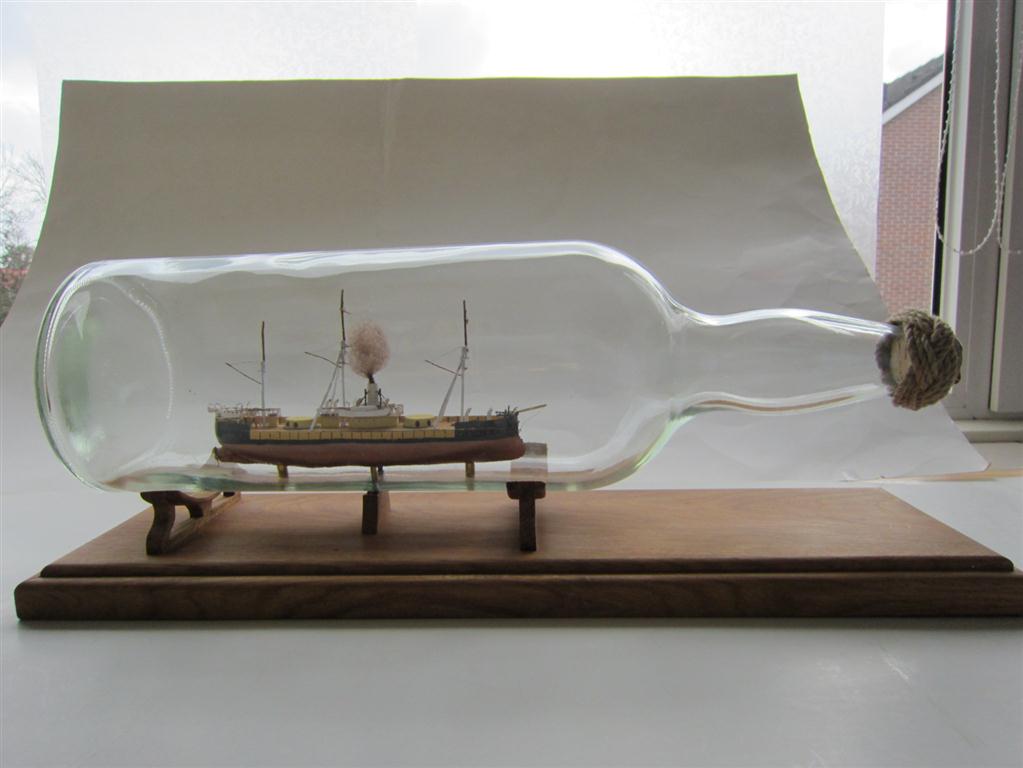 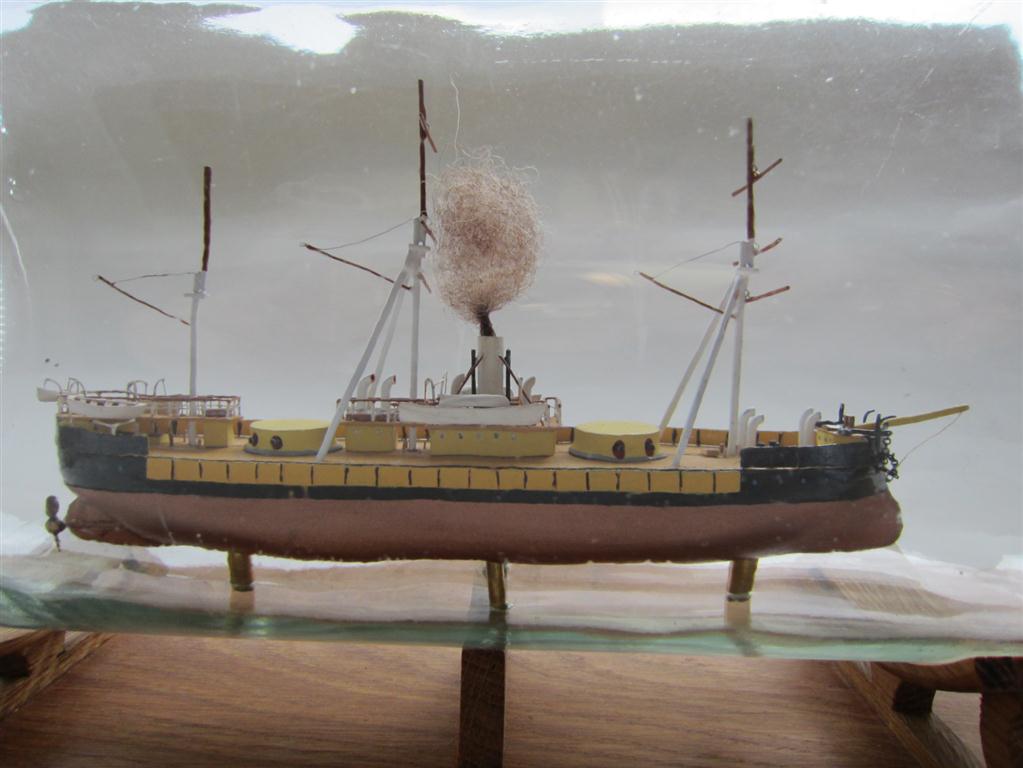 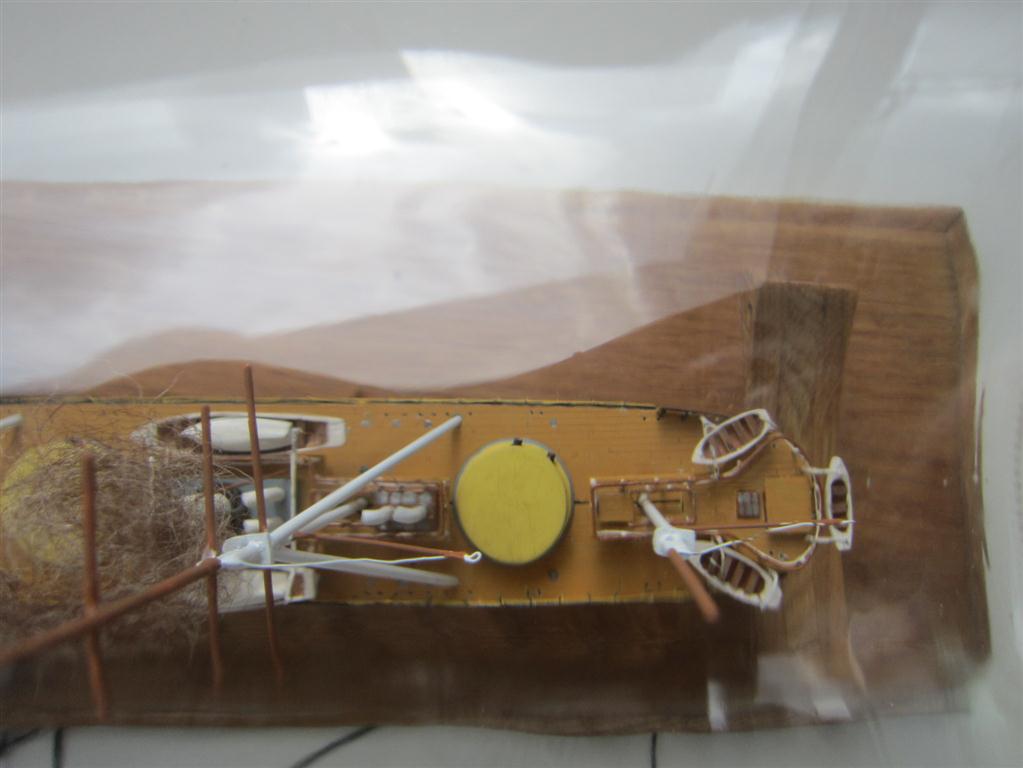 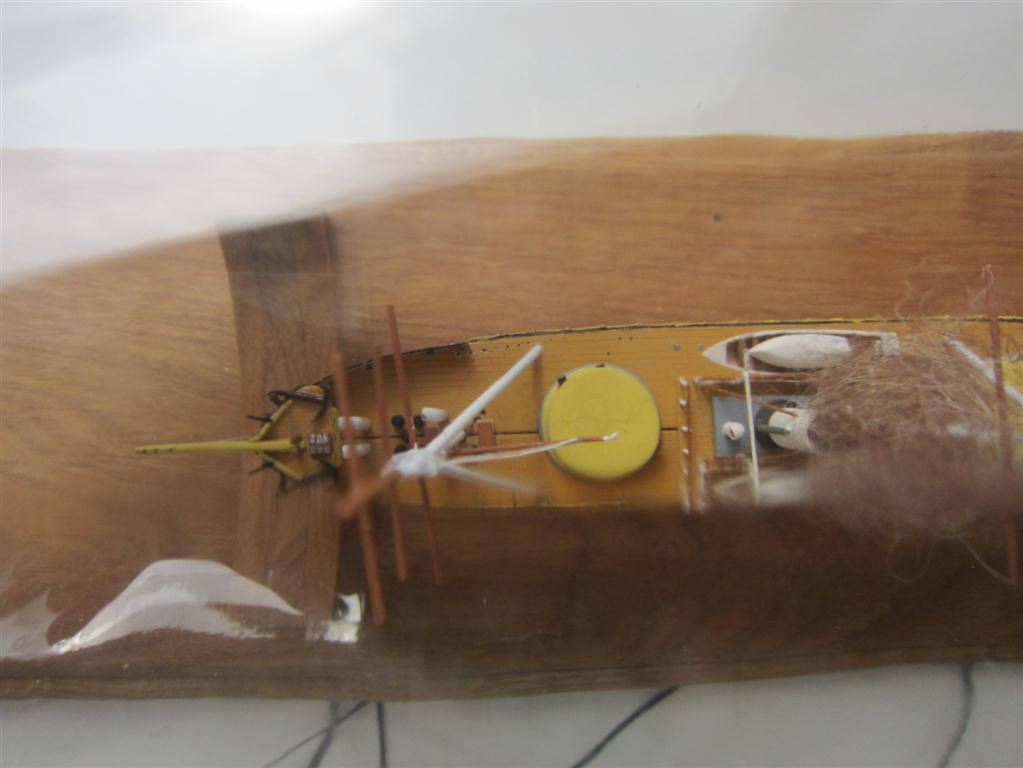 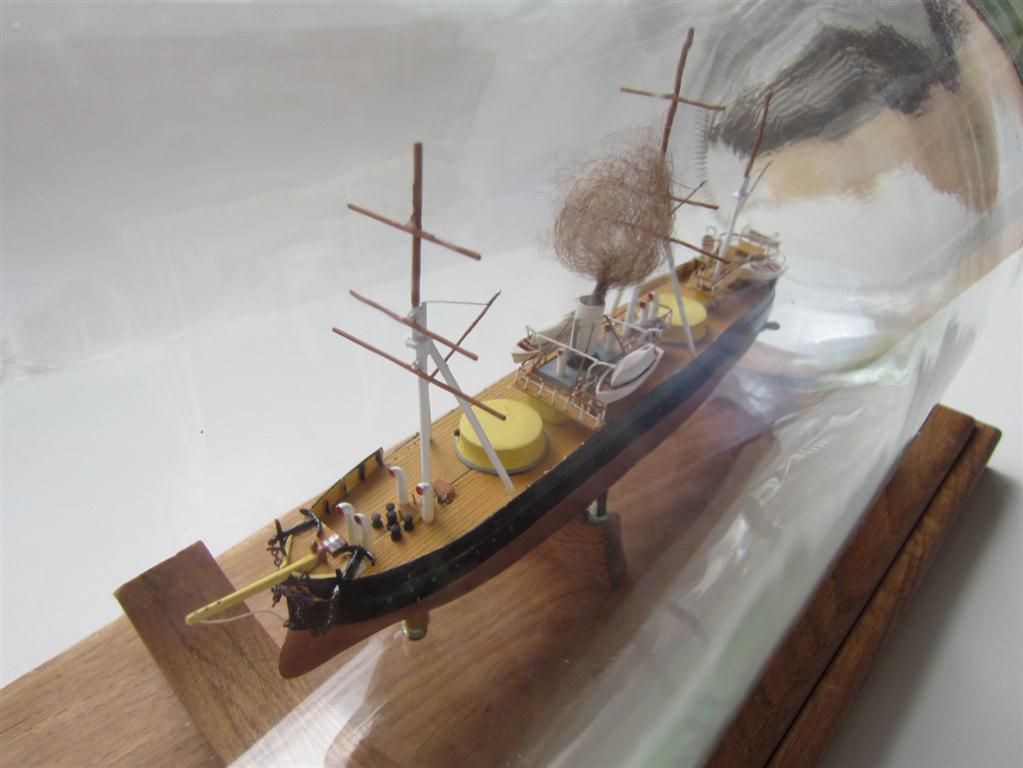 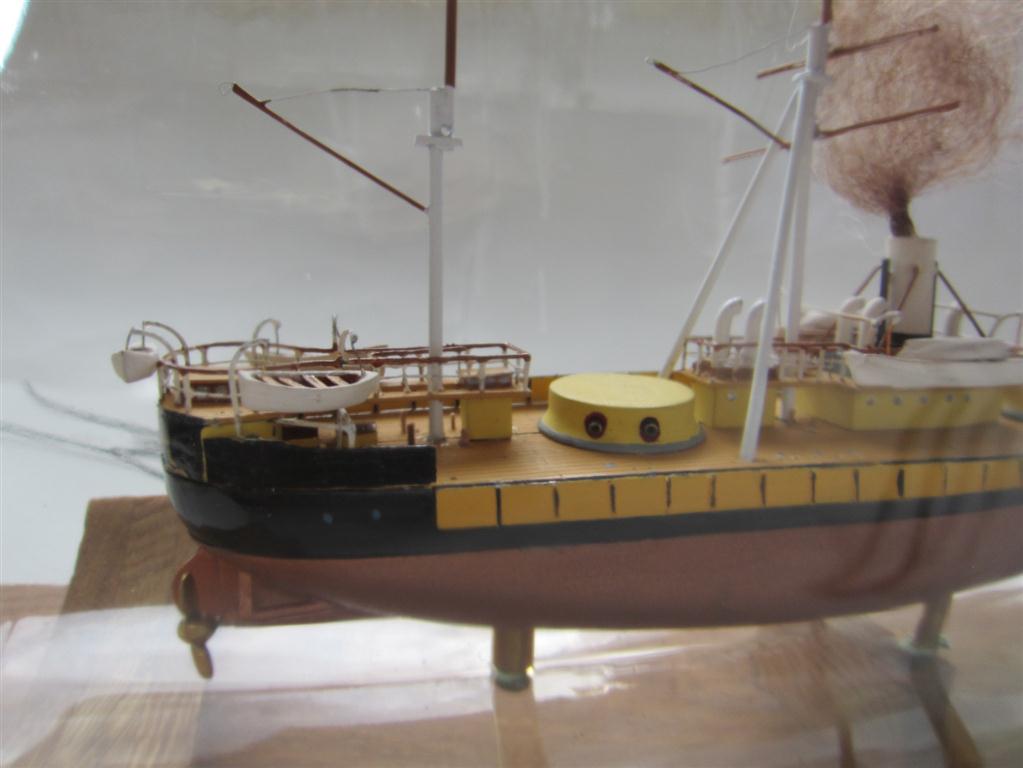 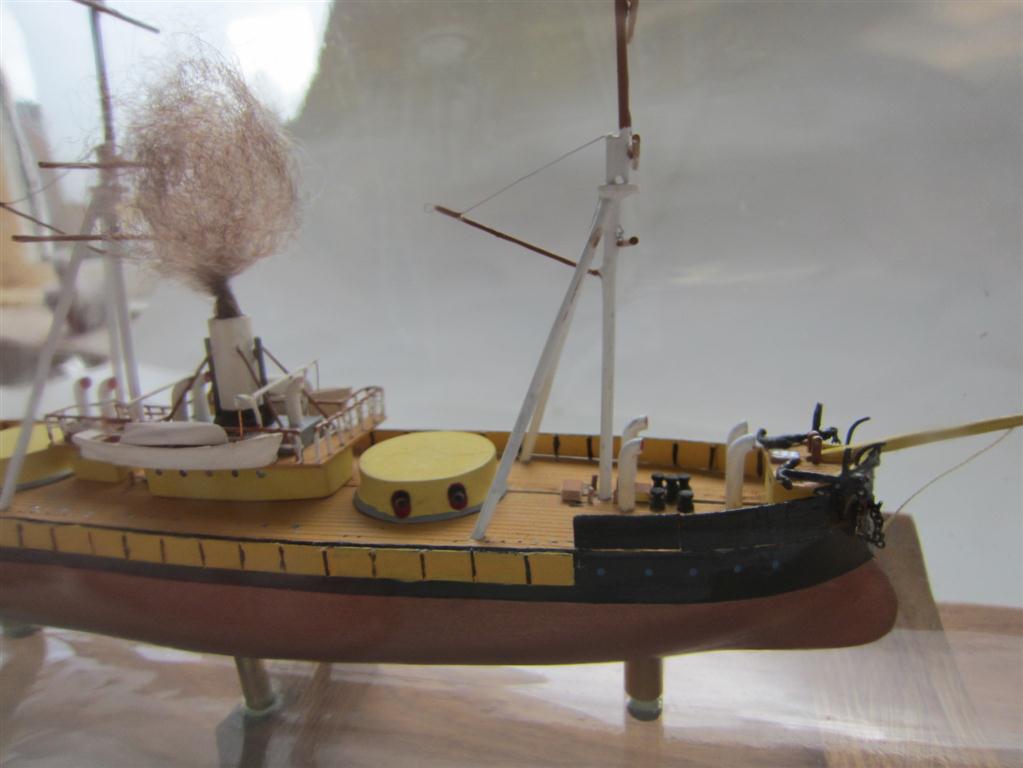 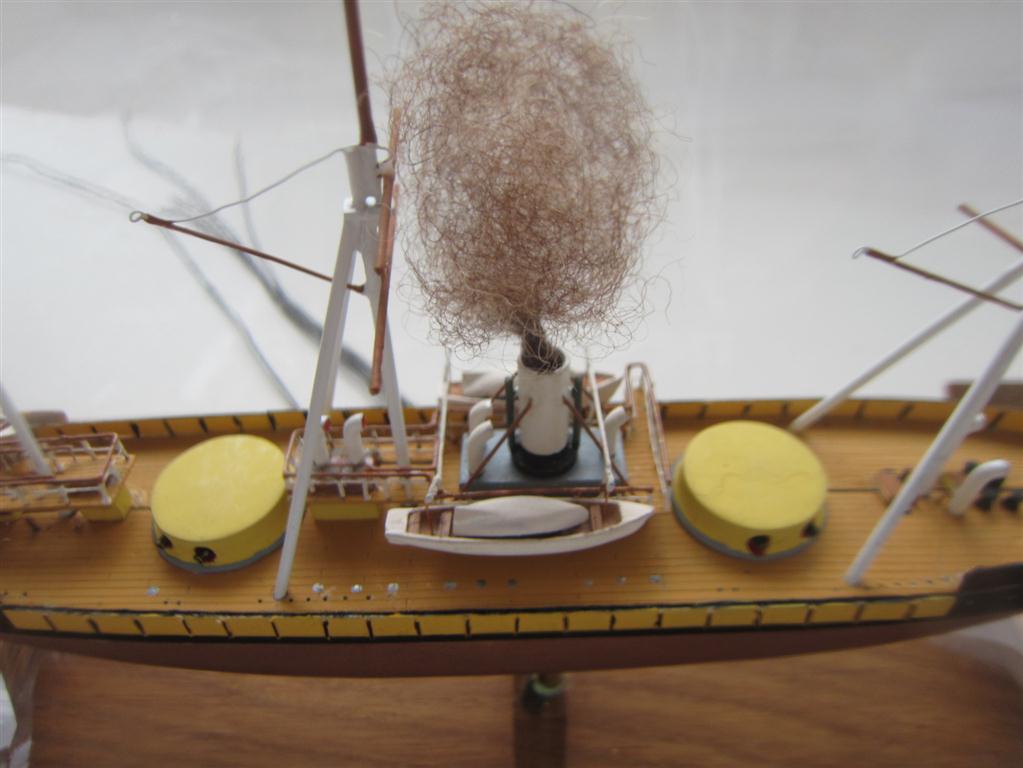 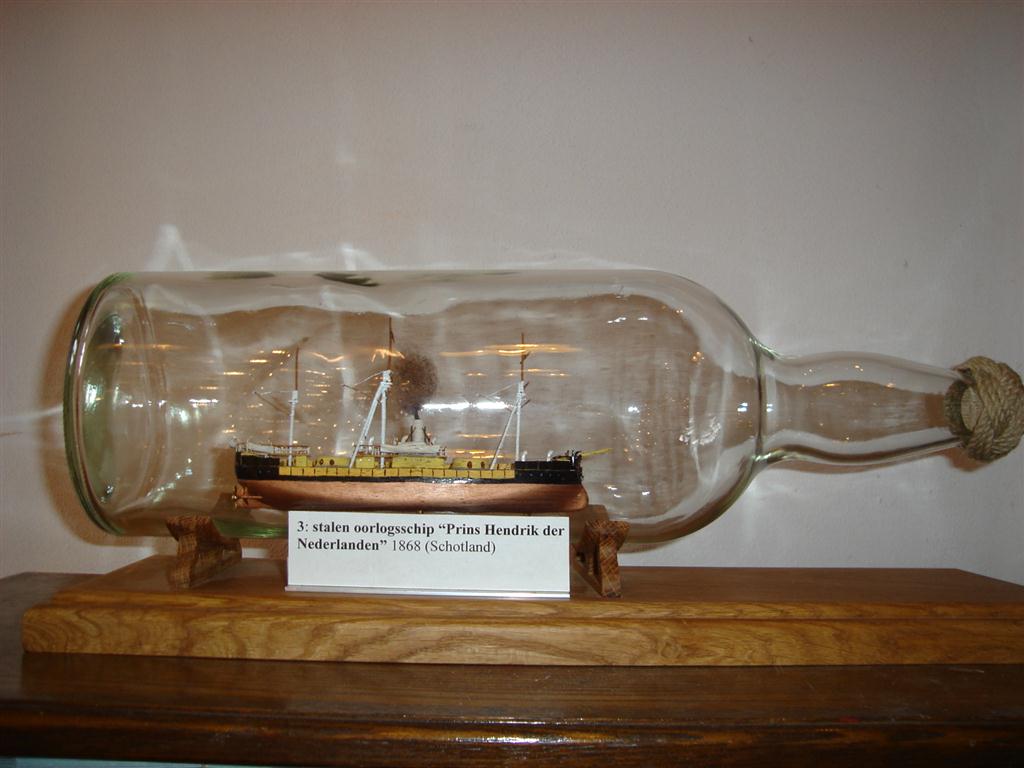 In the mean time I had planed to make some other ships so I will started again when I have a lot of inspiration.