"The Wonderful World of Bottle Whimsies!" - by Greg Alvey

Terry Butler, President of the Ship In Bottle Association of America (SIBAA) recently made a wonderful plaque to present to Jack Hinkley, out-going President, in appreciation for his years of work for the Association. 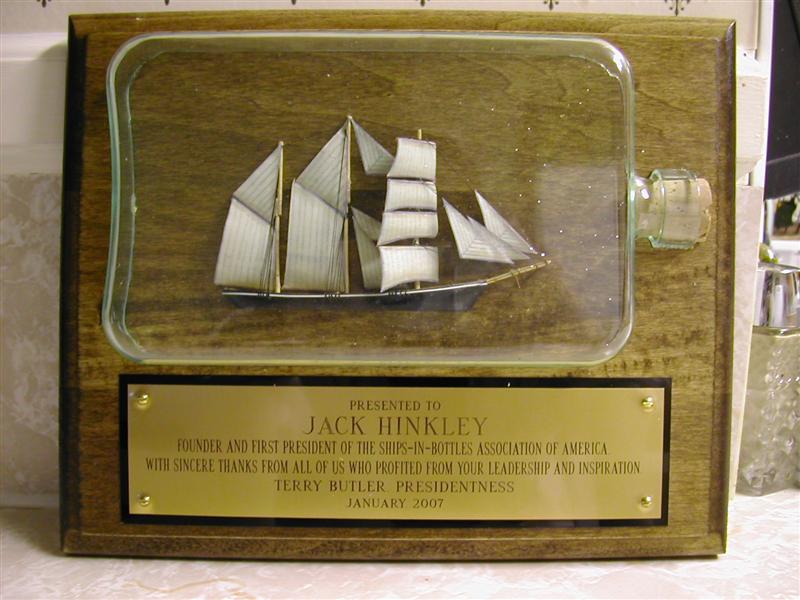 Jack has come up with several nicknames for Terry as a result of her being the first president of the Association and her being the SIB artist for the movie “The Good Shepherd.” When around Jack you will hear him fondly call Terry “Your Presidentness” and “Your Movie Mogulness,” to name a few.
Jack recently sent Terry this cartoon called “The Good Shepherd.” Jack drew it to represent the role of Robert DeNiro, the producer of the Good Shepherd.
Now that Terry is President of the Association, perhaps she has become “the good shepherd” of the flock of ship in bottle enthusiasts.   With Terry leading, the Association’s is in good hands. 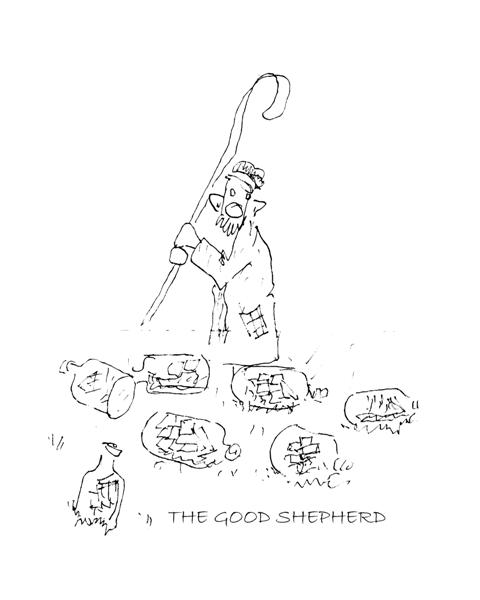