Here's one of the ships I'm working on for Mystic Seaport - the Joseph Conrad.  No masterpiece as it will be used as a demo model that I allow different people to try, but I intend to make it look nice anyway.  It needs to be sturdy enough for potential rough use.  Spars are painted metal wire and masts are reinforced with wire under the paint.  Still early stages but it is progressing.  I have limited photos of the deck details so that's slowing me down.  I hope to get more photos of those soon.
Terry Butler 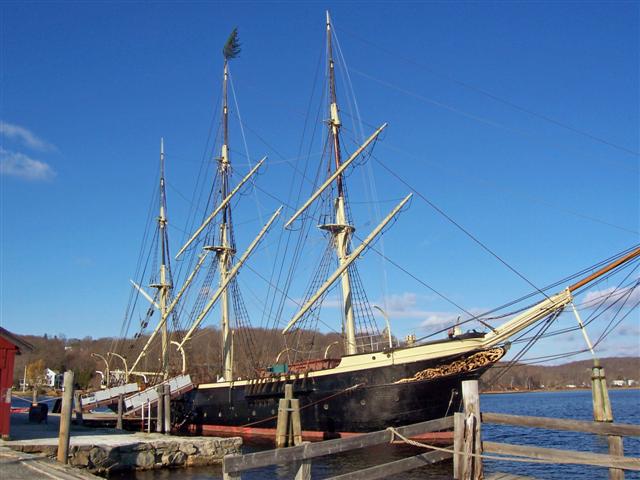 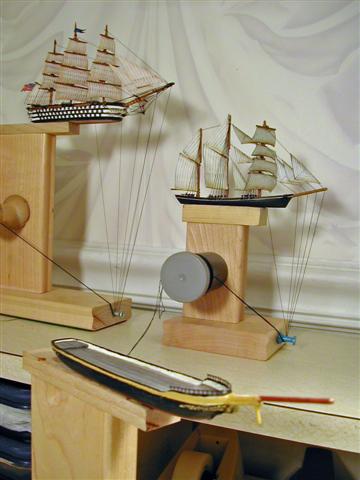 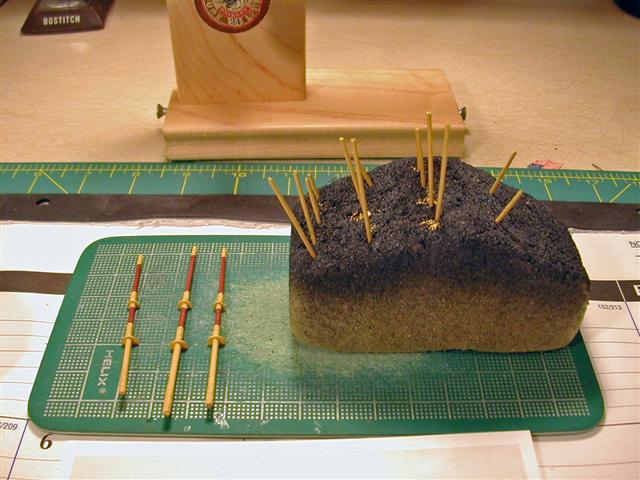 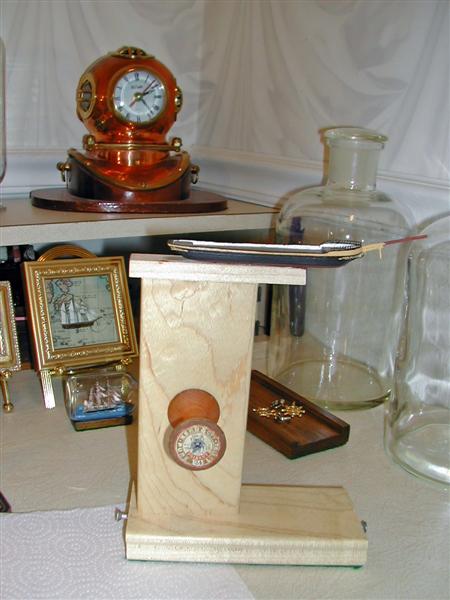 UPDATE – 8/15/2006
Here's the latest progress on the Joseph Conrad - demo model for Mystic Seaport.  I'm constructing this a bit out of order as I don't have the deck detail photos yet.  I'm assured I'll have those soon.  Due to limited time I'm working around that on this model at least.  I'll add some deck details soon.  Until the photos arrive I'll probably get the sails drawn, detailed, tinted and ready to add after the deck details.  I also hope to start the Charles Morgan soon too - another Mystic Seaport ship.
Terry Butler 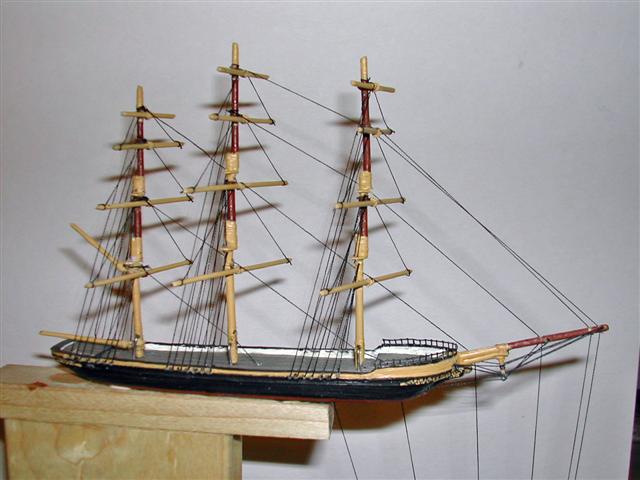 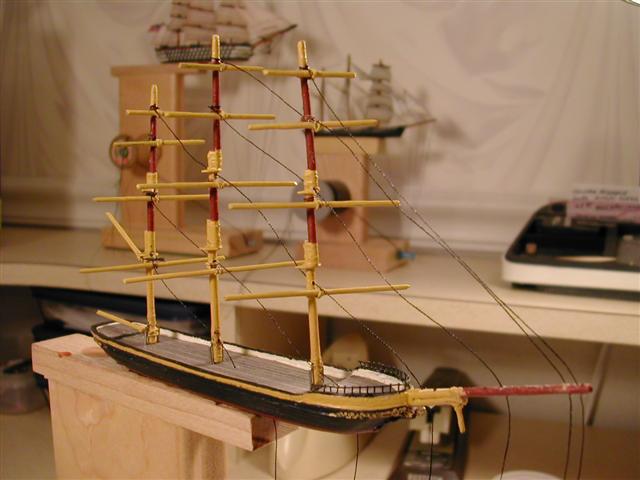 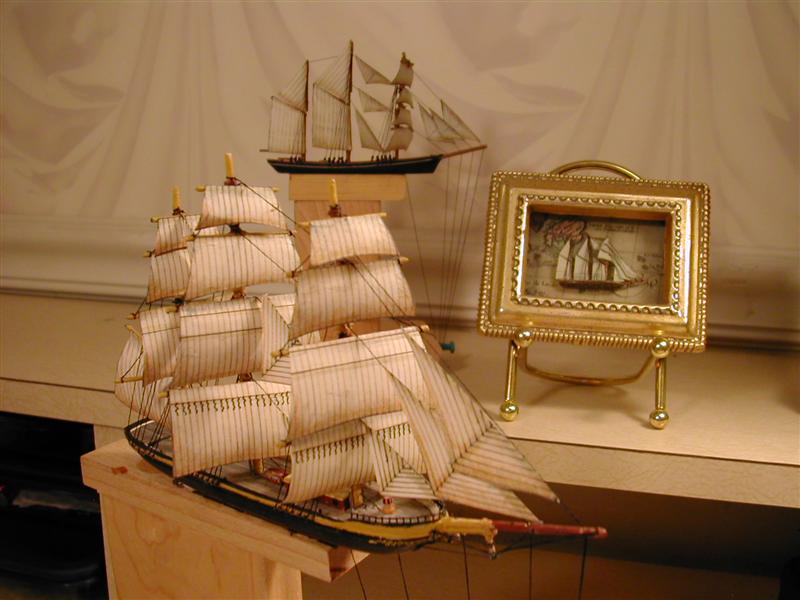 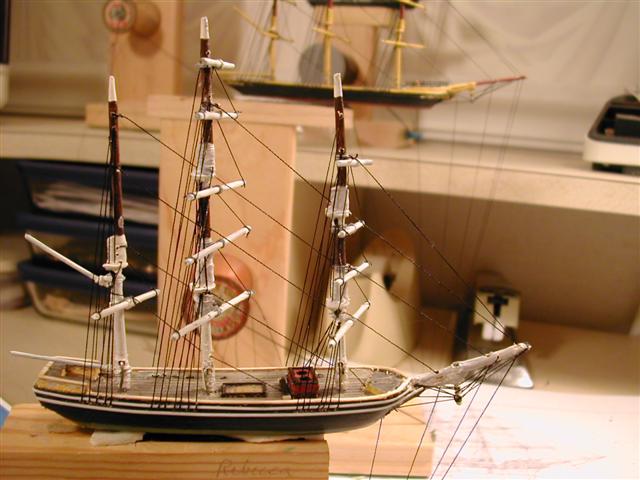 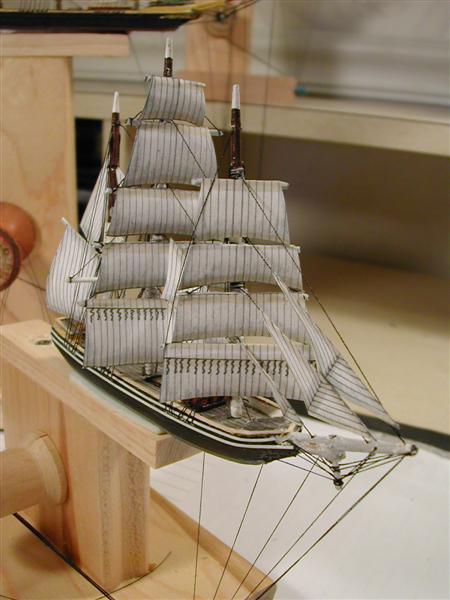 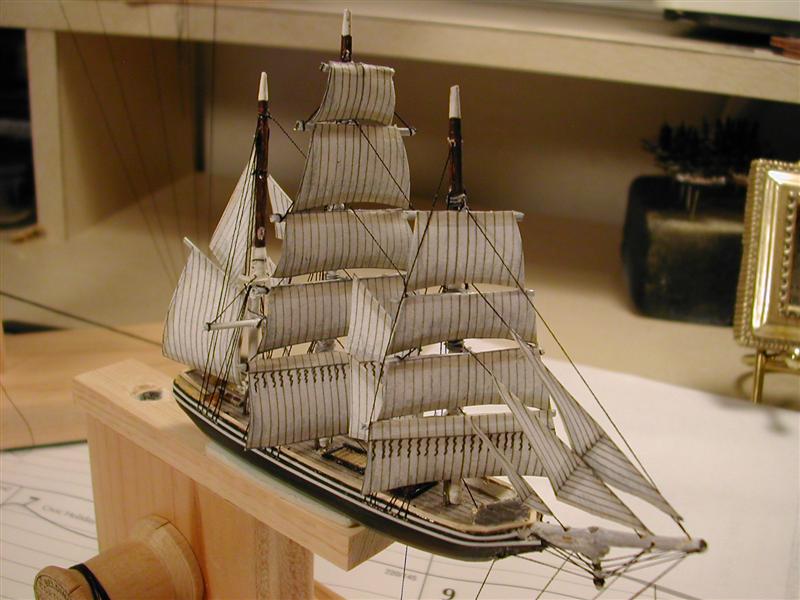 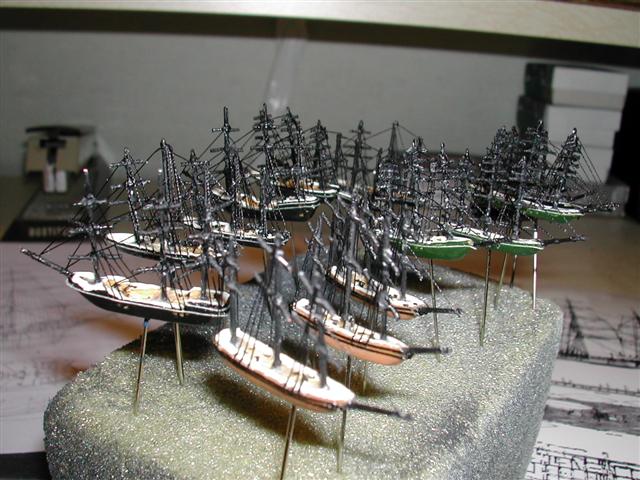 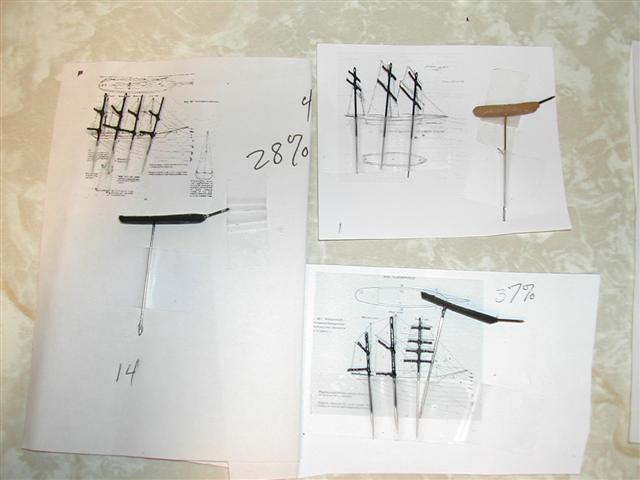 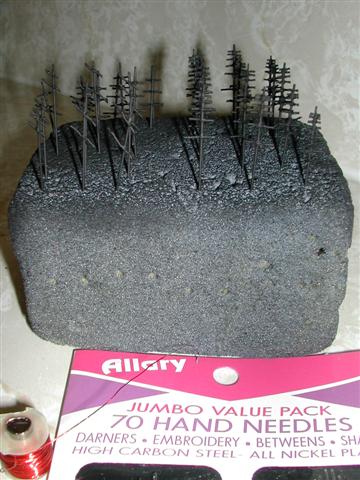 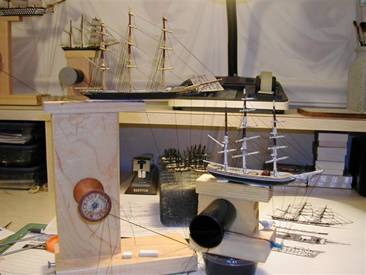 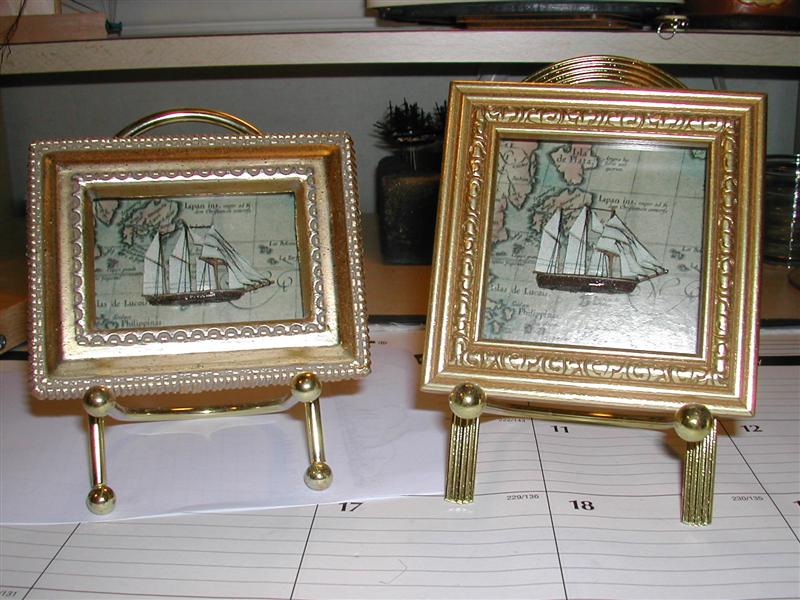