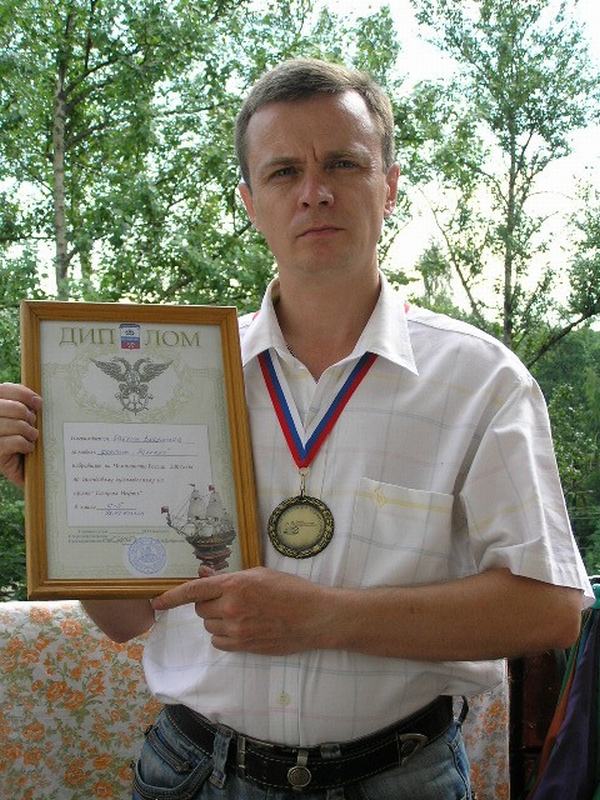 Vladislav Babkin has won a gold medal at the May 25, 2007 ship building competition in Saint Petersburg.  The competition took place in a museum in the ancient city of Nietz, later named St. Petersburg.  The museum is located on the old shipyard where many famous sailing ships were built, including the “Pallada.”  The city of St Petersburg, the second capital of Russia and named for Peter the Great, was later renamed Petrograd, and then Leningrad.  Now, it is again called St. Petersburg.The “Pallada” is the ship that Vladislav entered in the competition. 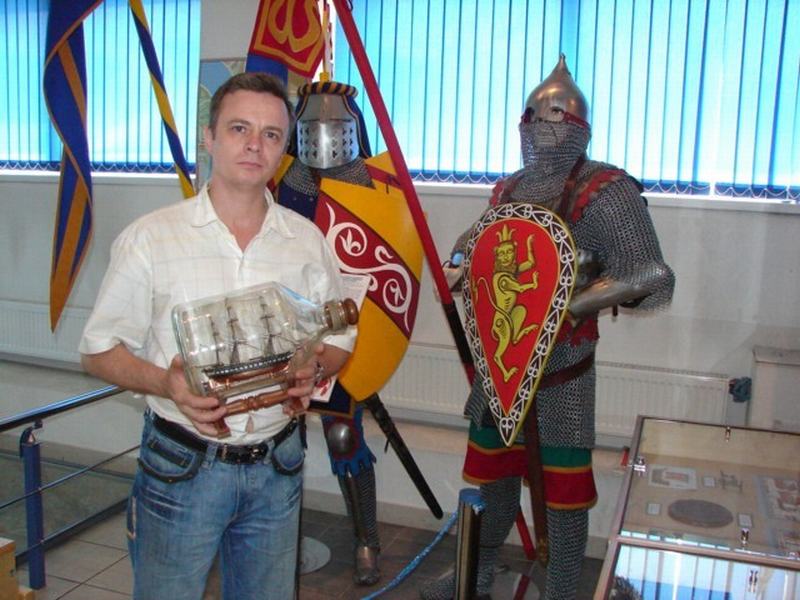 The championship included several classes of ship modeling, including ships in bottles.  Unfortunately, ship in bottle competition has not fully developed in Russia but the quality and competition was magnificent. In winning the gold medal, Vladislav was awarded 98 quality points by the judicial competition team.  Later, Vladislav sent word that, sadly, the winning bottle was exposed to temperature decreases which resulted in the neck bursting around the wooden stopper.  Although he was able to very skillfully glue the broken glass back on and cleverly cover the area with a decorative way the value of the model has certainly decreased.

In other ship classes, more far more ships were entered and the competition level was very high.  In addition to medal awards, the sponsor of the competition had very good prizes for the first place recipients and Vladislav walked away the proud owner of a “Proxxon” circular saw.

Below are prictures during the construction stages of the "Pallada."