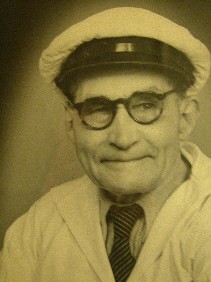 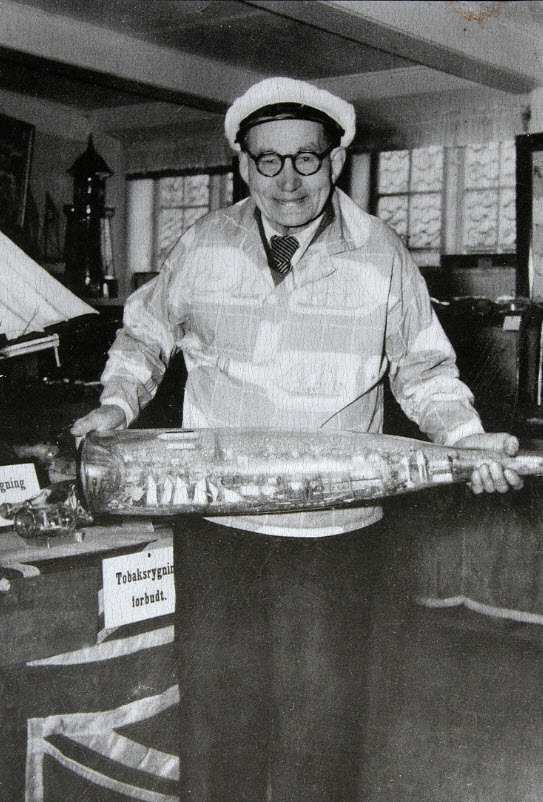 Peter Jacobsen was born in 1873 and was the son of a Danish fisherman. He became a sailor at the age of sixteen and served as a cook for the next 20 years.  The story goes that a sailor from Finland taught him how to build ships in bottles and he continued this hobby until his death in 1960 at the age of 87. 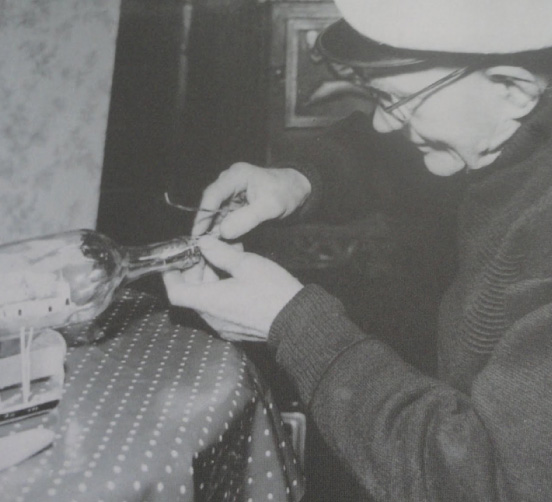 Peter ran a seamen's mission in Hamburg, Germany, and later opened a seamen's inn in Upton on Severn, in England. Eventually, he and his English wife moved to Denmark where he had various jobs. All the while, he built ships in bottles. He built his first ship in a bottle in 1889, when he was sixteen; and his last in 1957, when he was eighty-four. During his lifetime he built around 1700 ships. Peter claimed that he drank the contents of every bottle he used, except those containing milk. Lactose intolerant perhaps? 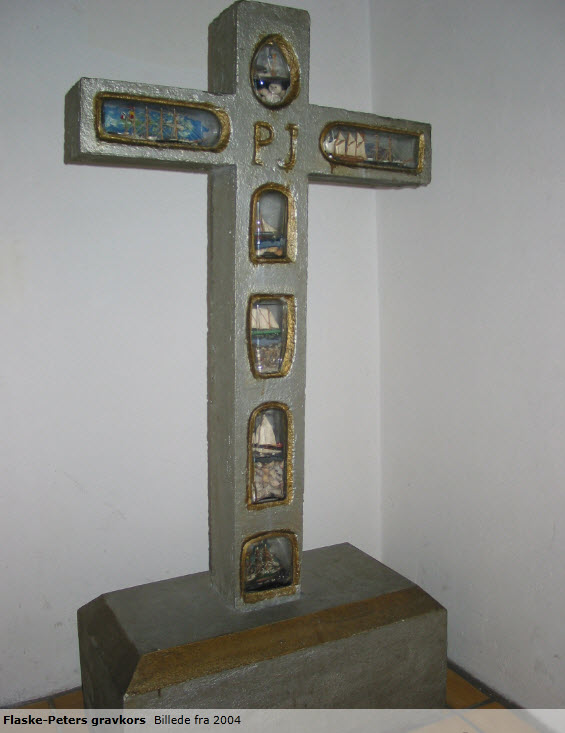 Fourteen years before his death he crafted his own burial cross in concrete and containing seven ships in bottles symbolizing the seven seas. He stated: “I’ll die with the ships I lived with.”

In 1942, Peter began to think about retiring. A journalist named Ib Paulsen had written about him and his ships in bottles and he reported that Peter hoped to find a town that would accept his collection and offer him free housing during his lifetime in return. Officials in the little Danish town of Aeroskobing, on the island of Aero, thought that was a great idea to make his collection a tourist attraction. So Peter moved to Aeroskobing and a museum featuring his collection opened in 1943.

The museum is still there, on a narrow street full of picturesque old houses. 20,000 to 25,000 people visit the museum each year. The seafaring life is documented in this museum of Peter Jacobsen's ships in bottles, which represents his life's work. Upon his death in 1960 at the age of 87, this former cook, nicknamed "Bottle Peter," had crafted more than 1,700 bottled ships and some 150 model sailing vessels built to scale, earning him the reputation in Aeroskobing of "the ancient mariner."

In 2008 the museum didn't go well financially and the collection was close to be sold to a collector in the USA, but the Danish shipping company A.P. Møller Mærsk bought them and the museum survived.