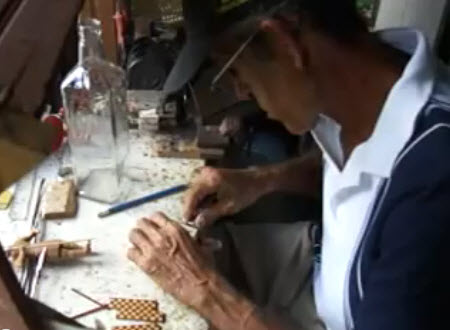 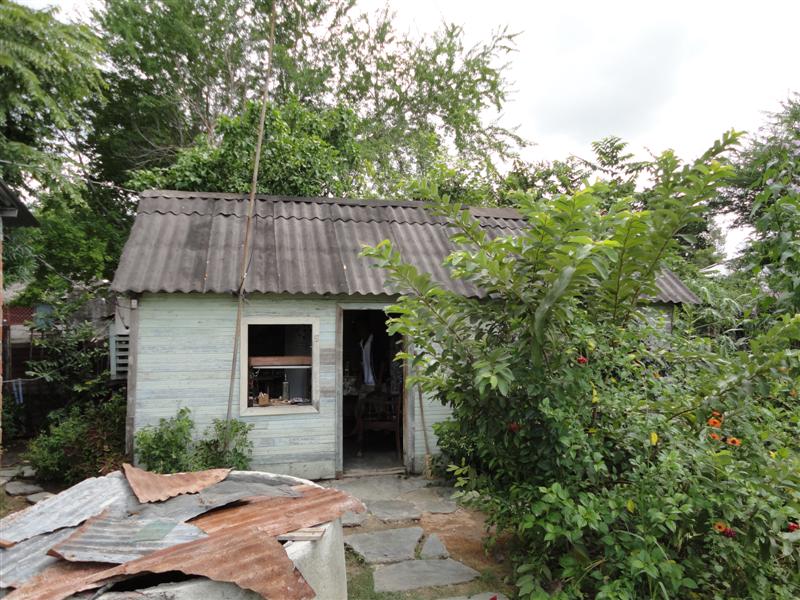 Ramon Arbelo Gonzalez was born in Cuba on November 25, 1953. He has never been out of the country, has never seen the internet, has no running water in his house, and has only seen other bottle whimsys when someone has shown him a photo of one. Actually, he has seen 1 before. Eleven years ago, he went to an artist exhibition and was amazed to see his first whimsy. At the time, he was working as a professional musician in a band. He lives in small town of about 1000 people that closes down at dark. He had a lot of free time-so he tried to build his first bottle. He is completely self taught. He makes all his own tools, most of which look like long nails. He doesn't use tweezers. Most of his bottles use different woods to get the colors. 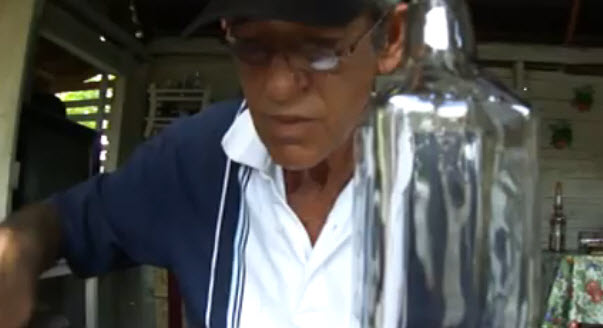 He has used a little paint for decoration at times, but he told me that he won't anymore. He did a ship in a bottle once. This was the only time he ever accidentally dropped and broke a bottle. He has vowed to never do a ship again. He is not unknown. Some of his bottles are on display in museums in Cuba. Unfortunately the government doesn't pay him anything for this. He signs his work PUKY. 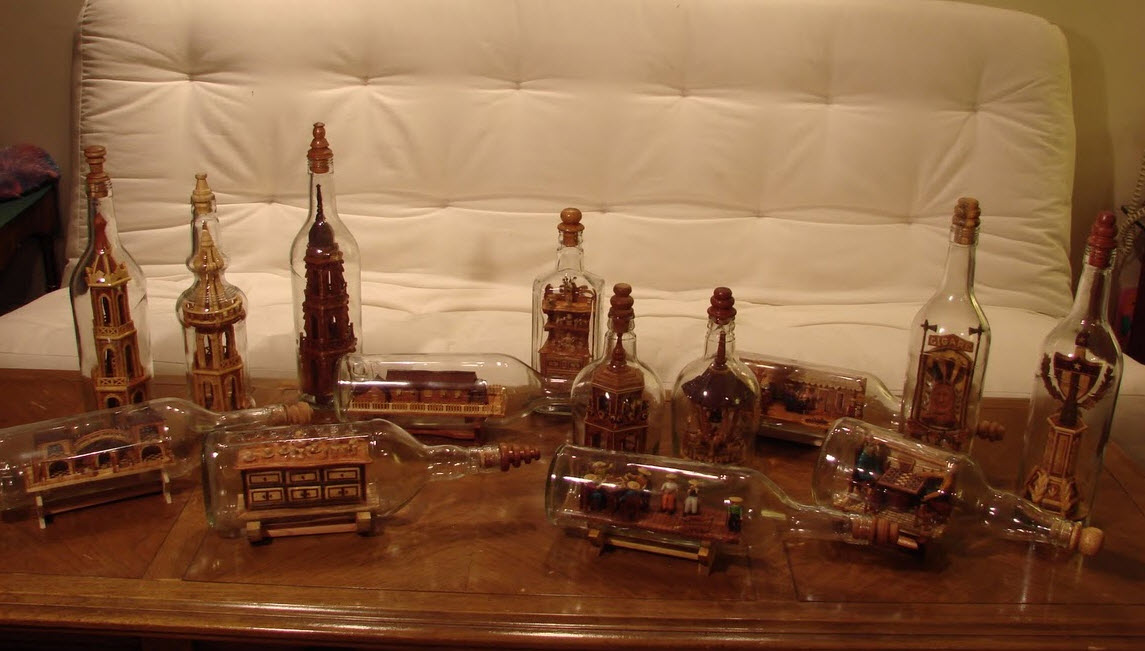 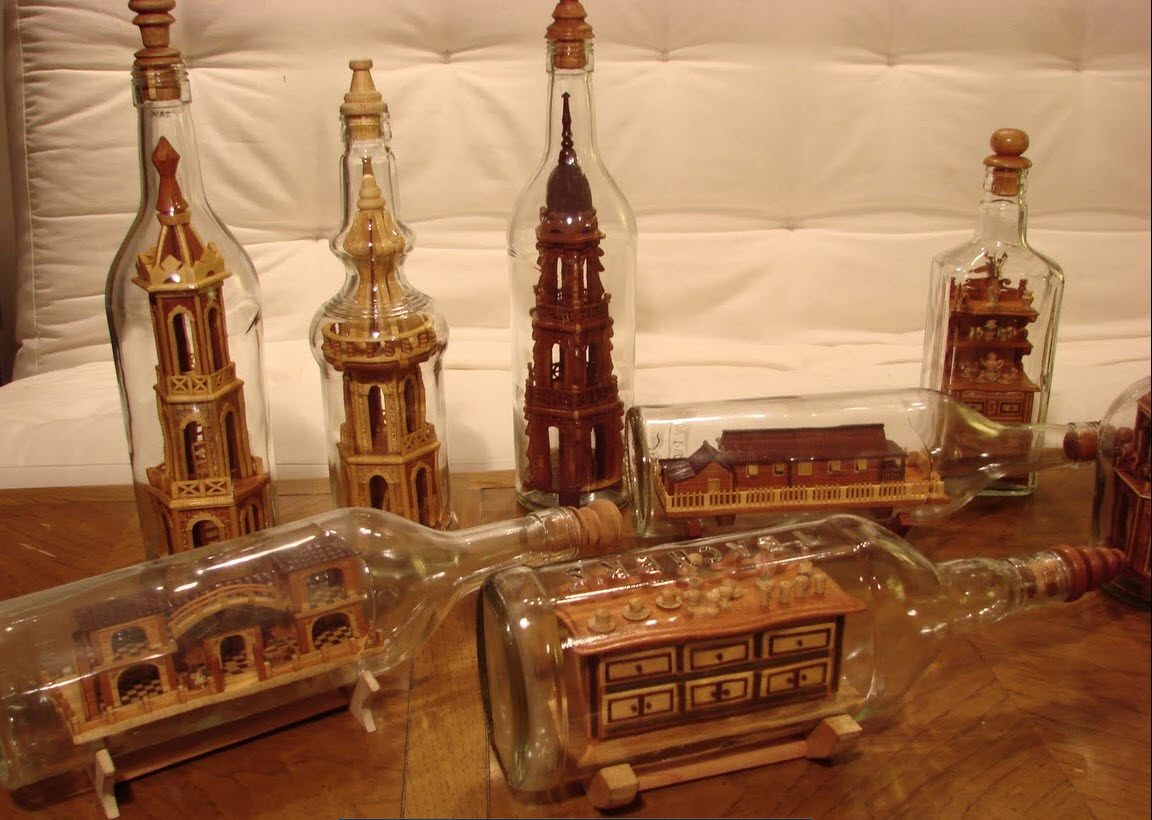 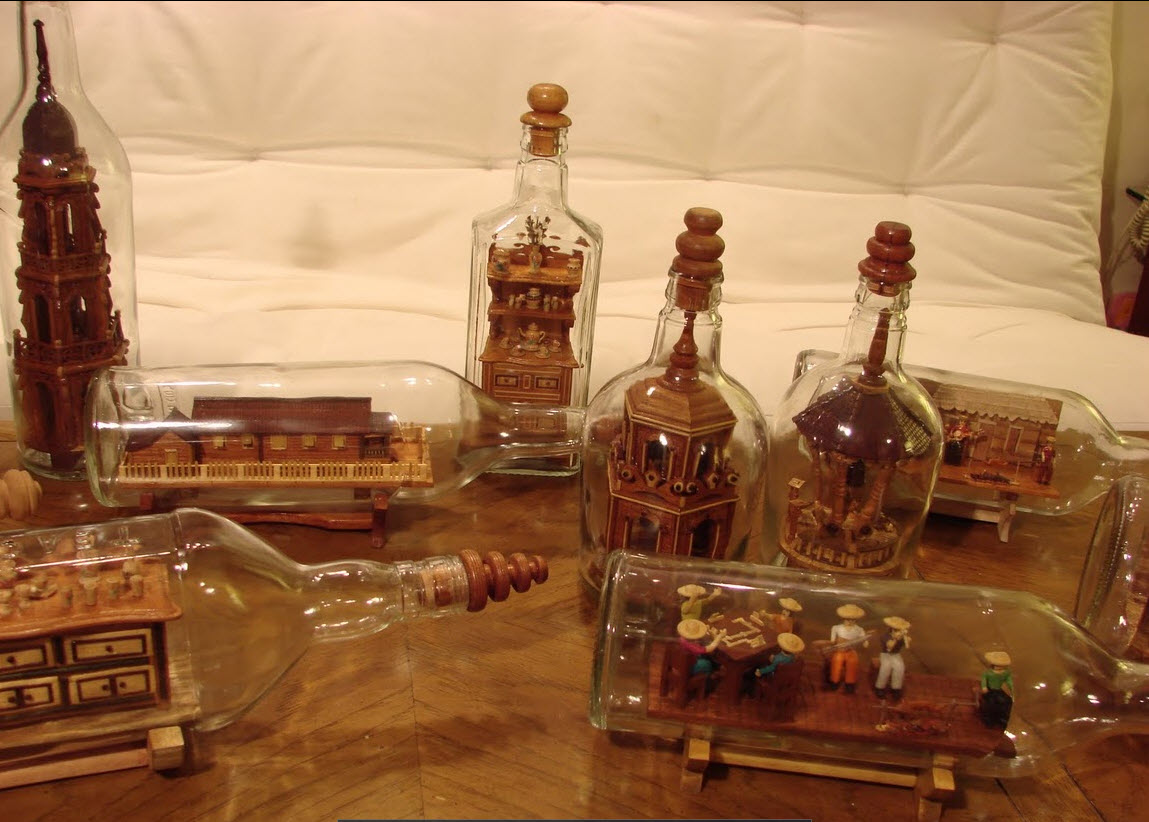