R.F.C. Bartley, now deceased, resided in Westbury-on-Trym, Brystol, England.  This is a suburb and council ward in the north of the City of Bristol, near the suburbs of Stoke Bishop, Westbury Park, Henleaze, Southmead and Henbury, in the southwest of England. Westbury-on-Trym has a village atmosphere. The place is partly named after the River Trym that flows through it.
He is the author of his well-known book "Models In Bottles," published in London by Percival Marshall and Co. in 1951. In this book, R.F.C. Bartley introduced instructions for bottling scenes and objects other than a typical ship in bottle.  After spending two years in what he called his experimental  period, a method for bottling nearly any design evolved.  The book compiles detailed information and drawings to give a wide and detailed explanation for making a wide variety of various models. 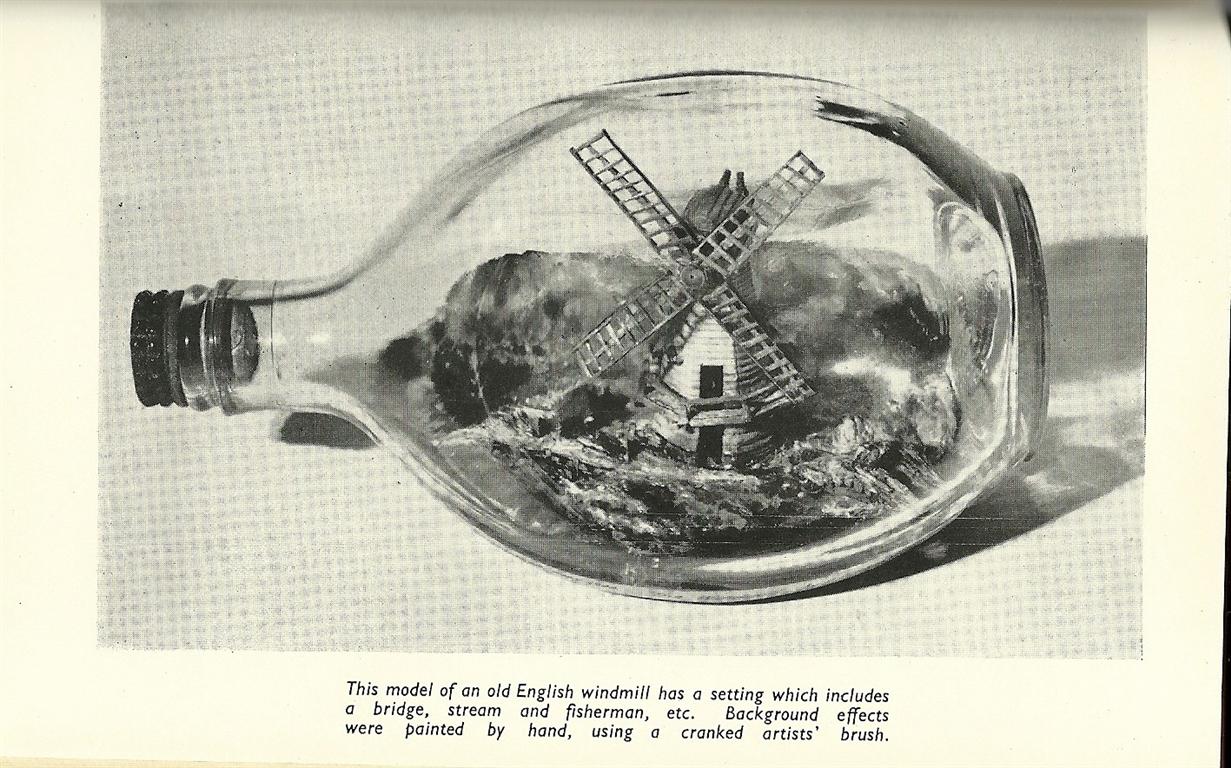 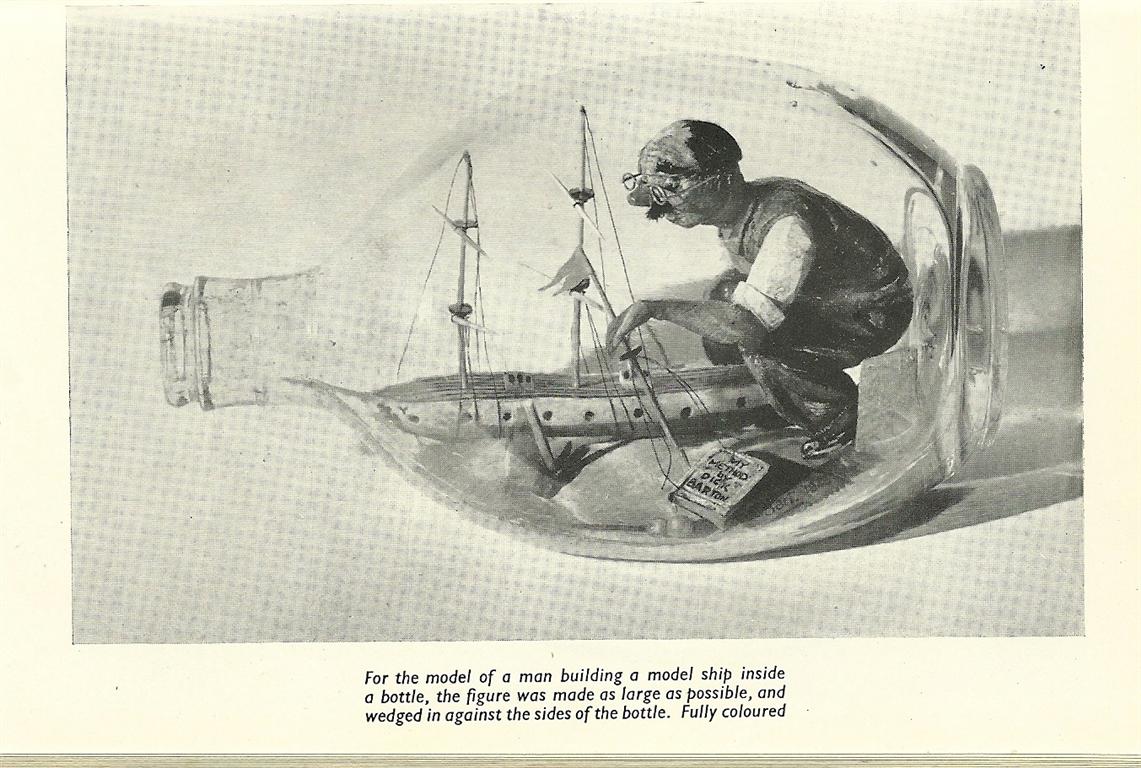