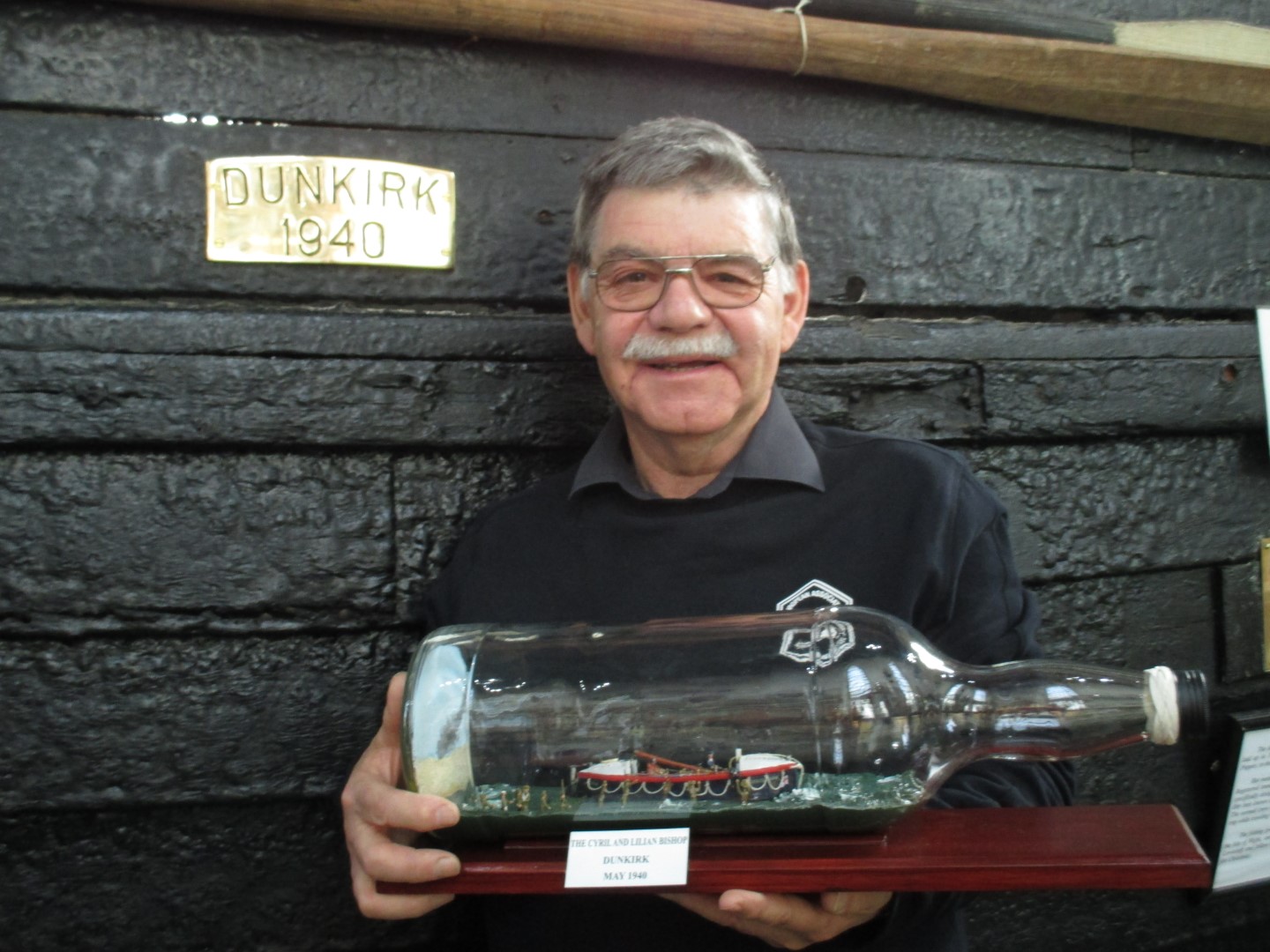 Robert “Bob” Arrowsmith was born on September 27, 1945. He was from Crewe, England and lived in Peterborough, England.

He was a talented and imaginative modeler of objects in bottles but was also a great ambassador for the craft, always looking for ways to promote it. He would set up his display stand at a number of venues over the past few years and loved nothing better than interacting with people as he demonstrated putting a ship in a bottle at these events. 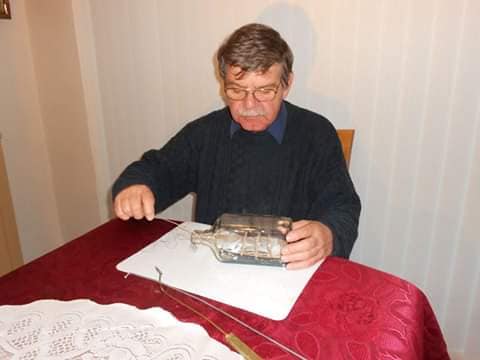 Determined to bring the craft to a wider audience, he wrote numerous letters the Greenwich Maritime Museum in London, and other similar venues. He succeeded in raising the awareness of the Museum, who agreed to provide more display space for their large collection of Ships in bottles that had been held in storage.

He worked constantly to promote the European Association of Ships in Bottles and was responsible for organizing conventions at Great Yarmouth, and at the Chatham Historic Shipyard in 2016.

Earlier in his life he served an apprenticeship with British Railways; 12 years with Corps of Royal Electrical and Mechanical Engineers (REME), a corps of the British Army that maintains the equipment that the Army uses; and, 9 Years with National Health Services Ambulance Service Emergency medical services in the United Kingdom which provide emergency care to people with acute illness or injury. He also owned two BMW motorcycles which was a huge love in his life.

The following are two articles Bob wrote for the American Association of Ships in bottles publication "The Bottle Shipwright." 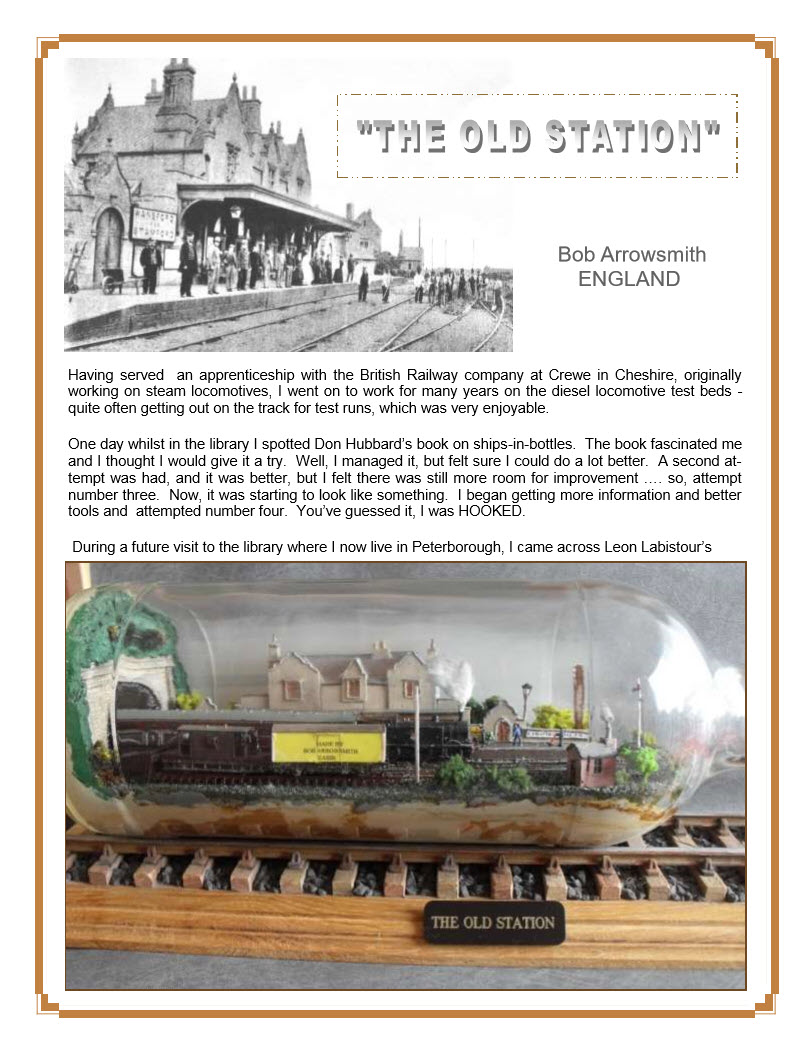 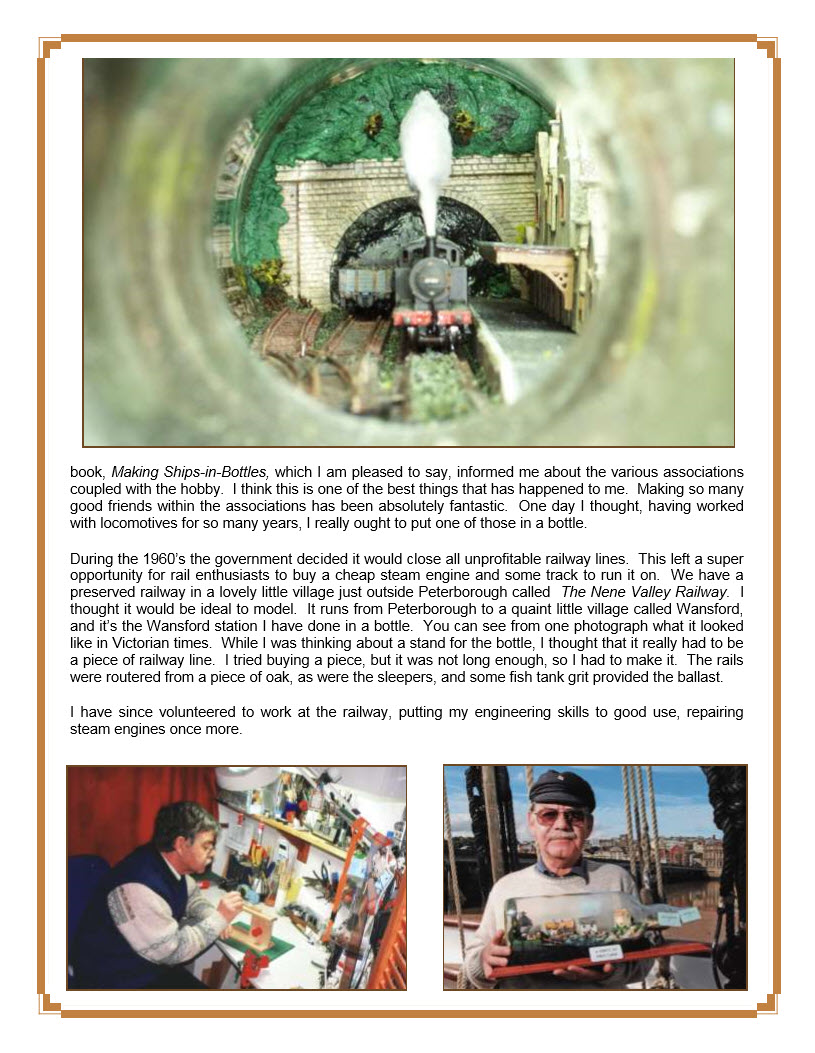 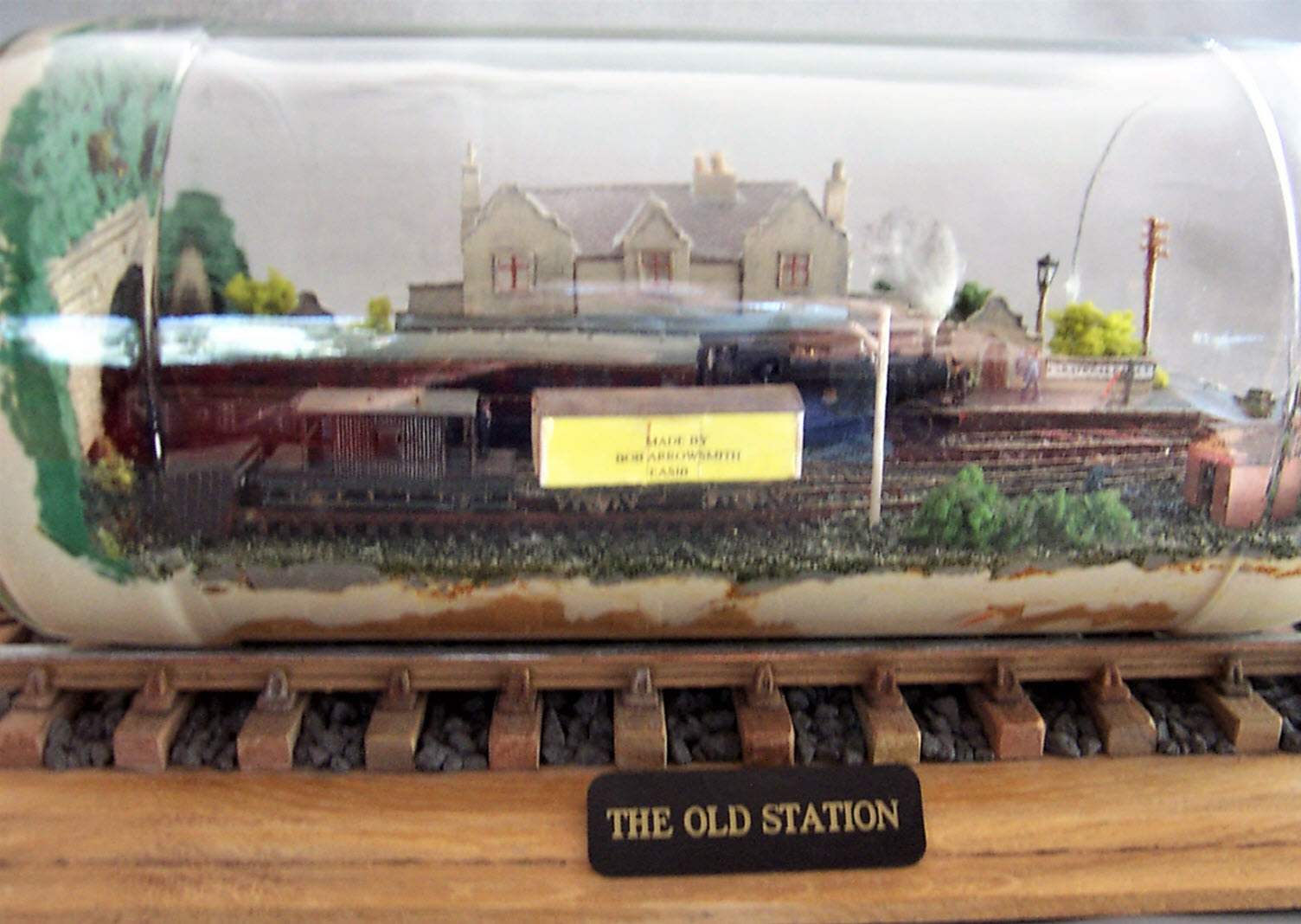 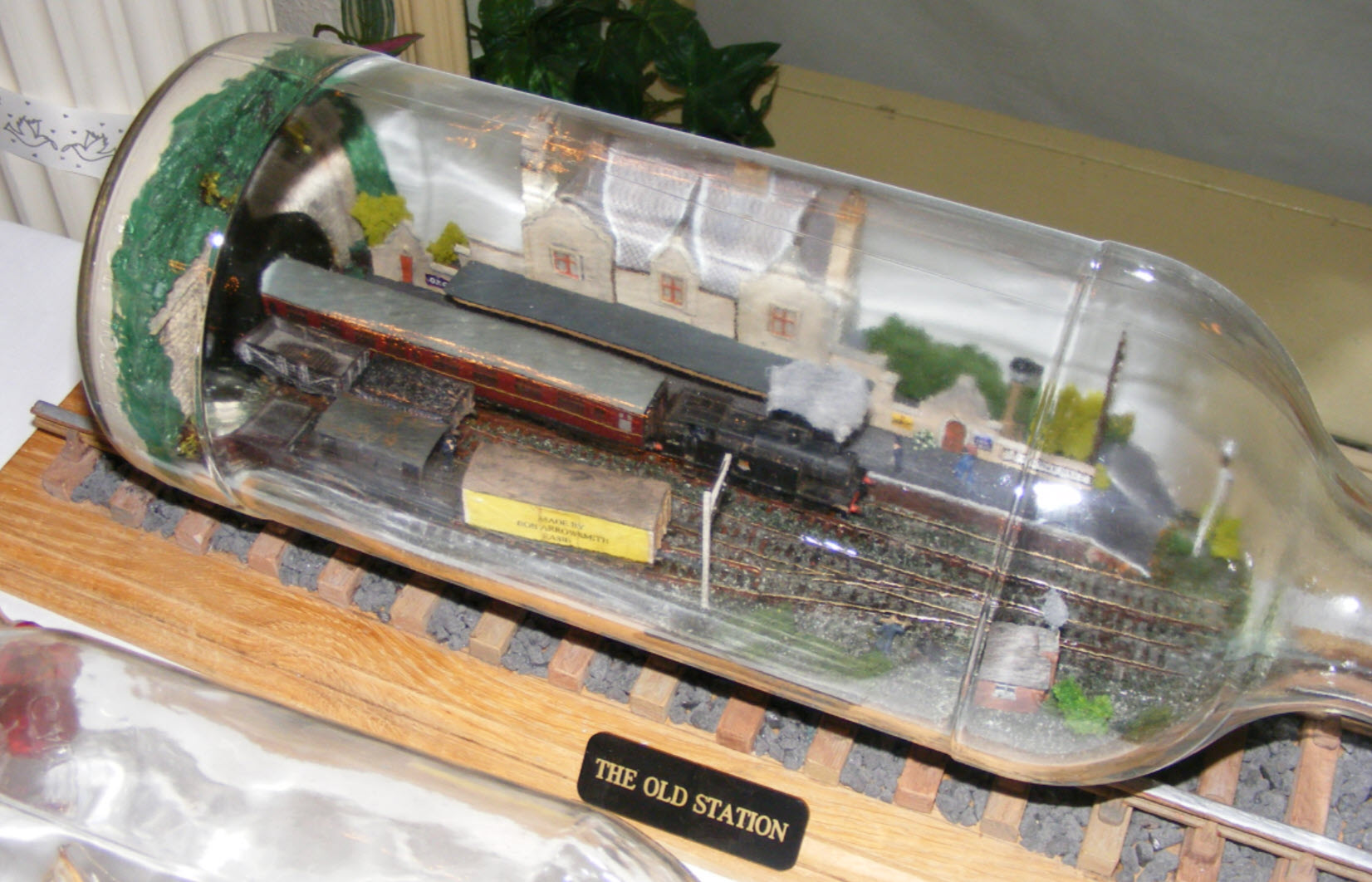 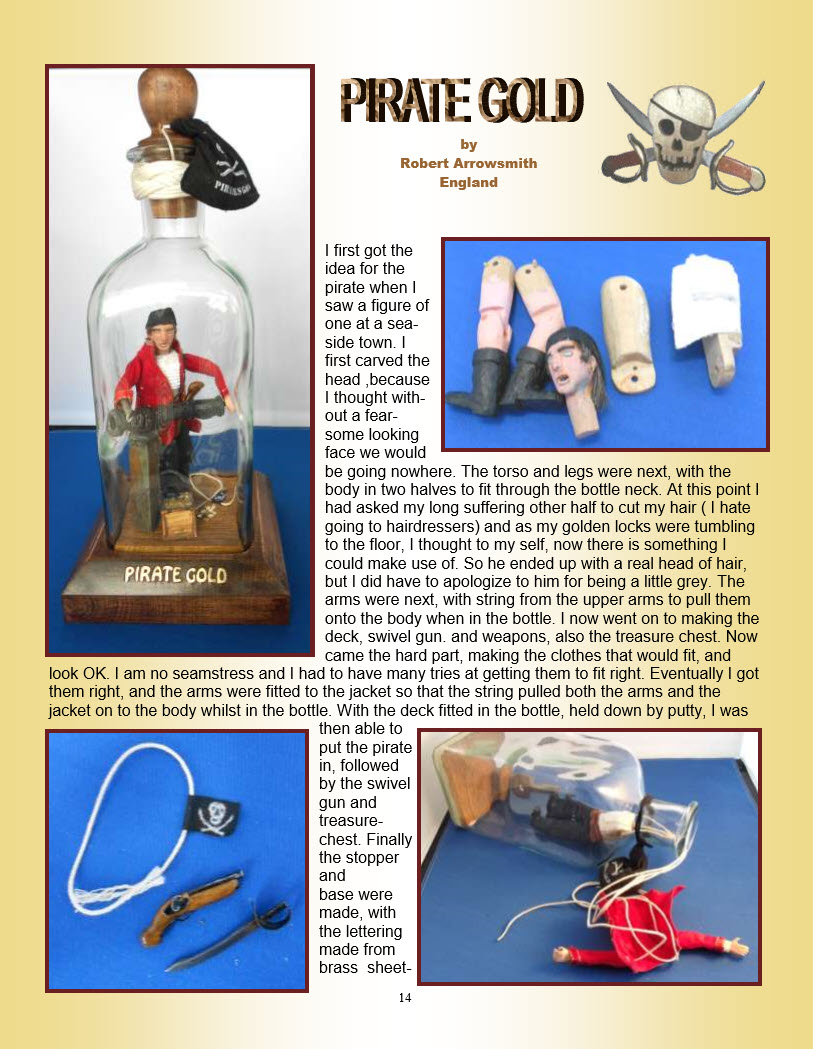 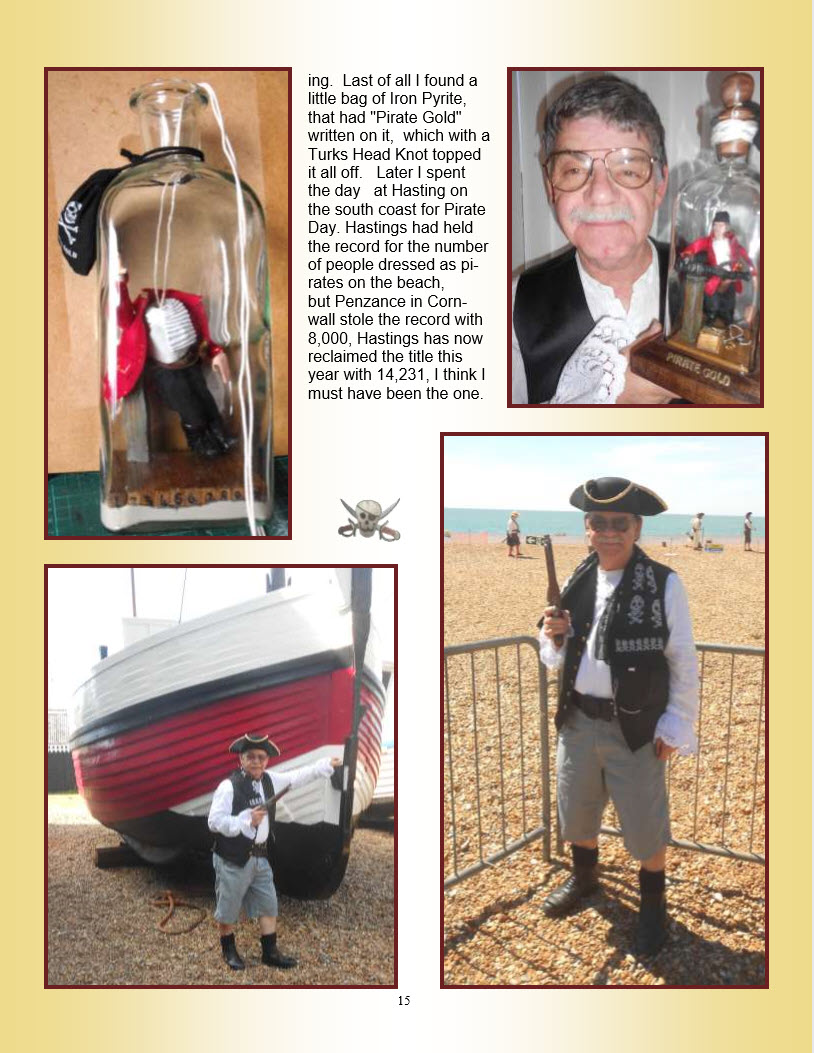 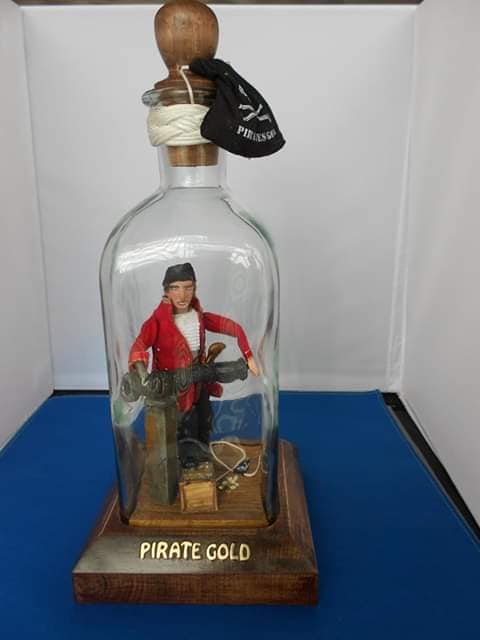 Other Bottles by Bob Arrowsmith