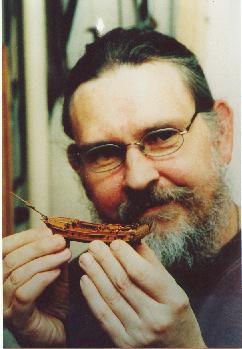 Bernd Braatz was born March 4, 1954 in Berlin. After high school hee started professional training as an employee at a boat yard in Berlin where he was as a boat builder and built rowing boats for races until 1979. After 1979 he worked at the Technical University Berlin at the “Versuchanstalt Fur Wasserbau und Schiffbau.” It was at this hydrodynamic institute where he built scaled detailed models for tank testing and performed work as a model builder and pattern maker.

He first learned of the art of putting ships in bottles by model builder Hans Nensa and in 1980 he built his first ship-model and the passion took hold. The first 10 years he built all kinds of ships, from Brigs, Barkentines, Full-rigged ships and all of the P-liners (Peussen, Potosi, and Pamir). Since then he has built many models in bottles as well as in showcases in 1:150 or 1:200 scale.

Over the years he has produced exquisite ships-in-bottles and has participated in many competitions and exhibitions becoming the German champion and vice world champion in ships-in-bottle-building. In his more than 16 years of model building he has produced, among others, a Yankee Whaling Bark of 1850 in a 5-liter bottle, complete with forestays and ratlines, tryworks, windlass and other deck fittings, a figurehead and a carvel whaleboat. His work is in the permanent collection of the Museum fur Verker und Technik in Berlin.

Among his many Awards: 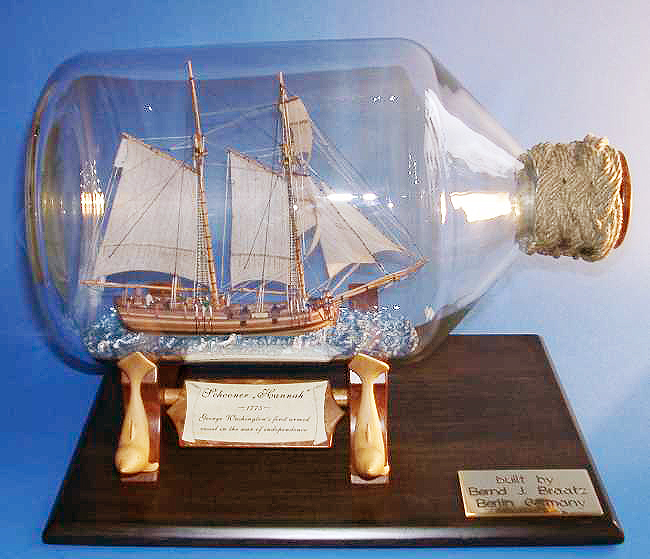 Bernd Braatz is a member of both the Ships-in-Bottles Associations of America and of Europe, as well as the Nautical Research Guild. He has won a silver medal for his Nordic Sloop, Circa 1896, and a gold medal for his Whaling Bark, Circa 1850 at the 1994 Friendship Modeling Competition in Hamburg, as well as numerous other prizes including six gold medals, awarded in Germany. He took part in the German Championship in ship modeling and the World Championship, in Poland, in 1998, where he won another three gold medals. His model of Hannah won him the title, “German Master 1998.”