The following article was written by Alan Rogers, Editor of Bottleship, the magazine of the European Association of Ships in Bottle 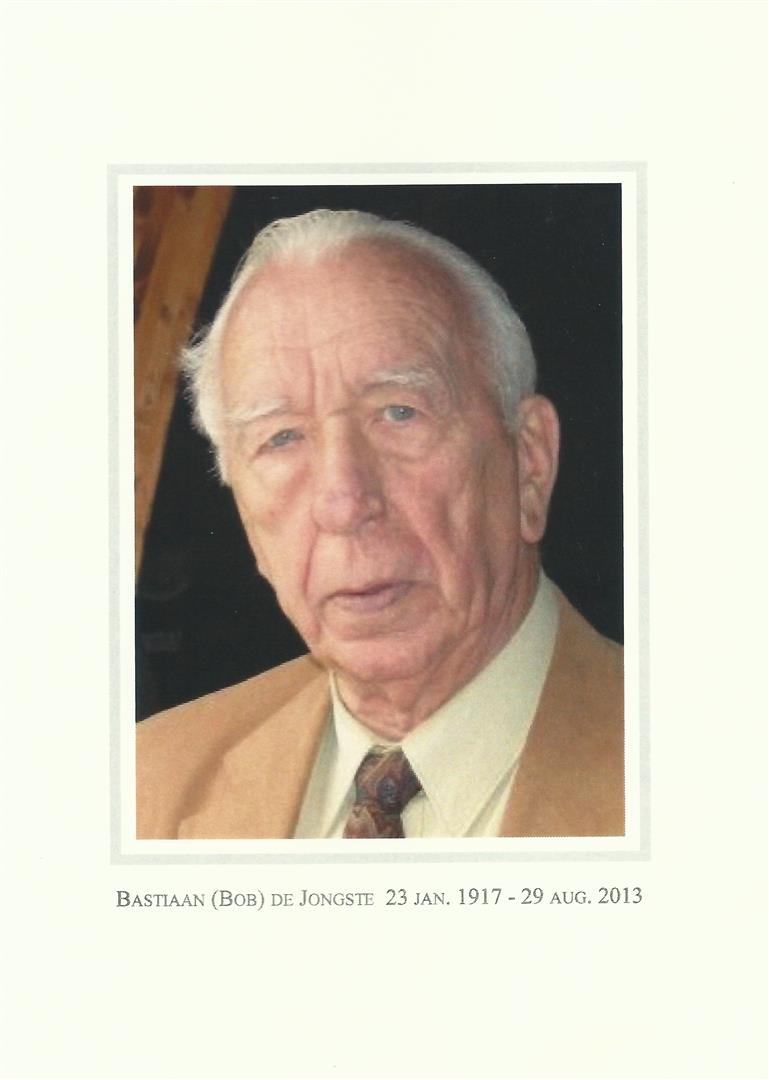 Born on the 23rd of January 1917, Bastianne was known to everyone as Bob, for short,  He took an early interest in circus acts and was so fascinated by spinning-rope tricks that a circus took him on for about 2 months, riding, roping and shooting. Then his father told him that it was time to find a proper job and he went to work for the Dutch airline KLM where he was also invited to join the cabaret club, run by the personnel association where he became part of a cowboy band and did some tricks with lassos and spinning ropes. When the  president of KLM thought that this junior employee was paying a little too much attention to his daughter, Bob was transferred to Amsterdam Airport to be trained as a line-inspector for South America. However, the second world war broke out so the South American plans went on hold.

In March 1944 Bob was arrested by the German Gestapo on many charges including smuggling pilots back to England. And was sentenced to death! According to the Gerrman records he was officially executed in September 1944 at Fort Blaukappel near Utrecht, but in fact was liberated by the Russian Army on the 27th of April 1945.  His own brother, had been told of the existence of the urn which contained Bob?s ashes and Bob told me once that it was only with the greatest difficulty that he finally convinced the Dutch authorities after the end of the war that he was still alive.

When he came home he started his own import and export business and took up flying, first as a private pilot but later on gained his professional license plus an instructor?s license for small single engine aircraft. In the meantime, he had raised a family of three boys ( who all are good at spinning ropes, he said ). He then worked as the export manager for an American company for ten years until he retired in 1974. at the age of fifty seven.

His inauguration into the world of ship-bottling began in 1961 when he was passing through Copenhagen on his way to Stockholm: Walking around the shops, he saw a ship in a bottle. and was intrigued by it. The shopkeeper showed him a second one and on the return journey from Stockholm he visited the shop again to buy the other one as well, only to find that it had been sold ! Undaunted, he made the decision to start making his own and went on to make over four hundred, many of which subsequently found their way to destinations all over the world, including the USA, Australia, the Far East and South America.

Bob was instrumental in helping to set up the European Association of Ships in Bottles in 1982 and also the Dutch Association in 1985 and he was deeply committed to the development and survival of both.  He produced the Dutch Association magazine "Welkom aan Boord" for the first six years and was instrumental in setting up exhibitions of ships in bottles in the Netherlands on more than one occasion. For many, many years he was  a regular contributor to the European Association magazine, 'The Bottleship': His regular feature entitled ?From Holland with love? contained a lovely mix of humour, puzzles, instructional articles especially for beginners and general snippets of information on maritime subjects.

On a personal note, although we never met we exchanged letters several times a year and occasionally chatted on the phone. He gave me tremendous support as editor, especially in my early days. Along with Max Truchi in France, Bob was to become one of the 'founding fathers' of the bottleship movement in Europe. He's going to be missed !

He always said that he was happy to know that somewhere in the world his ships would be in existence, ?long after the ashes of the builder had been absorbed by Mother Earth.?

Editor of Bottleship, the magazine of the European Association of Ships in Bottles 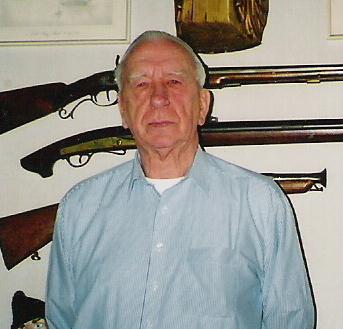 My full name is Bastiaan de Jongste, which in Dutch was shortened to Bas. Unfortunately my foreign friends pronounced it sometimes as "Boss", others as "Bess" and some others even called me bastard. So in order to satisfy all parties I asked people to call me Bob for short. I was born on the 23rd of January 1917 when the whole family, except my ten year old brother" was down with the Spanish flu. I had a very pleasant youth. In 1936 I finished high school. At time it was hard to find a job, but I was not in a great hurry since I had earned a nice holiday after my exams.

One evening, I went to the circus with my eldest brother and his wife, who had invited me. Some years ago a friend of mine, who was a boy-scout, had taught me how to spin a rope and I became quite good at it. In the circus there was a cowboy-group and they fasci­nated me since they performed some spinning-rope tricks I had never seen before. I went to see them and to make a long story short, I stayed with them for about 2 months, riding, roping and shooting. I had a wonderful time, but one day my father told me that it was time to find a white-collar job. I found one with KLM Royal Dutch Airlines. The KLM personnel asso­ciation had a rather big cabaret club and I was invited to join. We formed a cowboy band and we did some tricks with lassos and spinning ropes. Every year we had a big show followed by a dance. The presi­dent of KLM thought that I was dancing too often with his daughter, so a few days later I was transferred to Amsterdam Airport to be trained as a line-inspector for South America, reason why I had to study Spanish. However, the war broke out so the South American plans were stored in the refrigerator for the time being.
On March 12, 1944 I was arrested by the German Gestapo on many charges, a.o. smuggling pilots back to England. The German Air Command sentenced me to death and I was officially executed in Sep­tember 1944 at Fort Blaukappel near Utrecht, but since I am still alive, something went wrong in the German administration. My brother, who was a police-officer, arrested my German lawyer just after the war and he told my brother that he had seen my urn with my ashes. A mystery that never was solved! I was liberated by the Russian Army on the 27th of April 1945. When I came home I was a little bit wild and I didn't go back to KLM. I started my own import and export business and I also took up flying. First as a private pilot but later on I got my professio­nal license B3 plus an instructors license for small single engine aircraft. In the meantime, I had raised a family, 3 boys who all are good spinning-ropers, so it was time to look for a more steady job with a regular income. I became the export manager for an American company and I was very successful during the ten years that I worked for them. When I was 57 I retired.
During one of my travels to Stockholm, we made a stop at Copenhagen. At one of the tourist-shops in the airport, I saw 2 SIB's and I loved them so much that I bought one. In Stockholm I regretted that I had not bought the other one too, so on my way back home, via Copenhagen, I went to the same shop, but the lady told me that the other bottle had been bought by some other passenger. Then I decided to build my own and since that time I have built more than 400 SIB’s. Nowadays I am making hardly any SIB's, since my eyes are not that sharp anymore. However a young generation can take over! I love you all!
"Bob" de Jongste, the Hague, Netherlands
"A History of Ships in Bottles" - Article by Bastiaan "Bob" de Jongste
Other examples of this Artist's work - Click on a picture to enlarge