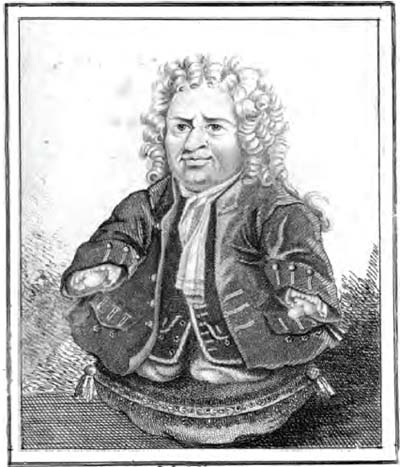 Matthew Buchinger, also known as Matthias Buchinger, was born in Anspach, Germany in 1674 and was one of the most well known performers of his day. He supposedly played over a dozen musical instruments, danced the hornpipe, and was an expert calligrapher, magician, and bowler, and stunning marksman with a pistol. All of those accomplishments are even more impressive when you realize that he had no arms or legs and stood only 28 inches high.

His skills certainly seemed to impress ladies as he was married at least four times and fathered eleven children. There is a story that one of his wives was abusive and insulting - he put up with the behaviour until he simply snapped and he knocked her to the ground and thrashed her publicly. The event was immortalized in the form of a caricature published in the newspaper the following day.

During his lifetime, Buchinger performed for many kings – three successive kings of Germany – and several times before King George.

Of all the imperfect beings brought into the world, few can challenge, for mental and acquired endowments, anything like a comparison to vie with this truly extraordinary little man. Matthew Buchinger was a native of Nuremberg, in Germany, where he was born, June 2, 1674, without hands, feet, legs, or thighs ; in short, he was little more than the trunk of a man, saving two excrescences growing from the shoulder-blades, more resembling fins of a fish than aims of a man. He 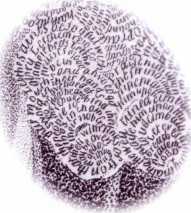 was the last of nine children, by one father and mother, viz. eight sons and one daughter; after arriving at the age of maturity, from the singularity of his case, and the extraordinary abilities he possessed, he attracted the notice and attention of all persons, of whatever rank in life, to who he was occasionally introduced.
It does not appear, by any account extant, that his parents exhibited him at any time for the purposes of emolument, but that the whole of his time must have been employed in study and practice, to attain the wonderful perfection he arrived at in drawing, and his performance on parlous musical instruments; he played the flute, bagpipe, dulcimer, and trumpet, not in the manner of general amateurs, but in the style of a finished master. He likewise possessed great mechanical powers, and conceived the design of constructing machines to play on all sorts of musical instruments.
If Nature played the niggard in one respect with him she amply repaid the deficiency by endowments that those blessed with perfect limbs could seldom achieve. He greatly distinguished himself by 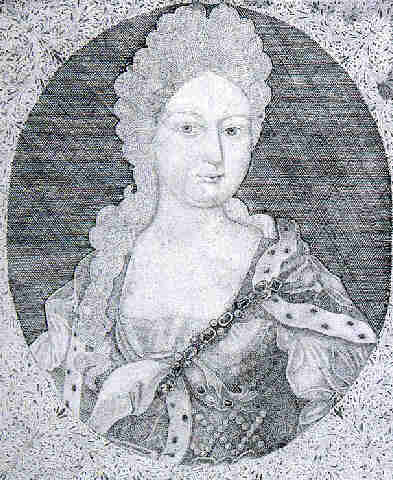 beautiful writing, drawing coats of arms, sketches of portraits, history, landscapes, etc., most of which were executed in Indian ink, with a pen, emulating in perfection the finest and most finished engraving. He was very skilled in most games of chance, and the most experienced gamester or juggler could obtain the least advantage at any tricks, or game, with cards or dice.

He used to perform before company, to whom he was exhibited, various tricks with cups and balls, corn, and living birds; and could play at skittles and ninepins with great dexterity; shave himself with perfect ease, and do many other things equally surprising in a person so deficient, and mutilated by Nature. His writings and sketches of figures, landscapes, &c., were by no means uncommon, though curious; it being customary, with most persons who went to see him, to purchase some-thing or other of his performance; and as he was always employed in writing or drawing, he carried on a very successful trade, which, together with the money he obtained by exhibiting himself, enabled him to 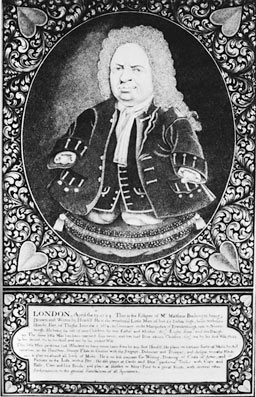 support himself and family in a very genteel manner. The late Mr. Herbert, of Cheshunt, in Hertfordshire, editor of "Ames's History of Print- had many curious specimens of Buchinger's writing and drawing, the most extraordinary of which was his own portrait, exquisitely done on vellum, in which he most ingeniously contrived to insert, in the flowing curls of the wig, the 27th, 121st, 128th, 140th, 149th, and the 150th Psalms, together with the Lord's Prayer, most beautifully and fairly written. Mr. Isaac Herbert, son of the former, while carrying on the business of a bookseller in Pall-Mall, caused this portrait to be engraved, for which he paid Mr. Harding fifty guineas.

Buchinger was married four times, and had eleven children, viz., one by his first wife, three by his second, six by his third, and one by his last. One of his wives was in the habit of treating him extremely ill, frequently beating and other ways insulting him, which, for a long time, he very patiently put up with ; but once his anger was so much aroused, that he sprung upon her like a fury, got her down, and buffeted her with his stumps within an inch of her life ; nor would he suffer her to arise until she promised amendment in future, which it seems she prudently adopted, through, fear of another thrashing. Mr. Buchinger was but twenty-nine inches in height, and died in 1722.

Special thanks to Bastiaan "Bob" de Jongste for providing this text, and to Alan Rogers for allowing his pictures of Buchinger's bottles shown below to be used.