In No. 13 of the Dutch series Ships History, Ab Hoving and Cor Emke wrote an article about the reconstruction of a ship called Haringbuis; a ship used to catch herring. The name “haringbuis” or “busen” was used from about the 12th century. There are a lot of paintings where you can see what kind of ship it is and how it look likes. It is typical for this type of ships that de breeding mast and the main mast laying down on the deck during the time that the catch the fish. But no one knows exactly how it works and what the details on deck looked like, and it was also unowned how the stern was situated.

Hoving and Emke made a reconstruction that situated the greatest chance of success for de real Haringbuis. The description of the hull and especially the breeding and main mast and the used rigging are very different from other types of fishing ships. On the main sail and the sail on the breeding mast the used sprout purse. When the for-and-main beam where getting down the sprout purse pull the sails to the mast. Therefore the crew did not have to enter the mast up to the beams every time the masts where getting down (and that where many times). The pictures of the reconstruction model, the drawings, and the description in the article was the motivation for me to build such ship in a bottle. A type of ship that was so important for de Dutch economy. 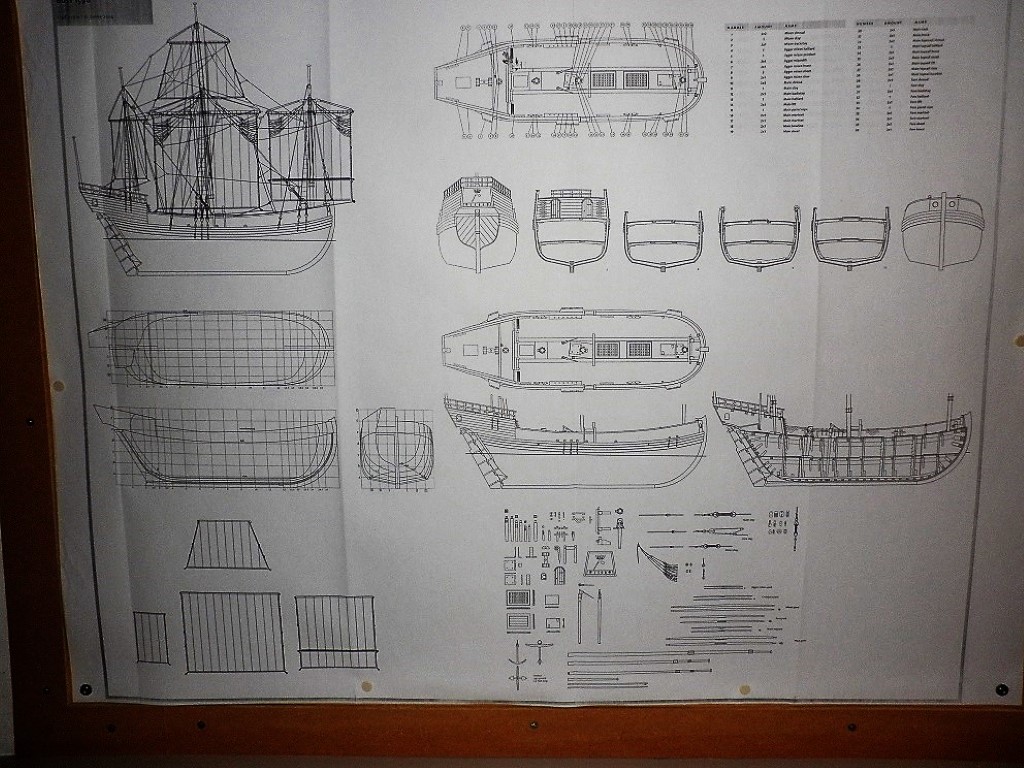 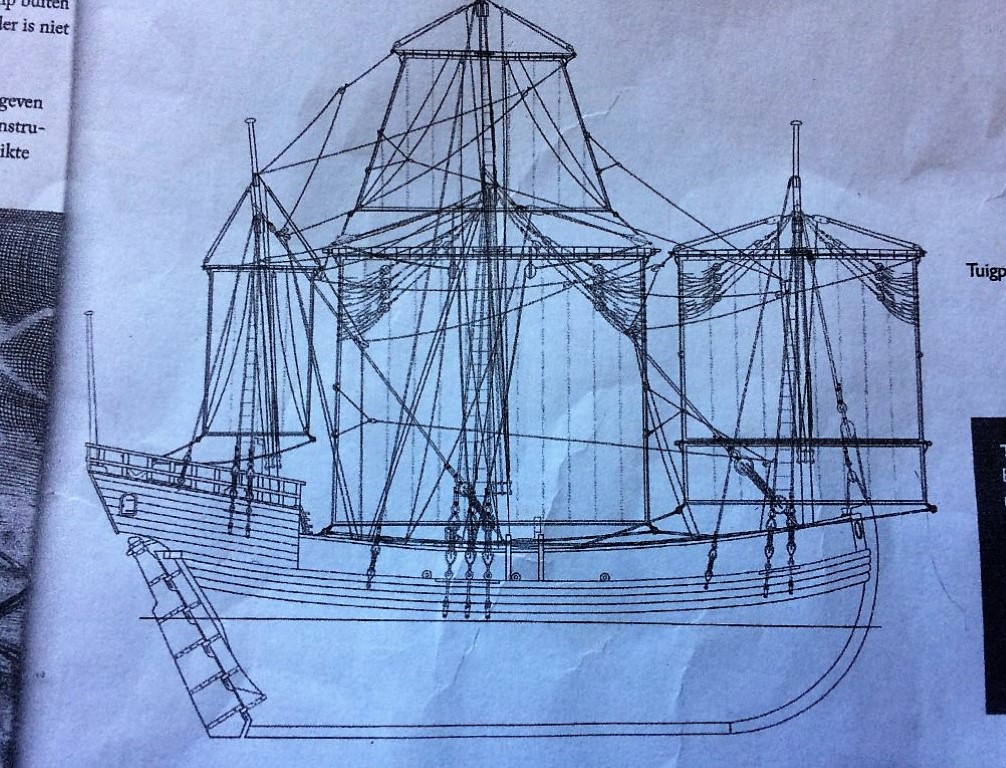 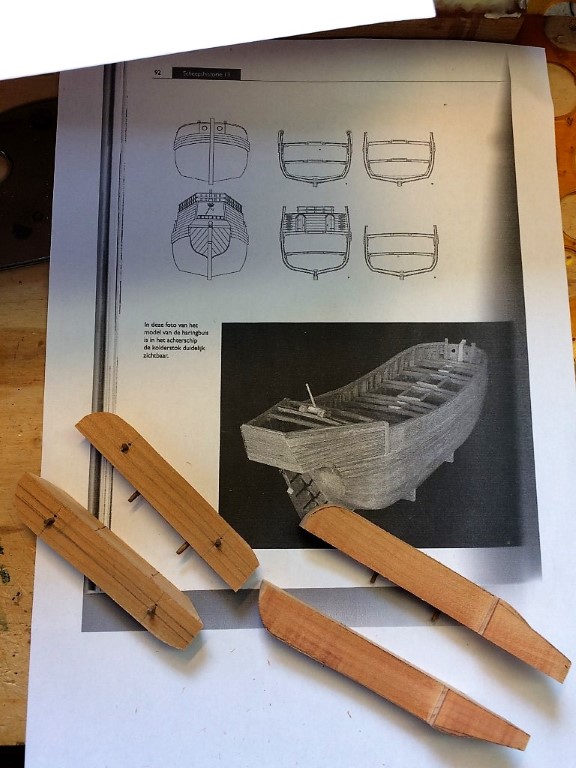 Therefore I went to my attic to find a fine bottle. I found one whit a bottleneck of 31 mm. So the hull was made in two parts (upper and lower part) and both parts went smoothly into the bottleneck. I have built my SIB as it was in the article but the way the stags from the main mast and the mizzen mast where tided on the deck was not clear. It looks like they are fixed on the mast before them, so the stag from the mizzen mast was fixed on the foot of the main mast and de stag from the main mast was fixed on the foot of the breeding mast. But………..if that was so, the mizzen mast was free from support for the wind coming from the stern. And, during the time the ship was catching the fish the ship was sailing backwards by using the sail from the mizzen mast. This was necessary for keeping the nets tight. A few months earlier I saw a model of another herringbuis from the same period and there the stags were fixed on a great wooden block, on deck, a little out of the centre of the deck. And that was the way I used. I drilled a hole through the block and made a gutter in the bottom of the upper hull part for letting the stags true. That was necessary because the masts where getting down when the SIB was getting in to the bottle. Both stags where coming out of the hull between two wale’s near the stem.   At that time I found out that it was not possible, whit the channels of the rigging from the main mast, the SIB pushing into the bottle. The planks that keep the stags wide makes the hull to wide. So I had to find another bottle and I did find one.

It was also not sure how the great mast and breeding mast where getting down. No one has ever see nor described that way and also no one had made a drawing of painting of it. So I made two hinges on the feet’s of both masts. I put them into the deck whit two little copper nails. The mast and beams where made out of one part so that was easy. But the rigging on the sails was difficult. It took about a week to make the sprout purse on the fore sail and an anther week to make them on the main sail. To make the damsel block’s I used bone. Whit my lathe I turned parts of 2,5 mm wide and 1,5 mm thick. I drilled 3 holes in it from 0,3 mm and made a curved around the damsel block’s. I used thin copper line to fix the damsel blocks on to the channels. The ropes for the lift of the beams where fixed at the foot of the masts.

I took some time to get everything on the right place and tight but at last the SIB was ready to go into the bottle. On the bottom I put some resin whit grey/green paint in it and put there, when it was almost dry, the standard for de hull. When it was dry I put the under (white) part of the hull in the bottle witch fitted whit small wooden pins in the standard. After that I put the upper part whit masts and sails up the underpart. Getting the masts up was easy, I had only to pull the stags tight.

In/on the bottle neck I made a wooden stop and painted in silver. On top of the stop I put a herring and under de stop I hung 4 small herring fish on thin copper line. A Turks Head knot completed the bottle.